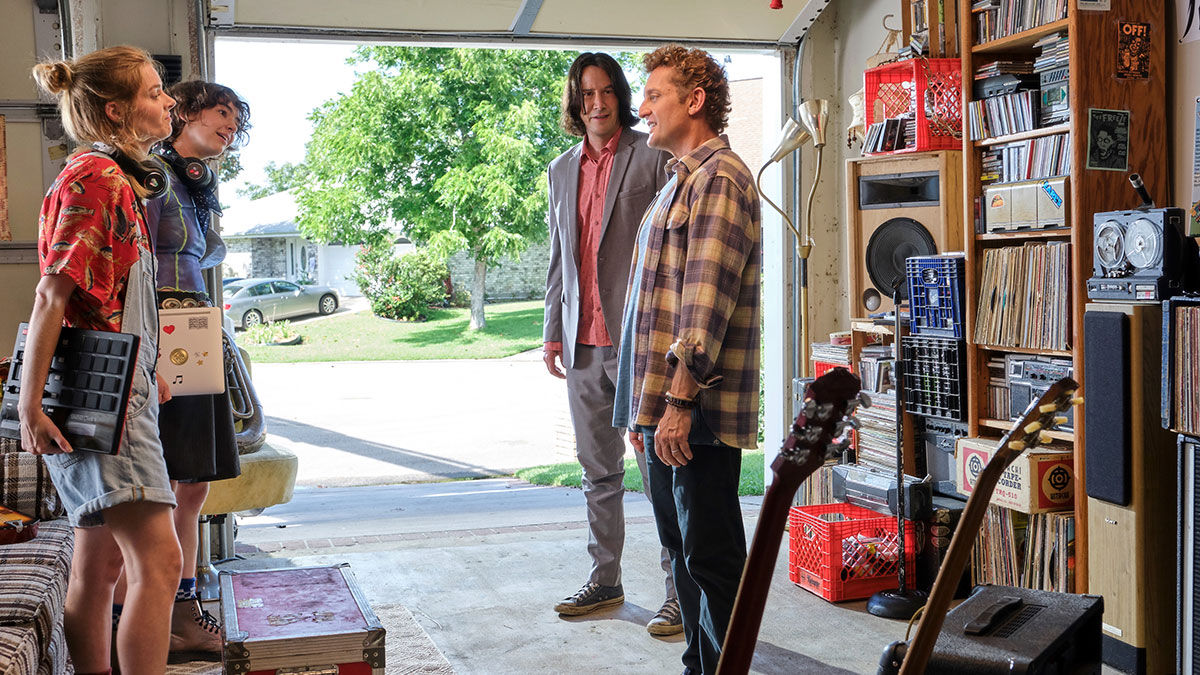 The future awaits when ‘Bill & Ted Face the Music’ arrives on 4K, Blu-ray, DVD, and Digital.

Directed by Dean Parisot and written by Chris Matheson and Ed Solomon, ‘Bill & Ted Face the Music’ see’s Keanu Reeves (‘The Matrix’ films, ‘John Wick’ films) and Alex Winter (the ‘Bill & Ted’ films) reprise their roles as the respective title characters in the third film in the ‘Bill & Ted’ franchise.

The stakes are higher than ever for the time-travelling exploits of William ‘Bill’ S. Preston Esq. (Alex Winter) and Theodore ‘Ted’ Logan (Keanu Reeves). Yet to fulfil their rock and roll destiny, the now middle-aged best friends set out on a new adventure when a visitor from the future warns them that only their song can save life as we know it. Along the way, they will be helped by their daughters, a new batch of historical figures, and a few music legends — to seek the song that will set their world right and bring harmony in the universe.

To celebrate the release there will also be an HMV Exclusive Three Film Collection which for the first time includes ‘Bill & Ted’s Bogus Journey’ on Blu-ray in the UK. ‘Bill & Ted – The Most Excellent Collection’ also includes the 4K restoration of Bill & Ted’s Excellent Adventure on Blu-ray disc. A fan collection not to be missed.

We’ve got 2 copies of ‘Bill & Ted Face the Music’ on Blu-ray to give away. For your chance to win enter below…