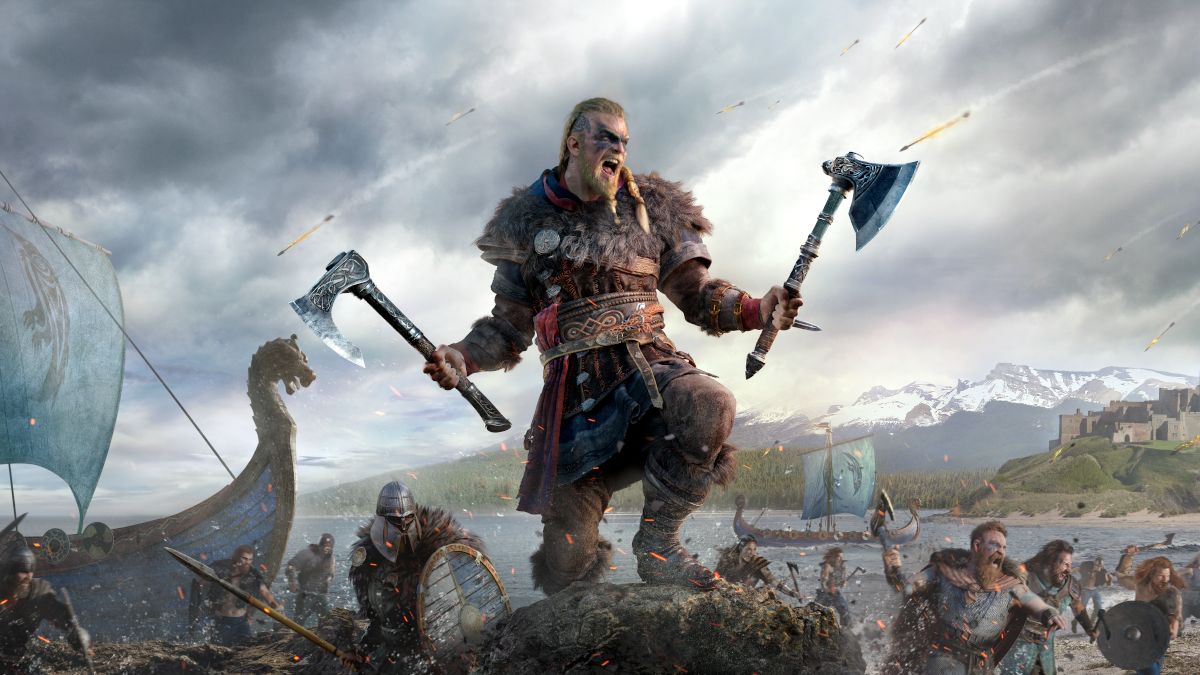 2020 was the worst. The pandemic caused months of uncertainty and fear, but thankfully video games have provided millions of people with a way to escape from the madness. Due to massive delays to release dates and development being affected by studios adapting to the current climate, this year has been an odd year for games. While it has been a struggle, I managed to find ten games that kept me (kind of) sane this year.

Capcom hit a home run with their remake of Resident Evil 2 and it was easily one of my favourite games of last year and the hotly anticipated follow up was……. pretty good. There were a few omissions to the main plot, but the story managed to keep a quick pace, thanks in part to fantastic performances and excellent presentation. The effective gameplay systems from the previous game return to fine form, but a short running time and underutilisation of Nemesis hurt the game, overall.

Ubisoft switched up the formula with Assassin’s Creed: Origins and further expanded that with Odyssey. Valhalla moves to the fan-requested Viking era and removes a lot of the fat that bogged Odyssey down. It is still a little too bloated, but as an open world Viking based RPG, you cannot go wrong with this one.

I hate games that force me to keep moving, I like to take my time and plan my moves. Locomotion based games like ‘The Club’ do not do it for me. Then there’s Ghostrunner, where you can play as a cyborg ninja who runs along walls, slashing enemies to death with a katana in slow-mo. Erm, yes please. Incredibly smooth combat with a 1-hit kill format, like the fantastic Hotline Miami is aided by incredible visuals and an awesome soundtrack.

Insomniac knocked it out of the park with their first attempt at a Spider-Man game and this expansion follows on brilliantly and gives Miles Morales the spotlight. The story holds up on its own and sets up the sequel, all while maintaining the slick gameplay. Using the PS5’s feature set to great effect, Spider-Man 2 is high on my most anticipated list.

The original PS3 title passed me by and it wasn’t until Dark Souls when I fell in love with the series. While the formula is a well-travelled road, developer Bluepoint manage to make it feel fresh and prove they are technical masters by showing off the PS5 as a true next gen console.

With all the cards stacked against it before release, Naughty Dog followed up their smash hit excellently. The narrative may be divisive, but I thoroughly enjoyed it, despite poor pacing. Gameplay enhancements make the game feel more expansive and dangerous and from a technical aspect, there is no studio that comes close to Naughty Dog’s excellence.

Persona 5 is one of the best RPG’s of all time and while this may seem like just a re-release, Persona 5: Royal adds far more to the game than you’d believe. My final playtime was almost 120 hours and like the base game, the level of quality of maintained for every single hour. Very few games can achieve that feat.

I played the original as a kid, but not enough to cement it as a classic (I was more obsessed with Grandia), so this was my first ‘real’ experience with the story, well the first portion of the story. There is a ton of content added and these are not small additions, they fit in beautifully. The combat system is a refined version of Final Fantasy XV, feeling closer to Devil May Cry. Hopefully, Square Enix keep up the momentum.

An open-world samurai title from Sucker Punch can’t possibly fail, right? Apparently not. With a story that Akira Kurosawa would be proud of, immensely satisfying combat and a visually and audibly arresting world, Ghost of Tsushima is a must-play for PS4/PS5 players.

Supergiant Games haven’t missed a beat yet and Hades leaps them to the forefront of top tier developers. Supergiant continue their trend of employing an evolving story that directly feeds off player input and the combat is a stunning dance of death. With incredible art-work and a thunderous soundtrack, Hades isn’t just the best game of the year, it’s one of my favourite games of all time.

To sign off, I would like to give thanks to the developers who tried to deliver the best they can in a terrible year. I think it is safe to say further delays and issues are going to continue into 2021 and that’s OK, as their efforts are paying off.