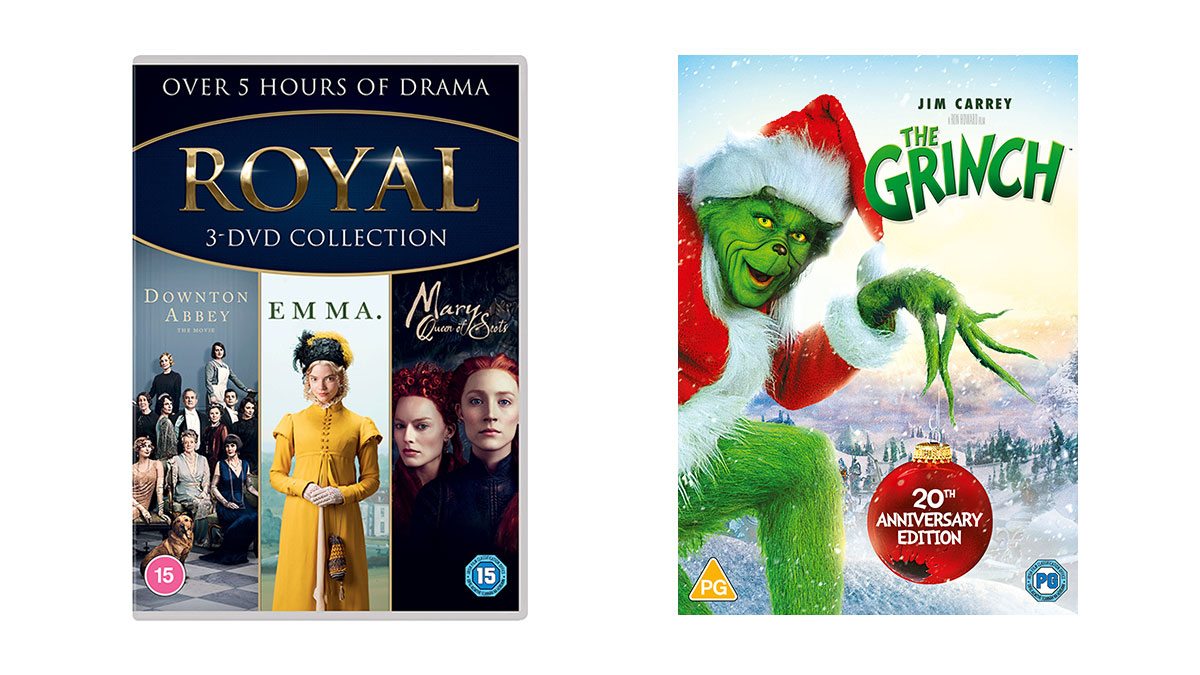 With Christmas looking to be a very different affair this year thanks to the pandemic, we’ve teamed up with Universal Pictures Home Entertainment to give away a film bundle that’ll keep you entertained.

The bundle features the ‘Royal’ 3-DVD collection – ‘Downton Abbey The Movie’, ‘Emma’ and ‘Mary Queen of Scots’ – and ‘The Grinch Who Stole Christmas 20th Anniversary Edition’ DVD. Find out more about all of the films below:

‘Downton Abbey The Movie’ – The worldwide phenomenon, Downton Abbey, returns in a spectacular motion picture, as the beloved Crawleys and their intrepid staff prepare for the most important moment of their lives. A royal visit from the King and Queen of England unleashes scandal, romance and intrigue that leave the future of Downton hanging in the balance. Written by series creator Julian Fellowes and starring the original cast, this grand cinematic experience will have you cheering for your favourite characters all over again.

‘Emma’ – Jane Austen’s beloved comedy about finding your equal and earning your happy ending is reimagined in this delicious new film adaptation of Emma. Handsome, clever and rich, Emma Woodhouse is a restless “queen bee” without rivals in her sleepy little English town. In this glittering satire of social class, Emma must navigate her way through the challenges of growing up, misguided matches and romantic missteps to realise the love that has been there all along.

‘Mary Queen of Scots’ – Mary Queen of Scots explores the turbulent life of the charismatic Mary Stuart (Saoirse Ronan). Queen of France at 16, widowed at 18, Mary defies pressure to remarry and instead returns to her native Scotland to reclaim her rightful throne. By birth, she also has a rival claim to the throne of Elizabeth I (Margot Robbie), who rules as the Queen of England. Determined to rule as much more than a figurehead, Mary asserts her claim to the English throne, threatening Elizabeth’s sovereignty. Rivals in power and in love, the two Queens make very different choices about marriage and children. Betrayal, rebellion and conspiracies within each court imperil both Queens – driving them apart, as each woman experiences the bitter cost of power.

‘The Grinch Who Stole Christmas’ – The Grinch is a bad tempered hairy green creature, who lives inside a cave atop Mount Crumpit, overlooking the village of Whoville. As the Who’s of Whoville frantically prepare for their yuletide celebrations, The Grinch decides to put a stop to Christmas once and for all, and steals all their presents and decorations on Christmas Eve…only to finally come to learn that the true spirit of Christmas goes much deeper than tinsel and toys.

‘How The Grinch Stole Christmas’ 20th Anniversary Edition and the ‘Royal’ 3-Movie Collection are available to own now on DVD from Universal Pictures Home Entertainment.