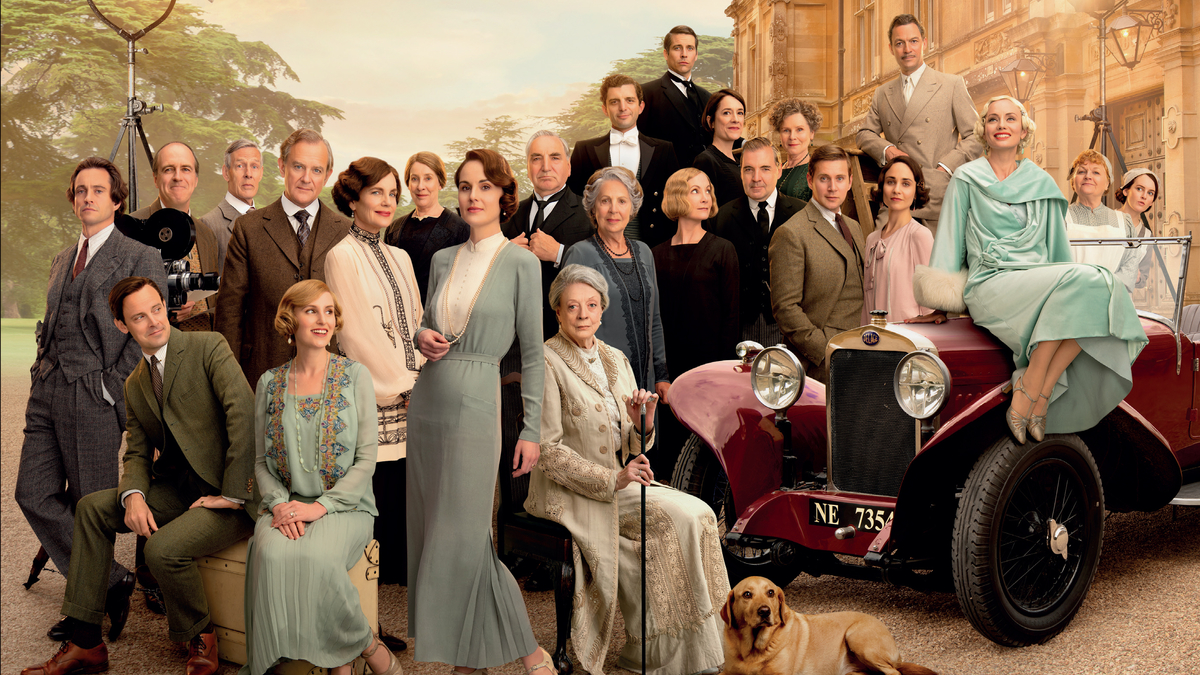 After the two years we have all just endured, it’s nice to fall back into familiar patterns and reacquaint ourselves with the things we once loved. What a welcome sight it is, then, to reunite with some familiar faces from one of the most beloved TV series of the modern era. ‘Downton Abbey’ is, of course, the classic ‘upstairs-downstairs’ tale that completely captivated a global audience. Quintessentially British, and a period-piece that leans in heavily on the drama, makes for quite compelling viewing that has a legion of devoted fans clamouring to spend more time in the company of the Crawley family. ‘Downton Abbey: A New Era’ dutifully obliges with a wonderfully entertaining movie that feels like a warming embrace from an old friend.

When the show ended it was sad to see such a stalwart of British television disappear. But creator and writer Julian Fellowes managed to transport the characters onto the silver screen for 2019’s well-received ‘Downton Abbey’ movie. Now we get the inevitable (but very welcome) sequel that makes full use of its budget to deliver a cinematic treat that still retains the cosy closeness of a TV ensemble. And don’t worry if you haven’t seen the show before – the writing is excellent and completely hooks you in from the start, allowing newbies to get caught up with the family dynamics very quickly and easily.

The ’New Era’ of ‘Downton Abbey’ begins with news that the irrepressible Violet Crawley (Dame Maggie Smith) has inherited a villa in the idyllic surrounds of the south of France. Gifted to her by a former suitor, the air of mystery surrounding this part of her life piques the curiosity of Robert Crawley (Hugh Bonneville) and the rest of the family, who travel to France to sort out the legalities and perhaps shine a light on what happened to lead to such a lavish gift. Back at Downton Abbey, a film crew move in to shoot a big silent movie. With the money generated, Lady Mary (Michelle Dockery) can finally get the dilapidated roof fixed, but what starts off as a few days of shooting becomes a far more interesting proposition for Lady Mary, and for the staff of Downton themselves.

Once again Julian Fellowes delivers a masterclass in screenwriting, delivering a sharp script that simultaneously services the needs of 18-odd major characters in a satisfying and enjoyable way. That’s a remarkable feat, especially without the luxury of episodic television to build upon. I have not seen the series, but I have seen both movies and the concise dialogue and he well-rounded characterisation easily draws in the uninitiated like myself, making this movie work just as effectively as a standalone story that fully captivates your attention.

With Director Simon Curtis on board (who is incidentally Elizabeth McGovern’s real-life husband), the film has an assured pair of hands steering the ship. The film is shot beautifully and fully regales in the splendour of the South of France. This rare outing for the Crawley clan in new, unusual surroundings gives ‘Downton Abbey: A New Era’ a welcome shot-in-the-arm and creates some nice culture-clashes that service the overarching story well. The home-based storyline involving the filming of a movie at the House is very well handled too, with the grandeur of the iconic grounds being well represented onscreen.

The success of ‘Downton Abbey’ is down to the perfect pairing of some astute writing and a talented ensemble who all know how to work well together. Having practically everyone back for this movie was a Godsend (although it’s a real shame that a work scheduling conflict prevented Matthew Goode from being able to reprise his role as Henry Talbot this time around). The Downton collective are all superb and each actor does an exceptional job in getting their stories told in a way that you care about. Again, it’s a very hard task making so many major characters shine at once, but the likes of Hugh Bonneville, Maggie Smith, Michelle Dockery, Penelope Wilton and Jim Carter see to it that the quintessential spirit of the show thrives here on the big screen too. New additions to the cast, including Hugh Dancy, Laura Haddock and Dominic West seamlessly fit into the mix too, and are a joy to watch.

‘Downton Abbey: A New Era’ is a very enjoyable jaunt and one that thoroughly entertains throughout its 2hrs 5min runtime – time that delightfully just flew by for me. Every character gets their moment in the sun, and you feel like you’ve been a part of a series of emotionally driven stories that each hit their marks. To make an ensemble piece work at this scale is remarkable, and to do it whilst retaining the magical charm and grace that fans have grown to love over the years is no mean feat. With everyone delivering a standout performance and with a story that’s both endearing and even humorous at times, ‘Downton Abbey: A New Era’ is exactly the type of movie we need right now. It’s a joy from start to finish and a delight that will stay with you long after the end-credits roll. Let’s hope a third chapter makes its way to us soon – I, for one, would love to return to Downton Abbey for more stories.