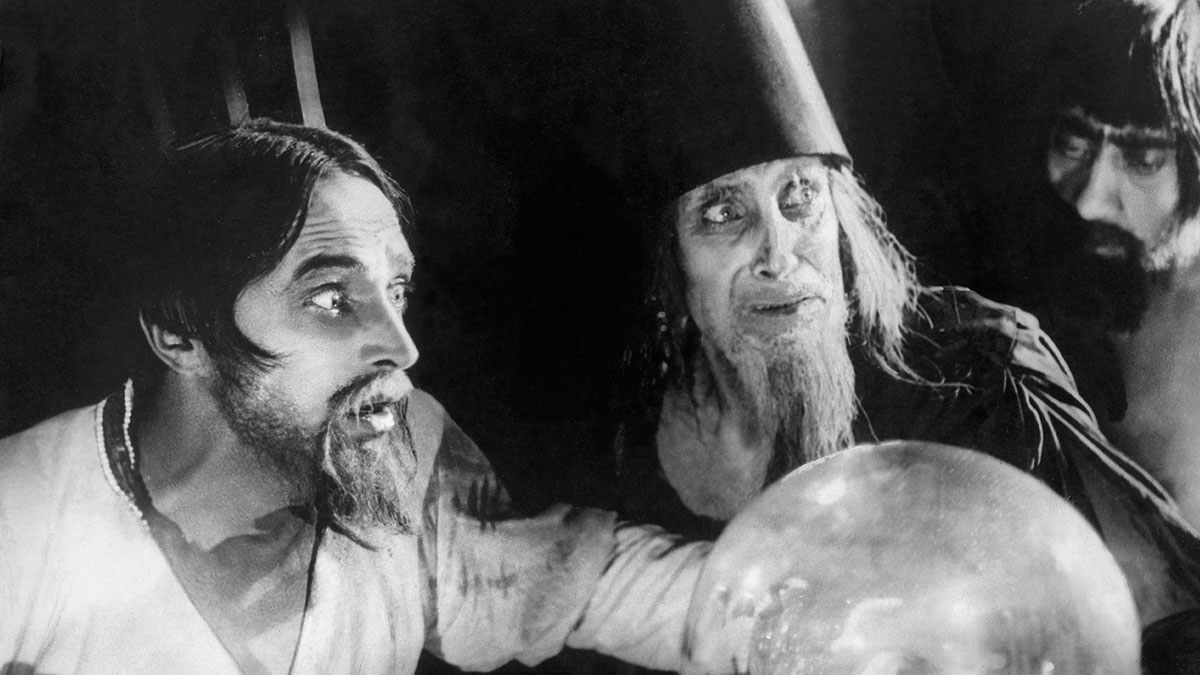 Eureka Entertainment to release ‘Waxworks’, Paul Leni’s expressionist anthology masterpiece, on Blu-ray presented from a new 2K restoration on home video for the first time in the UK. Available as a part of The Masters of Cinema Series from 9th November 2020. The first print run of 2000 copies will be presented with a Limited Edition O-Card Slipcase.

‘Waxworks’ [Das Wachsfigurenkabinett] w​as the final film Paul Leni directed in Germany before striking out for Hollywood and making such classic works of genre filmmaking as ​The Cat and the Canary,​ ​The Man Who Laughs​, and ​The Last Warning. Its sophisticated melding of genres was in fact what inspired Universal’s Carl Laemmle to invite Leni to come to Hollywood in the first place, as Laemmle was hoping to capitalise on the emerging comedy-horror craze of the 1920s. Yet ​Waxworks ​is, at heart, a pure example of German expressionism. Its stylised sets (designed by Leni), fantastical costumes, chiaroscuro lighting, and startlingly bold performances are paragons of the cinematic movement, and contribute heavily to the film’s lasting appeal.

The three separate episodes of ​Waxworks ​are united by the character of a young poet (William Dieterle), who is hired by the owner of a wax museum to create backstories for a trio of the museum’s figures: Caliph Harun al-Rashid (Emil Jannings), Ivan the Terrible (Conrad Veidt), and Jack the Ripper (Werner Krauss). The stories are depicted in succession (one per episode), the poet casting himself—as well as the daughter of the wax museum’s owner—at the centre of each tale. Though the poet and the daughter play different characters in the corresponding plots, they are always lovers whose relationship is threatened by the personages of the wax figures.

As there is no surviving original negative of ​Waxworks​, this newly restored edition—a joint effort by the Deutsche Kinemathek and Cineteca di Bologna, L’Immagine Ritrovata (with funding from the German Commission for Culture and the Media)—is composed of contemporary prints and additional film materials from archives around the world. The elements, including English intertitles, were scanned in 4K resolution and then restored in 2K. Presented by The Masters of Cinema Series and Flicker Alley in a special Blu-ray edition, there is an option of two new scores to accompany the film: one by the Ensemble Musikfabrik (commissioned by ZDF/ARTE), and the second by composer Richard Siedhoff.

‘Waxworks’, a newly restored edition of a landmark in German expressionism, is out now on Blu-ray and can be purchased here https://amzn.to/3eKvWEE

To celebrate the release we’ve got 3 copies on Blu-ray to give away. For a chance to win, enter below…

Advertisement. Scroll to continue reading.
In this article:Eureka Entertainment, Waxworks