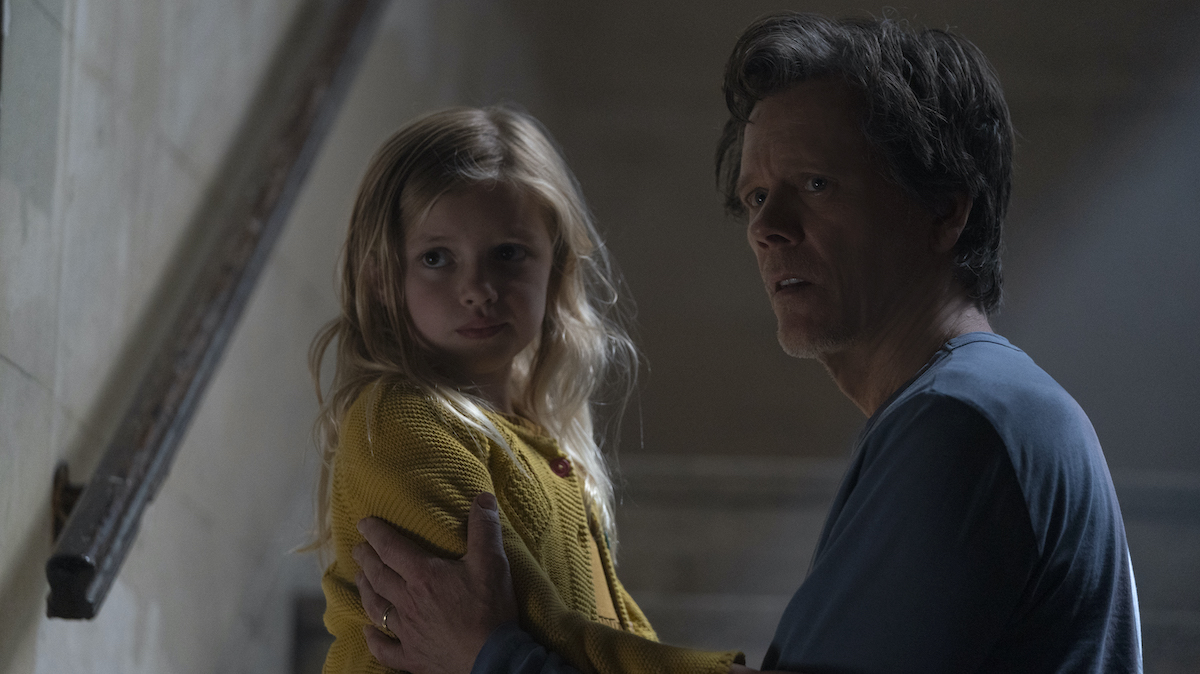 You Should Have Left comes packed with pedigree. Written and directed by Hollywood heavyweight screenwriter David Koepp, and starring Kevin Bacon and Amanda Seyfried, it is the latest film from the Blumhouse factory of horror. But even with all that going for it, the resulting film is a somewhat underwhelming affair that disappointingly shows its hand in the first five minutes.

Kevin Bacon plays Theo, a retired and very wealthy banker who is struggling to cope with something from his past. He listens to anger management podcasts and keeps a journal as an outlet for his anger and jealousy. He is plagued by intense and angry dreams. Amanda Seyfried is Susanna, his much younger actress wife, and the source of much of his jealousy.

During a break in her busy filming schedule, they take a trip with their young daughter Ella (Avery Essex) to a spectacular modern cottage in the remote Welsh countryside. Of course, there is something not right about this house. The layout defies the laws of physics, lights switch on and off by themselves, time moves differently, and there is a malevolent presence lurking in the shadows. It’s all very standard haunted house material, but Koepp is going for something more in the style of a psychological thriller.

Unfortunately, neither the horror elements or the psychological thriller elements come together. The level of filmmaking is just not strong enough. The script is surface level at best, never digging deep enough into whatever it is that is tormenting Theo, which in turn pays off horribly in the final act. There’s also no style or character to the location, which is the focal point of the entire film. if there’s nothing scary or atmospheric about the house—which there isn’t—then all the heavy lifting has to be done by the cast, and they just don’t have the script to work with.

It’s not all doom and gloom though. Bacon, Seyfried and the excellent newcomer Avery Essex are all very watchable, even with such scant material. The use of light and shadow is quite stylish, but once you figure out what is going on, it’s a little on the nose. There’s also a couple of effective moments that recall Koepp and Bacon’s earlier work together on Stir of Echoes, and a few (presumably deliberate) nods to The Shining and What Lies Beneath. Though nothing here comes close to reaching those levels.

Even at a brisk 93-minutes You Should Have Left is so poorly paced it feels like it has been stretched to breaking point. I had high hopes for this film, but ultimately found it dull, devoid of any atmosphere or intrigue, and most importantly, anything resembling a good scare. Only add this to your Halloween movie list if you are a complete scaredy-cat, or in need of a good night’s sleep.

In this article:Amanda Seyfried, Blumhouse, David Koepp, Kevin Bacon, You Should Have Left