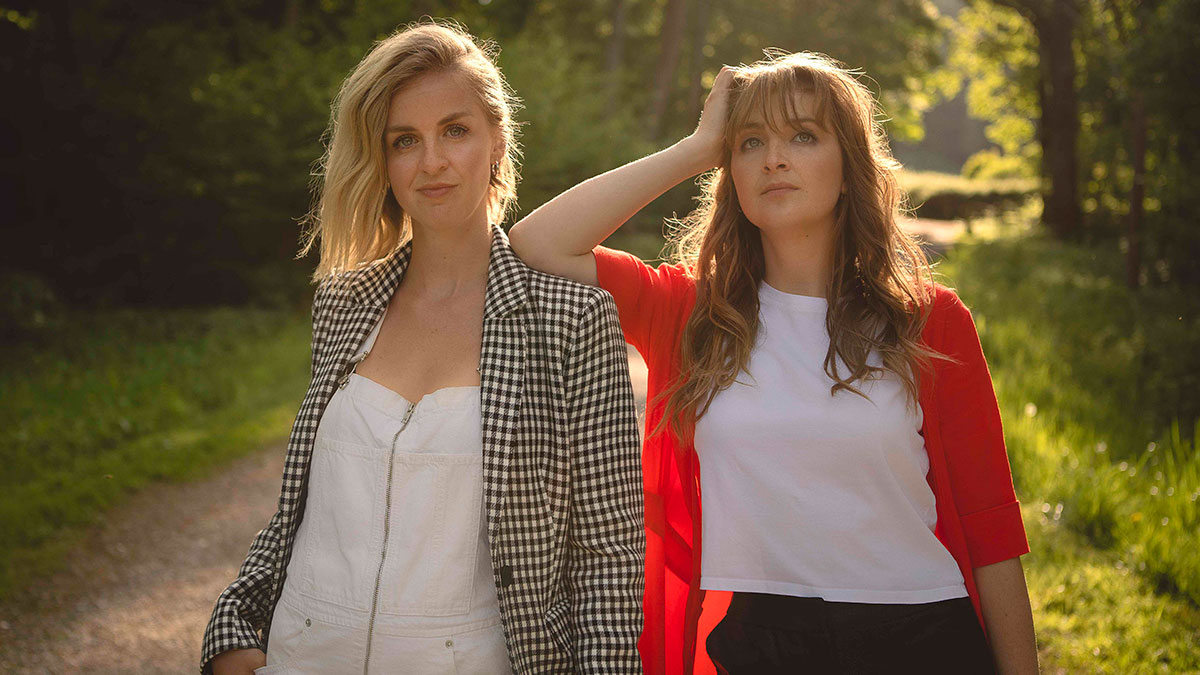 Ward Thomas were one of the first UK Country acts to gain real prominence when the genre finally started to get a hold on this side of the pond. Their debut album ‘From Where We Stand’ introduced the sisters – Catherine and Lizzy – and it also grabbed the attention of Sony Music who signed them for second album ‘Cartwheels’, released in 2016. That album became the first from a UK Country act to top the UK Album Chart and it established them as the leading UK Country music act. Third album ‘Restless Minds’ arrived in 2019, after a series of delays, and for their fourth album ‘Invitation’, the duo has departed Sony and is releasing through their own label WTW Music in partnership with eastwest.

‘Invitation’ continues the trend of Ward Thomas’ last two albums by moving the duo further away from their Country roots. After signing with Sony, the band’s sound has evolved significantly away from what fans heard on ‘From Where We Stand’. Whether that’s a commercial decision or simply a reflection of the sisters’ changing tastes, I’m not sure, but ‘Invitation’ is their most pop album to date. ‘Sweet Time’, the album’s opening track, switches out acoustic rhythms for a more processed beat but thankfully the sisters’ harmonies remain intact.

The decision to move further into pop shouldn’t be a surprising one given that many Nashville-based Country artists are doing the same – Kelsea Ballerini, Cam, Maren Morris and Kacey Musgraves to name a few. Hand claps dominate the upbeat ‘Don’t Be a Stranger’, ‘Someday’ is a big mid-tempo moment that allows the vocals to shine, and ‘Meant To Be Me’ isn’t far away from the kind of song Ed Sheeran has been churning out for years. One of the best moments comes on the too short ‘Dear Me’, which is a nod to the band’s roots and focuses pretty much solely on their voices.

Elsewhere ‘Hold Space’ could easily be recorded by Little Mix, ‘Wait Up’ is an almost-disco sounding pop moment with a splash of banjo, and ‘My Favourite Poison’ is a moody piano ballad that hints at a potentially winning new direction for the band in the future. The end of the album includes the band’s collaboration with James Blunt on ‘Halfway’, a live duet with Jack Savoretti on The Killers cover ‘Human’ and an acoustic cover of Fleetwood Mac’s ‘Landslide’.

How you feel about ‘Invitation’ will very much depend on which sound you prefer from Ward Thomas. As a Country album, there’s not a lot here to tie it to the genre, but as a pop album it’s polished, catchy and well-made. Fans of the duo’s earlier work may feel a little alienated by this collection but those that prefer Ward Thomas with a poppier slant will embrace the record. It’ll be interesting to see where they go from here.