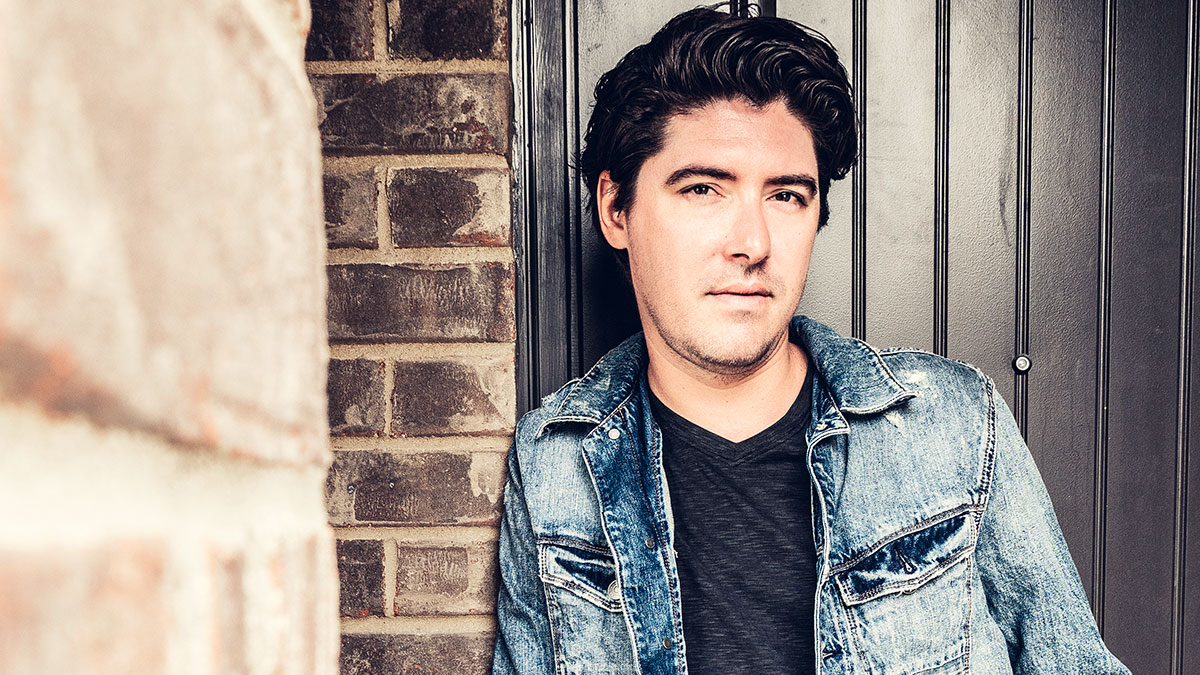 Singer-songwriter James Dupré rose to prominence on Season 9 of ‘The Voice’ when he was selected to join Adam Levine’s team.

On Friday, Dupré released his eagerly-awaited new album ‘Home and Away’, which is available to download and stream now. The album is produced by Matt McClure and was completed during quarantine.

I caught up with James to talk about ‘Home and Away’, discuss the making of the record and to find out about his time on ‘The Voice’…

Hi James. How are you doing and what have you been doing to keep busy during these crazy times?

I’m doing great, thankfully. We had a 3 month old girl at home when this year began, and through quarantine I’ve basically been a stay-at-home dad. It’s been a fun distraction from the insanity of this year. Not to mention putting an album together and preparing for the release, which can be fun and hectic itself.

You recently released the title track from your new album ‘Home and Away’. What’s the story behind the song?

The story centers around high school football and the end of a relationship. I had this idea when I was thinking of how relationships require teamwork, which made me think of football. I brought it up to Greg Bates in a writing session, and he loved it. I love how it turned out and we knew immediately it was a special song.

You’ve been recording ‘Home and Away’ during quarantine. What can fans expect from the album and what challenges have you faced while making it?

This is my third studio album, and what I love so much about the recording process is how much fun tracking days are with the whole band in the studio. That’s one experience I missed when making this album. This time, my producer Matt McClure and I were sending basic tracks back and forth, recording my scratch vocals in my home studio, and each player recorded their parts from their own home studios while Matt was directing via Zoom. It was tedious and time consuming, but it was all worth it in the end. I’m so thankful to have some incredible players featured, including Mike Johnson on pedal steel, and ACM/CMA nominee Jenee Fleenor on fiddle. Overall it feels nostalgic, and has a laid back vibe. I’m proud of it and excited to put it out there.

Songwriting is always at the heart of what you do. When did you first realise you could write a song and how did you hone your craft?

I started writing these silly little short stories in high school, and I’d always imagine someday maybe writing a novel or a movie script. It wasn’t until college when I learned to play guitar and I immediately switched gears to songwriting. I loved the idea of telling a story, maybe with some humor or heartbreak, all in under 3 or 4 minutes. When I moved to Nashville, I started co-writing with some of the best writers in town, and began to grow as a writer and as an artist. I’m happy to say that I wrote/co-wrote 11 of the 12 songs on ‘Home and Away’, and I may still write a novel someday.

You were handpicked as the guest vocalist on ‘The Music of Randy Travis 2019 Tour’. What was that experience like and what did you learn from Randy?

It was amazing, inspiring, and a little bit terrifying. Randy is a living legend who has some of the most loyal fans you can imagine. I knew that I had to prepare and be on my best game if I wanted to do justice to some of the most beloved country songs of all time. His fans would expect nothing less. The highlight of the tour was the final date, which was held at the Ryman Auditorium. Singing those iconic songs with Randy’s original band, while Randy himself was sitting on the side, moving and singing along and enjoying the show. It was surreal, and I still can’t believe it sometimes. One of the best memories though, is watching him before each show doing meet and greets, always smiling and giving each person time to tell a story or take pictures. He loves his fans, and I’ll never forget that.

Adam Levine picked you for his team on ‘The Voice’ during season 9. What impact did that have on your career and what was the biggest lesson you learned?

I grew up listening to Maroon 5 in junior high and high school, and was a big fan of Adam and his voice. I knew if I picked him, he’d probably pull me out of my comfort zone, make me think “outside the box” as an artist and performer. He insisted that I learn how to perform without holding a guitar, which felt really awkward at first – we covered a little bit of choreography. I’m just really thankful to have learned a little from one of the great performers of our time.

Which artists have made the biggest impact on you and your music, and why?

There’s quite a few that come to mind. Vince Gill and Randy Travis both have those voices you can’t stop listening to, and I grew up doing my best to sound like them. James Taylor and Jackson Browne, I wanted to write like those guys, and I still find that I’m drawn to those sort of nostalgic lyrics. Kenny Chesney’s whole vibe, the chill, beachy kinda thing is where I am in my mind most of the time. Very similar to that is John Mayer, who has a lot of moody, chill music. I find that lately I’ve been writing and creating a bit more in that direction, so we’ll see where it goes.

What plans do you have for Christmas this year?

James Dupré’s new album ‘Home and Away’ is out now. Listen to the title track below:

Advertisement. Scroll to continue reading.
In this article:Featured, James Dupré