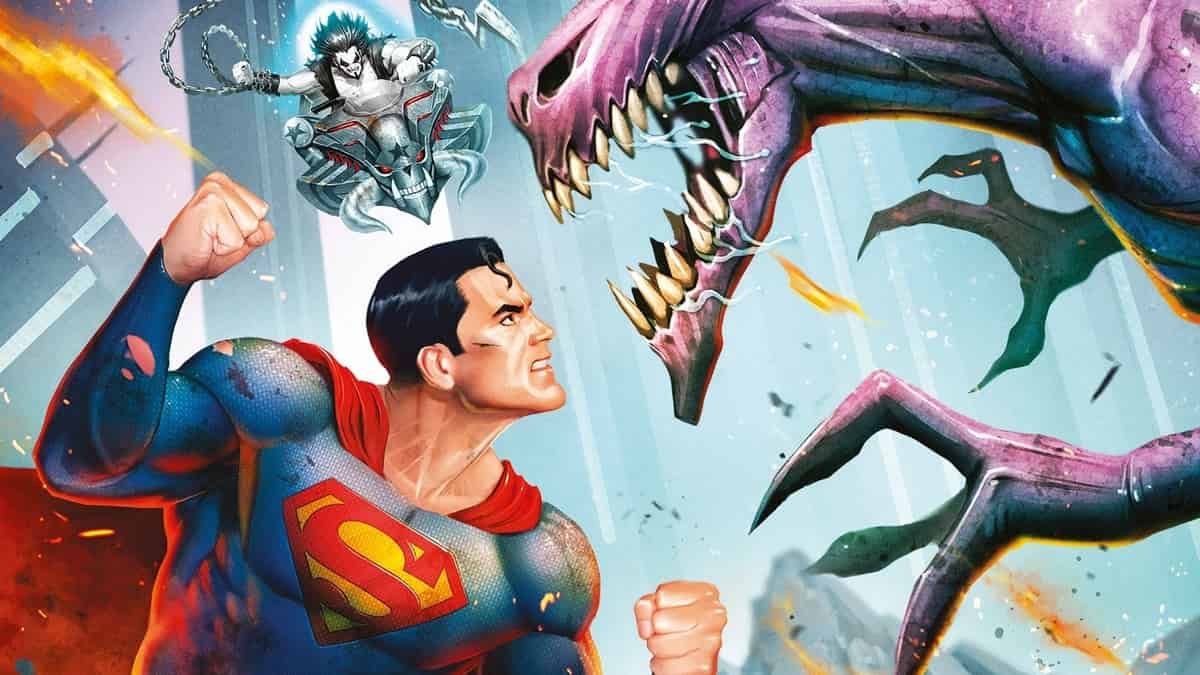 DC Animation’s latest offering kick-starts a new era for their slate and begins with a fresh version of the timeless Superman origin story. This stripped-down and re-imagined version echoes the classic origin story that we all know and love but updates it where necessary. Having a fresh set of vocal talent helps to relaunch this DC slate in a good way too, offering a new slant to familiar characters, with an animation style that is easily accessible to all – but those looking for a bold new style will be disappointed. It’s not too different to what we have seen before.

Superman: Man of Tomorrow tells the tale of Clark Kent (Glee’s Darren Criss), a young man from Smallville, who is just starting his career as an intern at the Daily Planet newspaper in Metropolis. His parents Jonathan and Martha Kent (Scrubs duo Neil Flynn and Bellamy Young) have raised the boy as their own, but Clark was an orphan from the stars, who has crash landed on Earth and into the loving care of the Kent family.

With many unanswered questions about where he came from, and with his super-human powers growing stronger day by day, Clark looks to help humanity whenever he can. That has made him headline news in Metropolis, and has attracted the investigative gaze of a young up-and-coming reporter named Lois Lane (Alexandra Daddario). When a mysterious alien bounty hunter named Lobo (Sons of Anarchy’s Ryan Hurst) arrives on Earth looking for Clark, he steps up to the plate as Superman, and must neutralise the threat before it tears Metropolis apart. In the melee, a janitor at Star Labs named Rudy Jones (Brett Dalton) gets caught in the crossfire. Soon he starts to change into something even Superman and Lobo won’t be able to defeat alone.

The start of this re-telling of the Superman origin story works very well. Having both Scrubs alumni Neil Flynn and Bellamy Young as the Kent’s adds a nice grounding to the world and gives Clark a nice moral compass. Darren Criss voices him very well, adding some depth and feeling to the young man who is torn about his place in the world. He also bounces off the wonderful Alexandra Daddario who is perfectly cast as the feisty Lois Lane. Having Lois and Clark as young reporters adds a new dimension and Daddario nails the role.

Zachary Quinto makes for a great Lex Luthor and gives the film some sound menace and passive threat. Lex doesn’t appear in the whole film, but his scenes are an undeniable highlight throughout. Sons of Anarchy’s Ryan Hurst looks to have a lot of fun with the foul-mouthed Lobo and clearly relishes letting go with the character. Ike Amadi gives the film a calming sense of authority as Martian Manhunter, and there is good cameo support from Piotr Michael as the chief of The Daily Planet, Perry White.

The story progresses well to a certain point but after the creature Parasite emerges, I felt the momentum shifted, and as a result staggered to its inevitable conclusion. The finale was also a tad underwhelming given that this is supposed to be a relaunch of DC Animation’s output, so the opportunity was there to go really big with both the concept and its implementation. Instead, this ties up the story threads in a tidy and predictable way, but one that lacks risk or any real energy.

That said, there are some good action set-pieces in the film which really captures the essence of what makes Superman such a fascinating character. His initial showdown with Lobo is handled well, with some great set-pieces that showcase what each character has to offer. Again, the animation does very well in conveying this and adding gravitas to their encounter.

Superman: Man of Tomorrow is a good starting point for anyone not familiar with Superman (if any of those people exist) whilst delivering a thoroughly enjoyable and relatable iteration to the classic fans of the hero (of which I am one). Even though the finale doesn’t have the wow factor, the set-up for this this new Superman and Lois partnership looks very encouraging and will hopefully lead to more big screen adventures for Criss and Daddario. And when you have a villain as good as Zachary Quinto, I’m sure there’s plenty more adventures to experience with this Superman in the future.