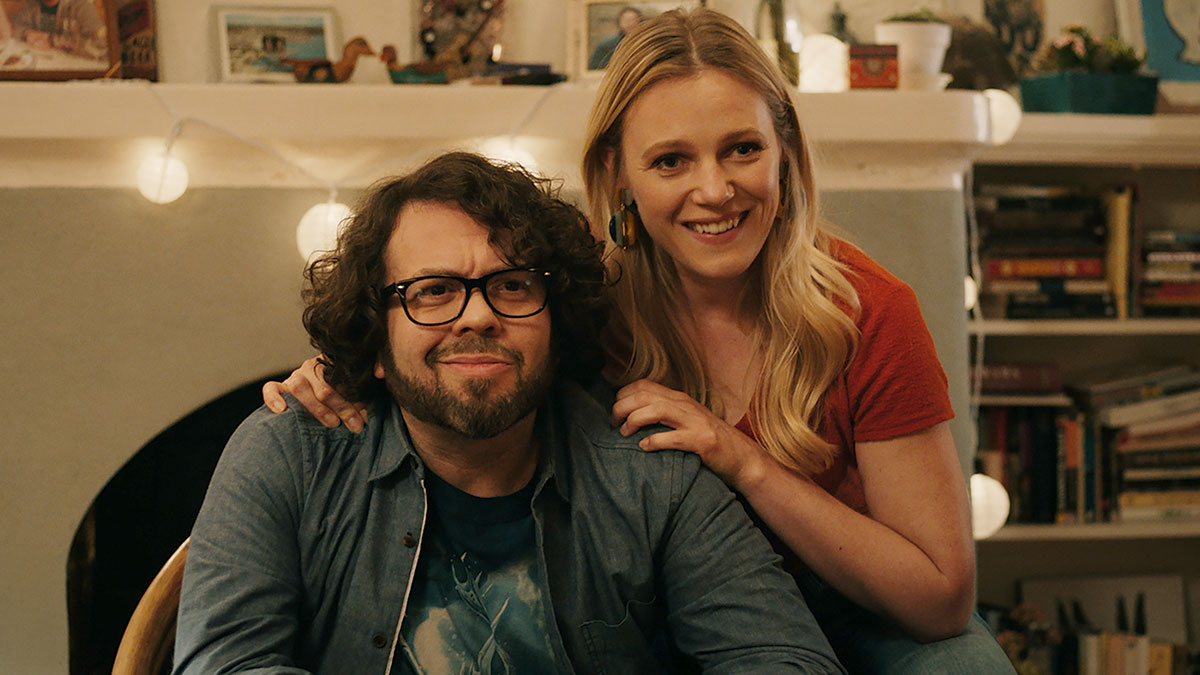 Jack (Dan Fogler) and his girlfriend Lisa (Emma Bell) have an argument during a get together with friends and both are insistent that they are right. Determined to prove who is actually right, the couple decide to restage the evening over-and-over so they can understand what unfolded. With their friends reluctantly agreeing, Jack and Lisa recreate the evening but they create more problems (and arguments) with each successive party.

‘The Argument’ is a quirky, if not a bit bonkers, comedy from director Robert Schwartzman and writer Zac Stanford. With a very simple premise, the film stretches a thin plot over 81 minutes as it attempts a ‘Groundhog Day’ style narrative. Jack and Lisa completely refuse to believe the other could have been right so they drag their friends Paul (Tyler James Williams), Trina (Cleopatra Coleman), Brett (Danny Pudi) and Sarah (Maggie Q) through the evening over and over.

As the film continues, the story gets more bonkers with Jack enlisting actors to perform the evening for them to give them a different perspective. It’s a stretch to believe that anyone would actually do this but it serves to highlight just how awful all of the characters actually are. You don’t take sides as they’re all just horrendous people, with the possible exception of Trina who seems to have accidentally been caught up in the madness.

Due to the nature of the story, things do get very repetitive but writer Stanford shakes things up by uncovering new problems, issues and jealousies between the friends. One running question is over just how close Lisa and Paul are given they have no qualms about flirting and being silly with each other in-front of everyone.

The performances from the cast are all strong. Emma Bell shakes off her ‘The Walking Dead’ and ‘Dallas’ days by giving a very energetic performance while Dan Fogler is believable as the struggling writer in search of a win. Maggie Q gives a steely performance as the group’s most reluctant member and Cleopatra Coleman steals most of the scenes she’s in with her comedic timing. Tyler James Williams and Danny Pudi showcase impeccable comic timing too, rounding out a very strong cast.

‘The Argument’ is an enjoyable watch but it never quite hits the heights you want it to. It’s funny and well-acted but the premise is so silly, it’s quite hard to connect with what’s going on. Add to that the fact all the characters are awful, and you don’t really want to root for anyone either. It would have been stronger if viewers could relate more to Jack or Lisa so they felt a little more invested in what’s going on.