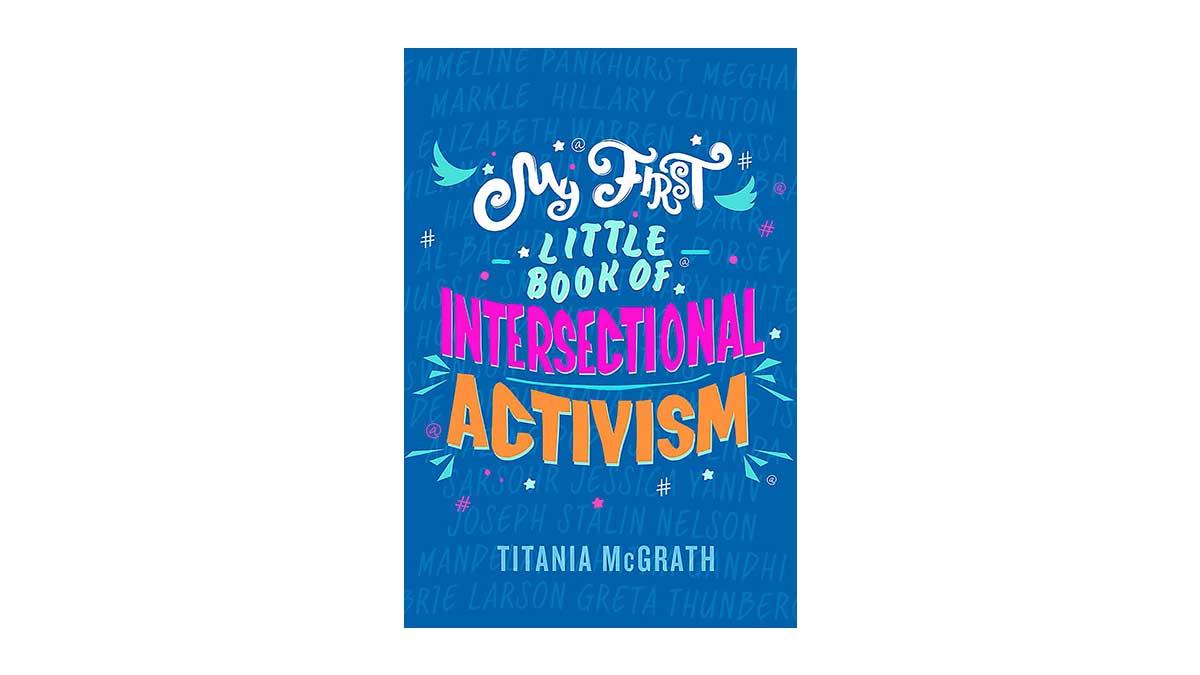 You can’t keep a good womxn down. Flushed with success from her bestselling Woke: A Guide to Social Justice, Titania McGrath has now turned her energies to ensuring that the youngest generation grows up to hold the correct views too. My First Little Book of Intersectional Activism introduces tots to the titans of progressivism as well as to the only historical figures who deserve our reverence and respect. Such as Joseph Stalin, obvs.

Despite her fearless advocacy for social justice, Titania McGrath, whose keyboard warrior prowess has earned her over half a million followers, recently had her account suspended by Twitter. The social media giants are tirelessly purging satirical accounts that poke fun at identity politics. This authoritarian control over what people can and cannot say, or laugh about, underlines the success of comedian Andrew Doyle’s outrageous creation. She would not be so popular were the objects of her satire not so pompous, humourless and insidious in their stifling of speech that their actions invite ridicule. Thankfully, Titania has a chapter about how wonderful Twitter CEO Jack “stay woke” Dorsey is, commending him for making sure that “Twitter censored all material that might hurt the poor plebeians or influence them to do bad things”. So we can be confident further clashes will be avoided…

Pithy take-downs, wrapped up as backhanded compliments, are what make Titania McGrath so hilarious, and so infuriating as far as her detractors are concerned. You’ll find many such examples to enjoy in My First Little Book of Intersectional Activism, which is essentially a list of the famous people most likely to irritate anyone outside of the metropolitan bubble. Luminaries include Saint Greta of Thunberg, Meghan Markle, Jussie Smollett and Hillary Clinton. And, obviously, the fearless campaigner for censorship who led the way to woke purity: Mary Whitehouse (a clever joke for those of us old enough to remember when those clamouring to be the custodians of the nation’s morals were prissy and unfashionable old women). For essential gender balance, male historical figures such as Abraham Lincoln, Mahatma Gandhi and Joseph “passionate about social justice” Stalin are included.

Favoured woke injustice myths from the gender pay gap to the selfishness of older generations, toxic masculinity and white privilege are all lined up for scrutiny, alongside many other omnipresent topics of gender and identity politics. Groups of chapters are separated by interludes so that readers can benefit from Titania’s social insights. “Debate is a form of violence,” we learn in the first. Read it if you want to understand how to engage in a polite and meaningful disagreement with a Twitter SJW.

There may be a few chapters, either where you’re lucky enough to have never heard of the subject being given Titania’s blessing, or where it hinges on the left’s reluctance to accurately appraise somebody because of their perceived victimhood status (thus Abu Bakr Al-Baghdadi becomes for the Washington Post an ‘austere religious scholar’), where the joke feels stretched. But each chapter is short and sweet, expanded with a full-page illustrated portrait of the subject, and you’re soon on to the next personality on the woke’s approved list. The recipe that works for Titania McGrath is a quick blast of laser-focussed mockery, complete with the sustained tone of arrogance, outrageous snobbery and absence of self-reflection that is the universal trait of the woke cult’s adherents. Andrew Doyle transcribes this successfully to a longer format on the page.

It takes a certain genius to demolish revered cultural icons through satire – poking fun with unnerving accuracy under the pretence of fulsome support (one reason why the triggered and trigger-happy Twitter politburo have so far failed to permanently send Titania to the digital Gulags). Andrew Doyle is equal to this task, and the laugh-to-page ratio is ridiculously high. A single sentence in the chapter on Sam Smith (whom Titania names ‘Sam Smiths’) demonstrates the grammatical absurdities and linguistic minefield of using the pronouns they/them to talk about one inexplicably popular pop star.

If you want to get inside the mind of the woke, Titania’s books are a fantastic insight, bringing into sharp focus the mental gymnastics and capacity to keep at bay the dual threats of truth and reality that are needed to become fully paid-up. Andrew Doyle has steeped himself in this nonsense so you don’t have to. He should be commended for risking his sanity as much as for providing us all with a good laugh. Titania McGrath’s My First Little Book of Intersectional Activism is required reading for anyone needing an antidote to the mass hysteria of humanity’s latest religion. Everyone will have their favourite chapters, depending on their personal peccadillos and pet peeves: I laughed hardest at the one on Jo Swinson.

The book is short, and if anything, over too soon. It leaves you wanting to hear much more from Titania. A consolation is several pages of doggerel at the end to enjoy. If it offends all the right people, then Doyle has done his job well. As for his alter ego, with two books under her belt, her own Edinburgh fringe show and a huge cult following, who knows where Titania McGrath may go from here? Or where her quest to tear down the patriarchy and save humxnity, one hashtag at a time, will take her?