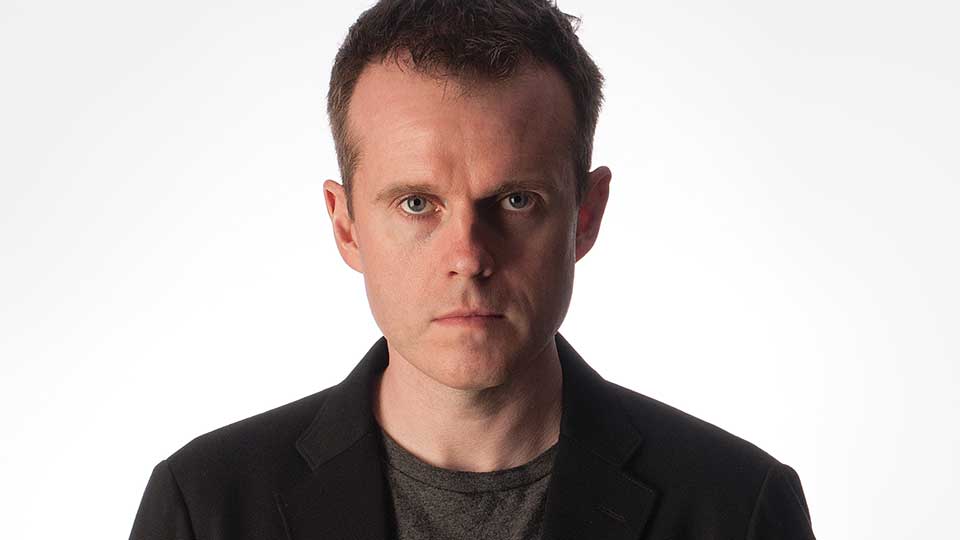 Andrew Doyle is a familiar face on the stand-up circuit, and co-writer of spoof news reporter Jonathan Pie. He has more recently amassed a whole new following thanks to Twitter alter-ego Titania McGrath. A best-selling book, ‘Woke: A Guide to Social Justice‘, quickly followed.

It was recently announced that Alice Marshall will bring to life the iconic Titania McGrath in the forthcoming Edinburgh Festival Fringe show Titania McGrath: Mxnifesto, which is written by Andrew Doyle (details below).

We caught up with Andrew ahead of the show’s Edinburgh run to find out what audiences can expect, what he enjoys about taking shows to Edinburgh, and where the culture of ‘woke’ censorship may lead.

Andrew, what can we expect from Mxnifesto?

Mxnifesto is the most important show ever to grace the stage at the Edinburgh Fringe. In it, Titania McGrath, radical intersectional feminist, launches her new political party: Shame UK. She wants to be Prime Minister, basically. She’s always hated Boris Johnson and is convinced she could do a better job.

Will we find out who Titania McGrath’s ideal man is?

Titania is an ecosexual, which means she only fraternises with plantlife. Her ideal man would be a dead one.

You’re no stranger to the Edinburgh Fringe Festival. However, this is the year that Titania has blossomed. Do you expect your show to have a different reception compared to previous years?

It’s a totally different kind of show to the ones I’ve done before. Usually it’s just me and a mic, which is so much simpler. The Titania show is essentially a one woman play, so I don’t think it’s comparable. I do think the reception will be different because she tends to divide opinion in such extreme ways. I’d like to think “woke” people will come and see her and have a sense of humour about themselves, but let’s be honest – self-awareness isn’t generally their strong point. I would love to be proved wrong on this point.

You’ve built up Comedy Unleashed for free-thinking stand-ups in London. Will the same ethos extend to your Edinburgh show?

Well, Comedy Unleashed is simply about booking strong comedians and letting them know that our show is not a “safe space”, so they can feel free to experiment. For all those who tell me that this is not a necessary endeavour, I’ve had so many comedians tell me how grateful they are to have this kind of event in which to try their more potentially divisive material. I’ve never claimed that stand-up comedians are being censored, but there is definitely widespread self-censorship going on and it’s good to have a forum in which that is unlikely to happen. Any kind of restrictions on stand-up is bad for the art form.

What are the best and worst things about taking a show to the Edinburgh Fringe Festival?

Satirising left-wing ideas on gender and identity politics incurs the displeasure of detractors on Twitter. Are you expecting any heckling when you introduce Titania to live audiences?

We haven’t done it yet, so I’ll let you know.

Please do. What would it take for Titania to convince you to be more like her (i.e. a nice person)?

She’d probably have to threaten me to conform. If she were ever elected, she’d make all opposition parties illegal and punish non-conformists with death. So I guess I’d have to go along with it then. I’m no martyr. I’m too much of a physical coward.

Do you think the culture of censorship will ever extend from the likes of Ann Widdecombe to comedians, where theatre shows are cancelled to protect audiences from ‘offensive’ people they had already chosen to given up their time and money to see?

We’re already getting there. I find it astonishing that some people, particularly comedians and artists, can’t see where this trend might take us. Those who know about history understand how this kind of authoritarianism arises in a gradual way.

It was great to see Titania’s book ‘Woke’ so well-received. How long did it take you to research and write it? What kept you sane?

It took about two months to write, and most of it was written on Sark. It’s a wonderful little island where cars are illegal and there are no streetlights. I go there often because I find it so inspiring. That’s what kept me sane, really.

Will Titania always be part of your life?

I doubt it. I always like to move on to the next thing. But for now, she’s keeping me very busy.

Find out more about Andrew Doyle.