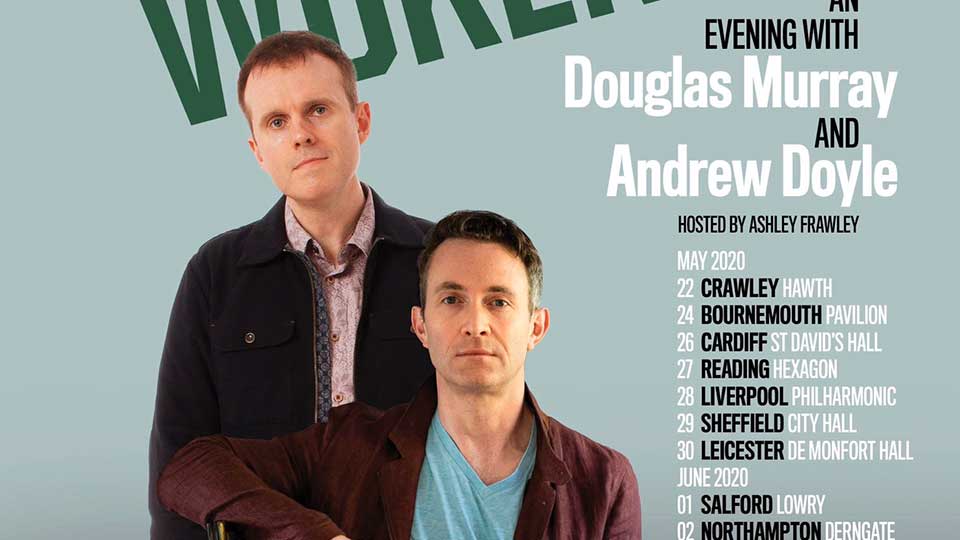 At first glance, they may not seem natural bedfellows – but Douglas Murray and Andrew Doyle have joined forces to take a tour across the UK. Tickets are already on sale for Resisting Wokeness – if you want to join the resistance then check out the venue nearest to you.

The issue that brings together the conservative political writer and journalist Douglas Murray and the left-wing comedian and creator of Titania McGrath Andrew Doyle is of course ‘woke’ ideology that’s at the heart of gender and identity politics, the culture wars and the associated threat to free speech it brings along for the ride.

The tour is sure to build on the Resisting Wokeness event the two men took part in earlier this year. They have excellent credentials in challenging and dismantling woke ideology. Murray is the author of The Madness of Crowds, and he spoke to us about why he turned his attention to some of the most divisive and dangerous topics of the day. As his virtue-signalling alter-ego Titania, Doyle wrote Woke – A Guide to Social Justice. He also spoke to us ahead of the Edinburgh tour of Titania’s Mxnifesto show.