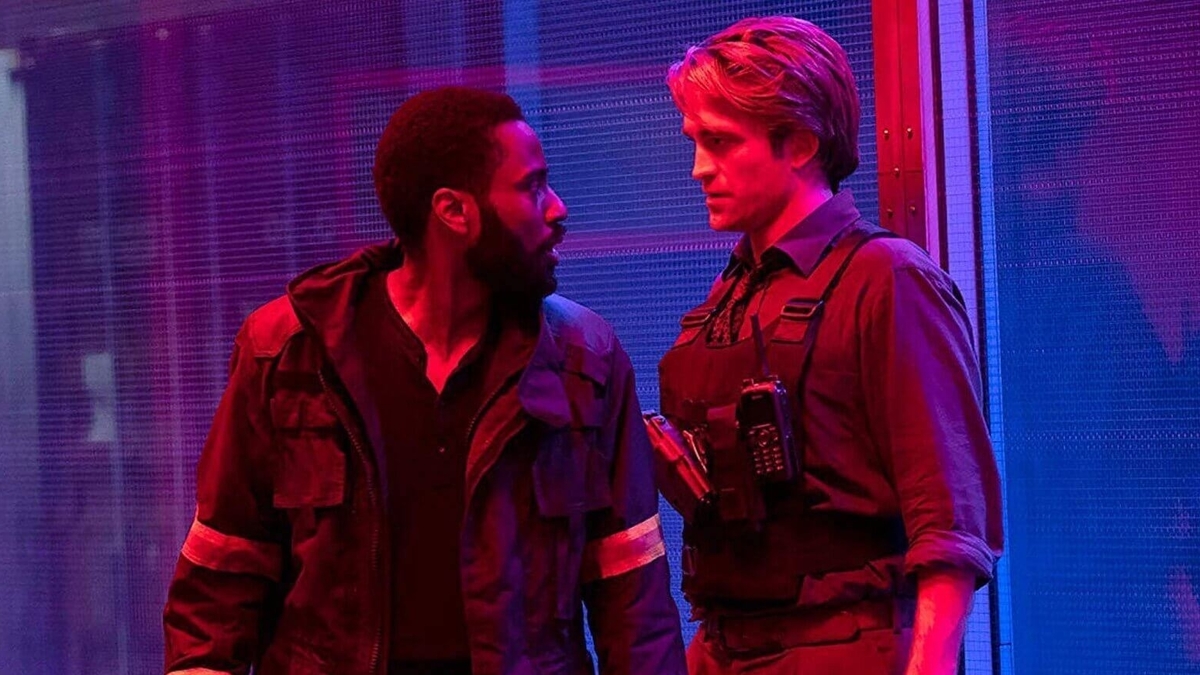 Tenet is a mind-bending masterpiece full of breath-taking visuals and stunning action, with an ensemble cast to die for. It’s what cinema is all about and in many ways, is the perfect movie to usher us back into the world of film after the bad few months we’ve just had to endure.

Given that this is the biggest release of the year, I will keep things spoiler-free but you are in for an unforgettable journey that’s full of spectacle and intrigue. John David Washington and Robert Pattinson must foil a terrorist whose actions have repercussions in the past and the future, to avoid World War 3 and the end of our very existence. You’ll leave the cinema with many questions and I’ll tell you now, you won’t understand everything you see – but isn’t it great to get a blockbuster that talks up to its audience and challenges you to look a little deeper?

John David Washington and Robert Pattinson are as excellent as you would expect. Washington is fast becoming one of the finest actors working today and he does an exceptional job leading a very complex and demanding film with style and verve. He has a wonderful screen presence that keeps you hooked. We only ever know him as ‘The Protagonist’ in this film, but he makes you champion his cause right from the offset. The establishing scenes of him as a character really set the tone well (and it has to do this quickly) because the film moves at a brisk and blistering pace. A scene involving the Protagonist being attacked by some thugs in a kitchen is superbly balanced.

Robert Pattison steals the film as Neil, the Protagonists right-hand man. Channelling Christopher Nolan himself, Pattison delivers a performance full of nuance. He is always on-hand to walk us through some of the more complex set-ups and situations the film presents us with. This looks like a dry run for his upcoming role as Batman/Bruce Wayne in Matt Reeves’ The Batman, and he passes with flying colours. Pattinson is one of the most under-appreciated talents working in film today.

There’s brilliant support in the form of Elizabeth Debicki, who plays Kat, a very pivotal character who is at the centre of the narrative. She captivates whenever she’s onscreen, giving the film a humanising element amongst the carnage. The ensemble also includes Aaron Taylor-Johnson, reminding us that we really should be seeing more of him on the big screen. Clémence Poésy, Himesh Patel, Dimple Kapadia and Denzil Smith all hand-in noteworthy support, and Michael Caine is on hand for his obligatory Nolan appearance in a very entertaining (but too brief) cameo scene alongside Washington.

A scenery-chewing Kenneth Branagh plays the film’s villain Andrei Sator. In a lot of ways he is the compass that centres the viewer when things start to get really complex. Yes, his accent is a bit hammy but Branagh always brings a very real sense of threat and menace to his roles. He shares a great, testing chemistry alongside Debicki and the two conjure up some memorable exchanges together.

IMAX 70mm is the absolute perfect way to enjoy Tenet. There’s only one print of it in Europe at the moment… at the world-famous BFI IMAX in London’s Waterloo. I have often spoken about how incredible that cinema experience is and how IMAX and 70mm combine to create an unparalleled atmosphere to the viewer. Tenet has been shot with this in mind and some of the scenes are truly breath-taking in the format. The larger than life screen transports you right into the action with a clarity and scope that fully immerses the viewer. The action sequences are simply stunning on the largest screen possible too. In these troubled times, a trip to the cinema may seem like a step too far for some at the moment, and that’s fine. But if you do decide to see the film and it’s in your means, then the BFI IMAX is the best way to enjoy Tenet as the director intended.

Tenet is a spectacle like no other, which will leave you in awe and wonder. You will need to see it a couple of times to take everything in too, as this is a cerebral masterclass in entertainment from Christopher Nolan that challenges the audience to keep up with a frantic and energetic race against time. As a result, this will not be to everyone’s taste but it’s a testament to the film. As intricate as it all is, you can still get taken away aesthetically even if you haven’t picked up on every plot point. This is a film that will age very well, especially with repeat viewings and it marks yet another win for Christopher Nolan and his endless desire to deliver big screen wonder on the grandest scale of all. It was always going to be a big film, but after the year we have just had, Tenet is not only here to reignite our love of film… it’s here to save the medium too.