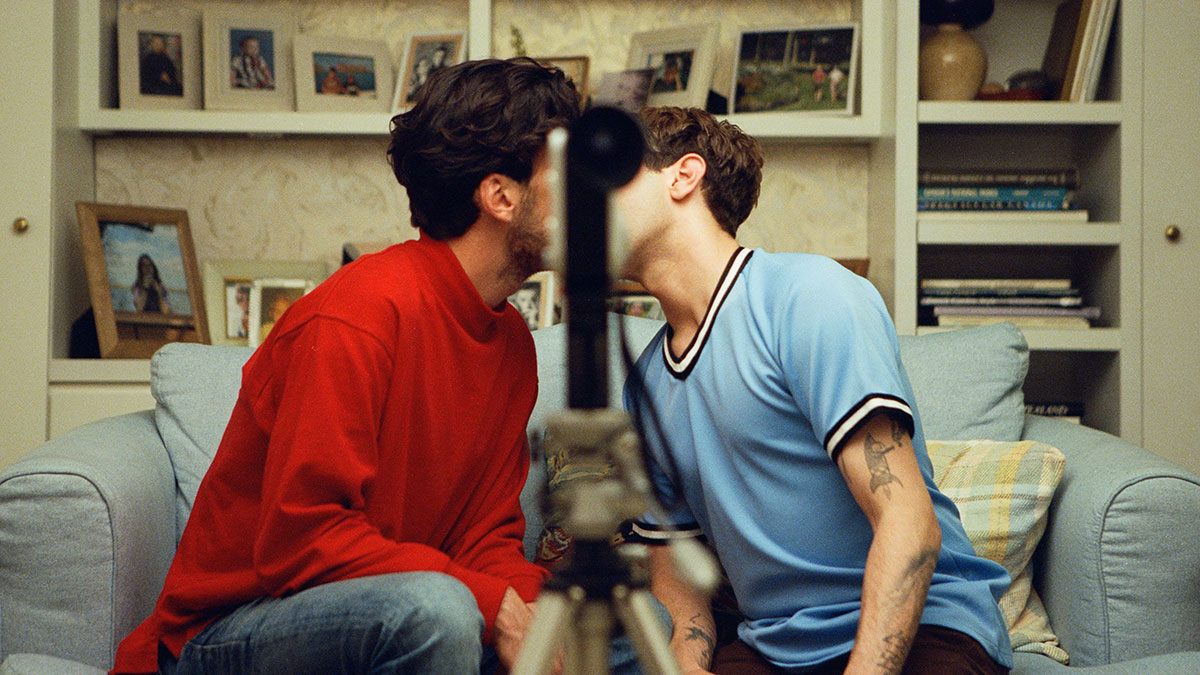 Matthias (Gabriel D’Almedia Freitas) and Maxime (Xavier Dolan) have been best friends for years and despite their lives heading in different directions, they have continued to socialise in the same circle of friends. One night, the two are roped into taking part in a film that Matthias’ sister is making and as part of the project, they are required to kiss. This causes the rest of their friends to mock them and changes the relationship between Matthias and Maxime forever.

Matthias & Maxime is the latest film from Canadian film-maker Xavier Dolan, who has enjoyed success with films such as I Killed My Mother (2009), Heartbeats (2010) and Tom at the Farm (2013). Premiering exclusively on MUBI, the film is an exploration of how one action between friends can create a ripple effect that unlocks deep held but never voiced feelings. On the surface Matthias and Maxime are very different people – Matthias is a corporate climber in a straight relationship while Maxime is preparing to move to Australia to escape his volatile and needy mother Manon (Anne Dorval).

The kiss that the film hangs on isn’t actually shown. Viewers see the lead up to it where Matthias is forced to take part after losing a bet and the two friends sit side-by-side nervously as their friends look on laughing and joking. The film focuses more on the aftermath of that moment, which awakens complicated feelings in Matthias and perhaps provides a reason for Maxime to stay at home. Dolan explores this through a series of tension-filled scenes where Matthias tries to distance himself from both Maxime and his feelings, and Maxime channels all of his effort into escaping from his problems rather than dealing with them.

In typical Dolan fashion, the way the plot unfolds is unlike what most other film-makers would do. The fallout from the kiss ripples throughout the group, who all have a sense that something has changed even if they can’t put their finger on it. Matthias’ girlfriend is oblivious to what’s going on even when he turns his attention to spending time with handsome fellow corporate climber McAfee (Harris Dickinson). Those scenes work to show what Matthias may become and also to reinforce that he may not be being as honest about his sexuality as he thinks he is.

Dolan, as always, is superb in his role as Maxime. The character is the quieter and more introvert of the two leads, and Dolan really excels in the scenes opposite Anne Dorval as his difficult mother. The two have worked together before and their chemistry is electric.  Gabriel D’Almedia Freitas is more brooding as Matthias, fighting his character’s every thought and feeling convincingly. He plays the role understated, which works to his advantage. He, like Dorval, has excellent chemistry with Dolan.

Matthias & Maxime is a little ponderous at times, and perhaps a little over long, but it’s a fascinating exploration of unspoken feelings between two friends. This isn’t a gruelling coming out picture and Dolan handles the subject in a realistic way that feels authentic to the characters he’s created. Dolan’s work is always worth a watch and with Matthias & Maxime he continues his winning streak.