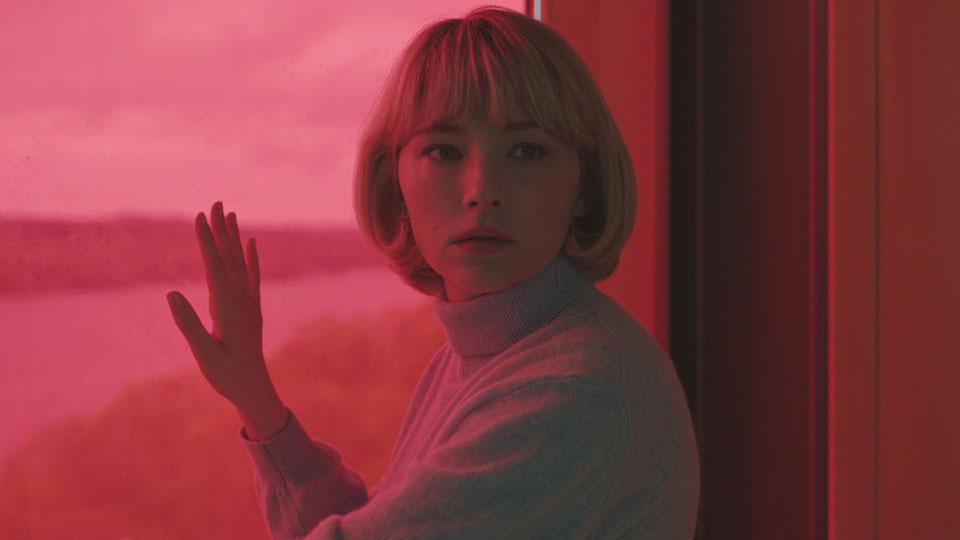 Hunter (Haley Bennett) seemingly has the perfect life. A lady of leisure who spends her days picking out house furnishings and preparing meals for her high-flying husband Richie (Austin Stowell), as well as keeping her in-laws happy. Behind the perfect façade, Hunter is deeply unhappy and fights a compulsion to eat dangerous objects after discovering that she’s pregnant. Richie and his family intervene forcing Hunter to confront a dark secret from her past.

Carlo Mirabella-Davis’ Swallow explores the extremes people will go to when they feel like they are losing, or have lost, control of their life. On the surface Hunter lives the kind of life that many would be happy to trade her for but scratch away that shiny surface and the cracks soon start to show. Hunter’s behaviour becomes increasingly bizarre as she plasters on her smile, desperate to keep her husband and his family happy.

The first sign that she’s spiralling comes when she can’t resist crunching a large ice cube during a family meal. That escalates to a marble and then quickly from there. After each swallow, Hunter feels a happiness and fulfilment that she’s been able to find anywhere else. When she passes the object she’s swallowed, she retrieves it and keeps it like a trophy so she can feel proud of her achievements. Of course once her secret is revealed to the family, they stage an intervention but it’s not the help that she needs.

As the family watches on and gets ever more controlling, Hunter begins to confide in her therapist and her troubled past is revealed. I won’t divulge more about the plot details here but this reveal compels her to make significant changes and it gives the audience an understanding of how she came to be in this situation. It’s both shocking and heartbreaking, and you can’t help but feel for Hunter as her husband tries to ‘fix’ her rather than deal with any of her actual problems.

At the centre of Swallow is a masterful performance from Haley Bennett. The perky version of Hunter she portrays early on is annoying but once she peels back the layers, you start warming to the character. Bennett has such a fantastic range and she’s at her best when she restrains her performance. Without doing very much, she coveys a wide range of emotions and it’s stunning to watch. Her performance is in sharp contrast to Austin Stowell’s Richie, who is handsome and confident, but not particularly interested in anything outside of his job. The fact Richie doesn’t even notice something’s wrong with Hunter says it all early on.

Swallow highlights the darker side of control and how it impacts on people. For Hunter she’s desperate to control something in her life so she chooses eating dangerous objects. While she puts her life in danger with every swallow, the thrill outweighs the risk. Mirabella-Davis has crafted a powerful and moving film that will leave you feel sadness and joy by the time the credits roll.