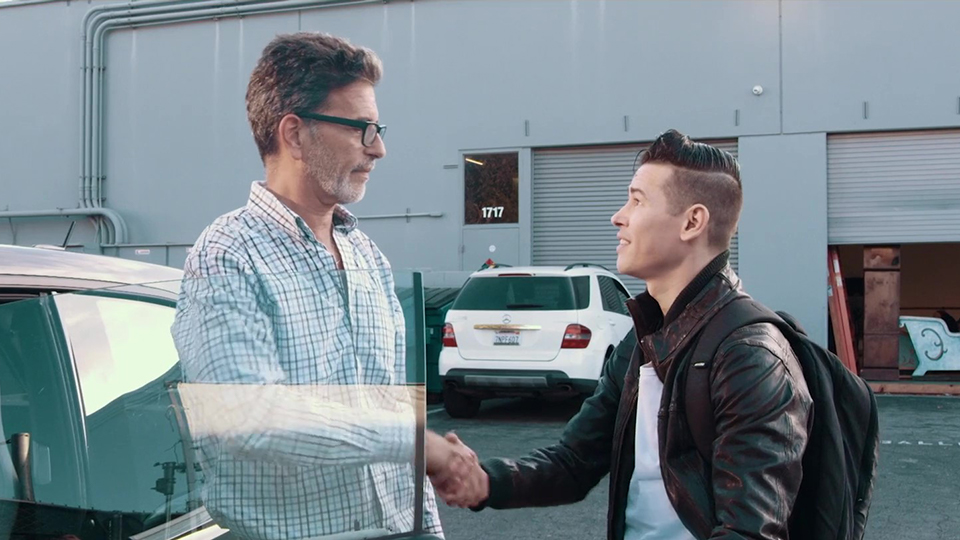 Jason Holden (Frederick Keeve) is trying to hold his family together following a tragedy in his past. He takes a job working as pianist at a ballet studio, where he meets ambitious but troubled young dancer Brandon Wykowski (Ricky Palomino). The two form an instant connection, despite Brandon having a boyfriend, and their bond causes waves in more ways than one.

The Accompanist is an ambitious film from Frederick Keeve who writes, directs and stars. The story focuses on two men in different stages of their lives who form a quick and strong connection when their paths cross. The tragedy from Jason’s past is glimpsed at throughout the film in the form of flashbacks and it takes time to reveal what actually happened. Fiercely protective of his children, Jason is reluctant to give into his feelings for Brandon.

Brandon on the other hand is in an unhealthy relationship with his boyfriend Adam (Aaron Cavette) and sees Jason as an opportunity to have the kind of relationship he longs for. The only problem is, Jason isn’t as ready to embrace their attraction as he is and Brandon struggles to keep Adam out of his life for long.

So far, so good but where The Accompanist starts to come unstuck is with a sci-fi twist that doesn’t really make any sense. Jason can shift time when he plays the piano but there doesn’t seem to be much rhyme or reason as to why that’s possible. It’s more of a gimmicky plot device than it is a coherent or clever twist on a love story. For me, it distracted too much from the story which really didn’t need a sci-fi element.

It’s a real shame because the performances here are actually pretty good. Keeve is the strongest and he’s believable as a man struggling with his desire and his family commitment. Palomino brings a wide-eyed optimism to his character and he’s endearing enough for you to buy into his story. The two actors together have good chemistry so had this been a more straightforward love story, it would have worked a whole lot better.

I applaud Frederick Keeve for trying to do something different but sadly it just doesn’t work. The Accompanist has a lot going for it and if you remove the nonsensical twist, it would have been a stronger movie. I don’t mind being taken out of my comfort zone but a twist needs to have an impact rather than be a gimmick, and that’s something The Accompanist doesn’t manage to pull off.