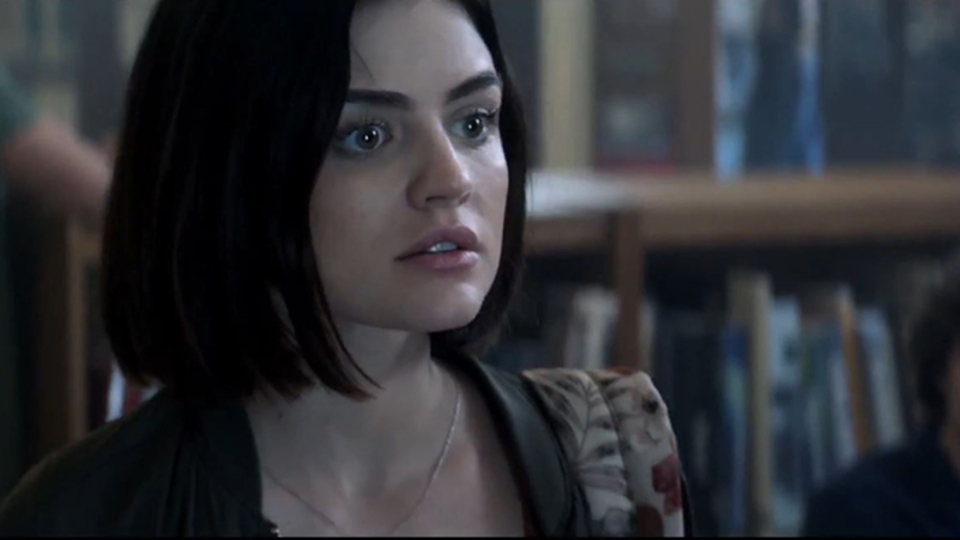 Last week A Quiet Place opened in cinemas across the land and delivered a fresh, vibrant and deeply involving horror that marked a momentous occasion – a true gem for the genre to celebrate. This week Truth or Dare tries its best to undo all of that goodwill with a vapid and ill-conceived thriller that loses momentum quickly and fails to do the fundamentals properly.

Set-up is key to making a film like this work. Good girl Olivia Barron (Lucy Hale) and her best friend Markie Cameron (Violett Beane), her boyfriend Lucas Moreno (Teen Wolf’s Tyler Posey) and their fellow students Tyson (Nolan Gerard Funk), Penelope (Sophia Ali), Brad (The Edge of Seventeen’s Hayden Szeto) and Ronnie (Sam Lerner) all go to Mexico for spring break and get introduced to a strange game of ‘truth or dare’ by a mysterious guy named Carter (Landon Liboiron).

Taking place in an abandoned church high in the hills, it becomes clear that this truth or dare game will have dire consequences for all who have been roped into playing it. Forced to play no matter the consequences, Olivia and her friends must find out the cause of this curse before they all die from participating.

Seemingly green-lit by people who all agreed that the filters on Snapchat can sometimes make your face look a bit creepy, Truth or Dare short-changes its audience by not following through on any of its early promise. The characters are all paper-thin and don’t do enough to make you care about them. The fast pace of the film doesn’t allow you to absorb any of the tension and its reliance on loud jump scares is worrying when it’s not really that kind of a horror. The distorted faces are creepy the first couple of times you see them. Then it becomes ridiculous and eventually just outright funny.

There was real scope to do a Final Destination here and deliver a clever horror that taps into the zeitgeist while delivering traditional, effective frights along the way. But with a story that makes no real sense, unintentionally funny moments (especially involving Olivia being secretly in love with her best friend’s boyfriend) and a cop-out ending that will make you want to throw your popcorn at the screen, Truth or Dare is a massive missed opportunity. Young teens will get the most out of this, but it fails in comparison to its historical peers like Scream, Final Destination and I Know What You Did Last Summer – films that had an angle but most importantly, had an actual coherent ending.