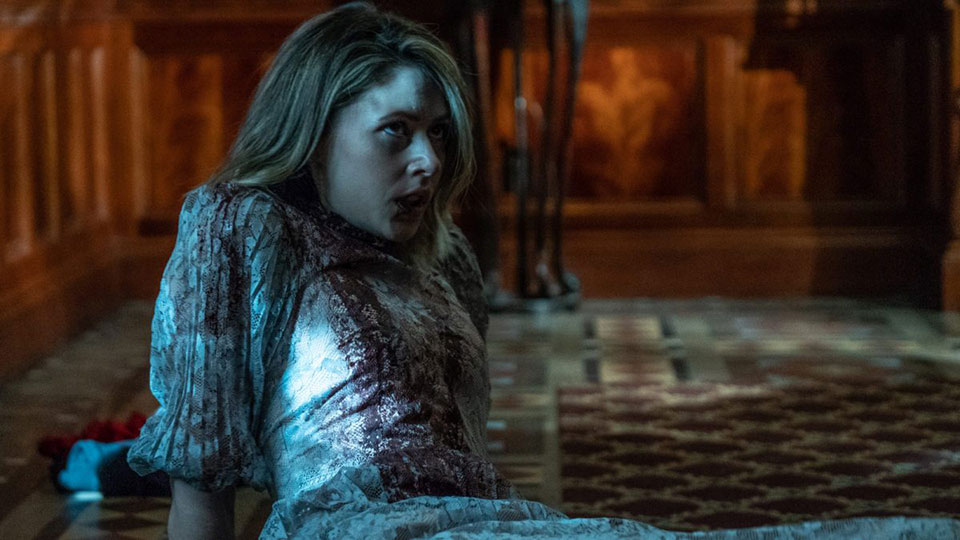 Olive (Amanda Crew) ends her relationship and loses her job in quick succession. Dispirited by the state of her life, she decides to rent a house in the countryside for a much-needed getaway. Upon arrival she meets the owner, a creepy recluse called Harvey (Robert Patrick). Olive tries to keep a low profile but her arrival stirs up Harvey’s homicidal tendencies and puts her life in danger.

Killer Instinct, which was released as Tone-Deaf in other parts of the world, aims to be a post-modern schlocky horror with a tendency to break the fourth wall. Its biggest problem is that tonally it’s all over the place so it never really hits its target. Plucky down-on-her-luck Olive is your typical feisty final girl but the humour of her character never really materialises until the last half hour of the film, and by that time it feels oddly jarring.

Story-wise there are no surprises with Killer Instinct. You can tell exactly how the plot will unravel and it’s not hard to guess who will live and who will die. The plot often gets far too side-tracked with Olive’s hippy mother, who I actually felt was superfluous to requirements. The audience never really gets to know enough about Olive to truly care about what happens to her and Harvey is similarly under-written.

For a film like this to work it needs to really embrace its absurdity and Killer Instinct doesn’t do that. It plays it far too straight for much of the film so when the sudden attempt at comedy comes in, and Olive starts winking at the camera, it just doesn’t work.

Amanda Crew is getting into a pattern of taking roles in films that don’t utilise her talents and that’s certainly the case again here. She actually is a very good comedic actress but she doesn’t truly get to show that here. Robert Patrick, who is a bit of a legend, is also wasted and he’s reduced to a cookie cutter villain that could be one of a number of serial killers that have appeared on film over the years.

Killer Instinct is sadly not the fun ride it should have been. The script is all over the place as is the tone of the film, and it’s not scary enough to be a straight-forward horror or funny enough to fit into the Scream franchise vein. It’s not a terrible film but for genre fans it brings very little to the table and feels far too overly familiar. With the two leads it has, Killer instinct should simply have been a better film.