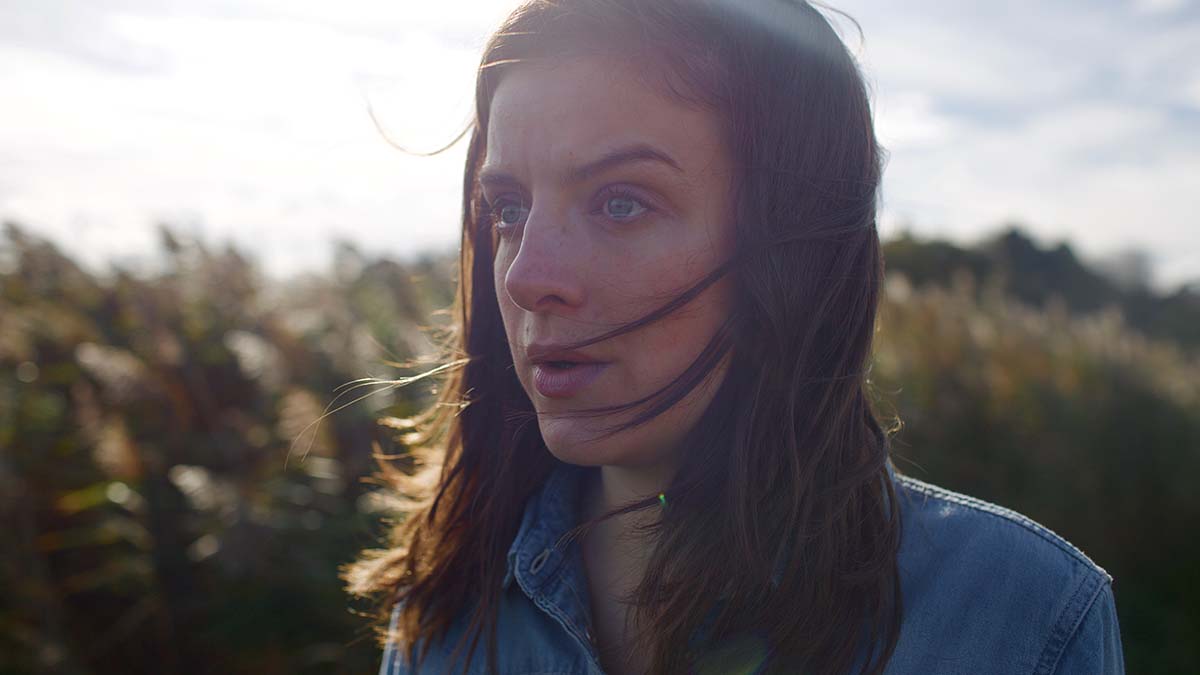 Having recently married Hollie (Aisling Loftus), Richard (Tom Goodman-Hill) decides that it’s time he introduced her to his estranged children Anna (Rafiella Chapman), Lucia (Hattie Gotobed) and Ralph (Lukas Rolfe). Invited to spend time at his ex-wife’s countryside home, Richard and Hollie are alarmed to find the children on their own. With Richard’s ex-wife nowhere to be found, he decides to spend time with his children in a bid for them to get to know Hollie and break the news of their marriage. As the days pass, the behaviour of the children and Richard becomes increasingly strange leaving Hollie confused and scared, unsure of what is going on.

‘Homebound’ is the feature film debut of writer/director Sebastian Godwin and it aims to put a new spin on the stepmother trope that has been used frequently in the horror genre. Focusing on building atmosphere through a series of increasingly bizarre and alarming scenes that show the children turning from cold and passive to worryingly aggressive, Godwin puts Hollie in the middle of a nightmare with a mystery at the centre that she must unravel. In terms of that set-up, Godwin does a solid job and he certainly does create an unsettling atmosphere.

While the atmosphere may be well crafted, the storyline isn’t and logic goes out of the window the minute that Richard and Hollie arrive at the house. It takes them time to even locate the children and learn that Richard’s ex-wife isn’t there, but oddly that doesn’t seem to alarm anyone except for Hollie some time later. Lucia and Ralph are openly hostile to Hollie, which Richard dismisses, and the way Ralph and Hollie behave in front of the children – with regular open PDA sessions – doesn’t feel realistic. One scene early on shows Richard and Hollie downing booze while Lucia, a child, helps herself to shot after shot of vodka. There’s no parental concern or intervention, and I couldn’t help but feel this simply wouldn’t happen.

The mystery at the heart of the film isn’t all that difficult to work out but the actual reveal leaves plenty to be desired. Nothing is particularly explained in terms of Richard’s behaviour and there’s no satisfying conclusion waiting – just more atmospheric and unsettling scenes that don’t help move the story forward or explain anything. Why on earth Hollie doesn’t get in the car and speed away just hours into the visit is baffling, but as things get stranger she simply watches on in horror and does nothing.

The storyline may not have worked for me, but Aisling Loftus’ performance is of note. She’s easily the strongest actor here and she does the best she can with limited material. Hollie is the only character to really get any sort of development but we still don’t know anything about her independent of her relationship with Richard. How on earth could she marry a man whose children she’s never met? Who was she before Richard and how did the two meet? We never get answers to those but Loftus does a good job of keeping you on her side (as well as ensuring you scream at the screen to tell Hollie to run far, far away).

‘Homebound’ has a good story in there somewhere. With shades of ‘Psycho’ and aiming for the same kind of unnerving storytelling that made ‘Mother’ an addictive watch, the film is certainly interesting but Godwin’s decision to abandon logic hampers things. It’s hard to get on board with a film where the main characters behave completely opposite to how they would in reality and in order to go along with what unfolds, you need to turn off your brain and just accept it. I struggled to do that and by the time the underwhelming conclusion played out, I just felt disappointed.