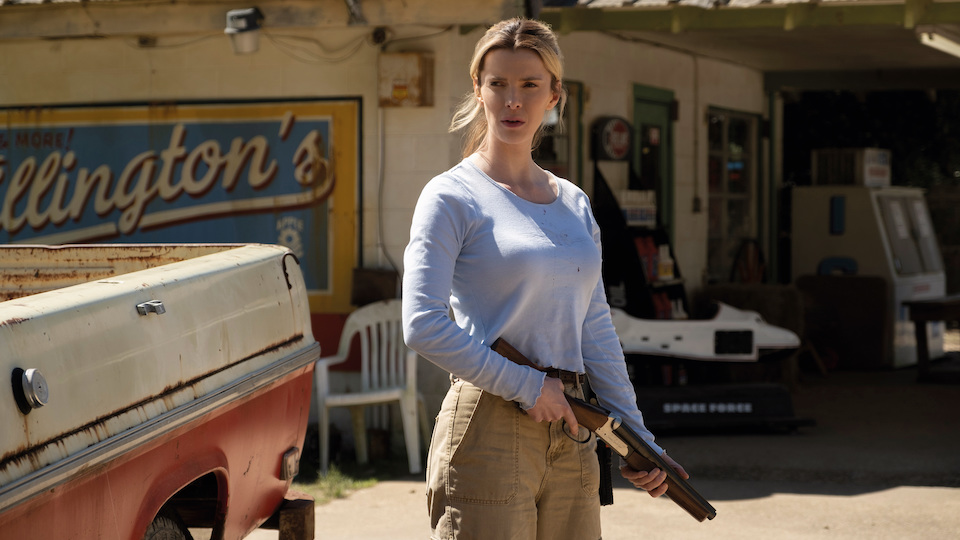 Demand for in-home entertainment is currently on the rise during this unprecedented time. Universal Pictures’ The Invisible Man and The Hunt, along with Focus Features’ Emma, are now available to rent on a wide variety of the most popular on-demand services, including Sky Store, Amazon TV, Amazon Prime Video, Google Play, YouTube, and many more. The films are available to stream for a 48-hour rental period.

Firstly, Emmy winner Elisabeth Moss (Us, Hulu’s The Handmaid’s Tale) stars in The Invisible Man, a terrifying modern tale of obsession. Trapped in a violent, controlling relationship with a wealthy and brilliant scientist, Cecilia Kass (Moss) escapes in the dead of night and disappears into hiding, aided by her sister (Harriet Dyer, The inbetween), their childhood friend (Aldis Hodge, Straight Outta Compton) and his teenage daughter (Storm Reid, HBO’s Euphoria).

But when Cecilia’s abusive ex (Oliver Jackson-Cohen,The Haunting of Hill House) commits suicide and leaves her a generous portion of his vast fortune, Cecilia suspects his death was a hoax. As a series of eerie coincidences turns lethal, threatening the lives of those she loves, Cecilia’s sanity begins to unravel as she desperately tries to prove that she is being hunted by someone nobody can see. Read our review of The Invisible Man.

Next, producer Jason Blum (Get Out, The Purge franchise) and Damon Lindelof (Lost, HBO’s Watchmen) join forces for the action-thriller The Hunt directed by Craig Zobel (Z for Zachariah) and written by Lindelof and his fellow Watchmen collaborator, Nick Cuse.

The provocative thriller follows a group of twelve strangers who find themselves in a battle for their own survival after they are kidnapped and hunted for sport by a group of elites. One of the hunted, Crystal (Betty Gilpin, GLOW), flips the switch on the hunters and begins to fight her way toward the mysterious woman at the heart of the plot (played by two-time Academy Award winner Hilary Swank).

Finally, Jane Austen’s beloved comedy about finding your equal and earning your happy ending is reimagined in this delicious new film adaptation of Emma. Handsome, clever and rich, Emma Woodhouse (Thoroughbreds’ Anya Taylor-Joy) is a restless “queen bee” without rivals in her sleepy little English town. In this glittering satire of social class, Emma must navigate her way through the challenges of growing up, misguided matches and romantic missteps to realise the love that has been there all along.

Recent theatrical releases THE INVISIBLE MAN, THE HUNT and EMMA are now available to rent at home on demand for a 48-hour rental period across a wide range of digital platforms in the UK

In this article:Emma, The Hunt, The Invisible Man