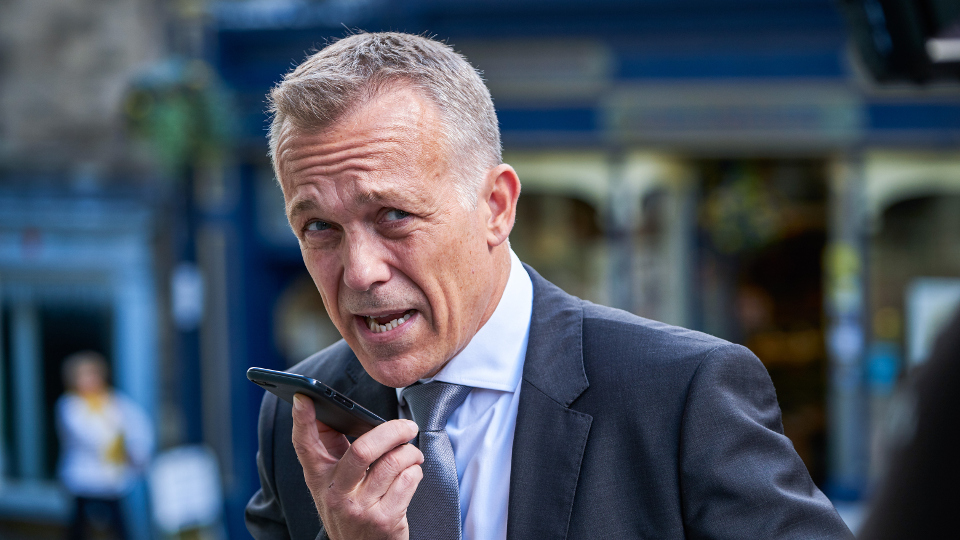 The second series of The Heist continued last Thursday on Sky One. The detectives focused on their only real lead which was a burner phone that they identified in the first episode.

The possible identity of the burner phone owner was revealed by tracking the credit card that topped it up. This pointed detectives towards ex-copper Helen Ruff who they thought might also be their mystery Aldi lady. A quick Google pointed the detectives at the mansion where Helen lives.

Upset at going up against one of their own, Helen was quickly apprehended and brought in for questioning. As an ex-copper she felt she’d have an advantage by knowing how she would be questioned. This was true to a certain degree and her tactic of deny everything seemed to keep her ahead for a while.

However, while she was in questioning, a specialist search team was trawling the grounds of her property and they identified a possible site of interest. Metal detection confirmed it was worth digging up and a short while later they had a bag containing £103,000. Helen tried to deny all knowledge but the bag also contained one of her business cards so her game was up.

The other heist members began spending some of their ill-gotten gains and enjoyed splashing the cash. Hellen and Leonie were feeling pretty confident and came up with an alibi that involved Leonie wearing an ankle brace to make it look like she had a badly sprained ankle. Hellen and Leonie also decided to try and get the community on the side of the heist members and take the game to the detectives. They donated £1,000 to a theatre charity and made sure it was featured in the local paper. This may have backfired however, as the detectives quickly identified Leonie as a possible suspect.

Some new information came in from members of the community about possible heist member sightings on the day of the robbery. One call led the detectives to the house of a woman who was a friend of Hellen and Leonie. She sheltered them after the heist and while she denied all knowledge they seized her electronic devices and uncovered a message from her to Hellen.

Elsewhere in the episode, Mickey and Ryan started to feel the heat and decided to use their marine knowledge to hide the money. They placed it in a cage on the seabed tied to a buoy. The detectives found evidence of a phone call from Ryan’s personal mobile to Helen Ruff’s burner phone. This identified Ryan as a suspect so they may have moved the money just in time.

In episode three, the detectives charged with solving the crime make their biggest breakthrough so far when they identify all of the burner phones used in the planning and execution of the heist, blowing the case wide open.

A voicemail linked to one of the burners gives the detectives a new person of interest. As the detectives close in on the suspects, the thieves start to feel the heat and anxiously move their ill-gotten gains.

The Heist: Million Pound Bank Job airs on Sky One and NOW TV on Thursdays and is also be available on Sky on-demand. Preview episode three in our gallery:

In this article:Sky One, Sky Original, The Heist