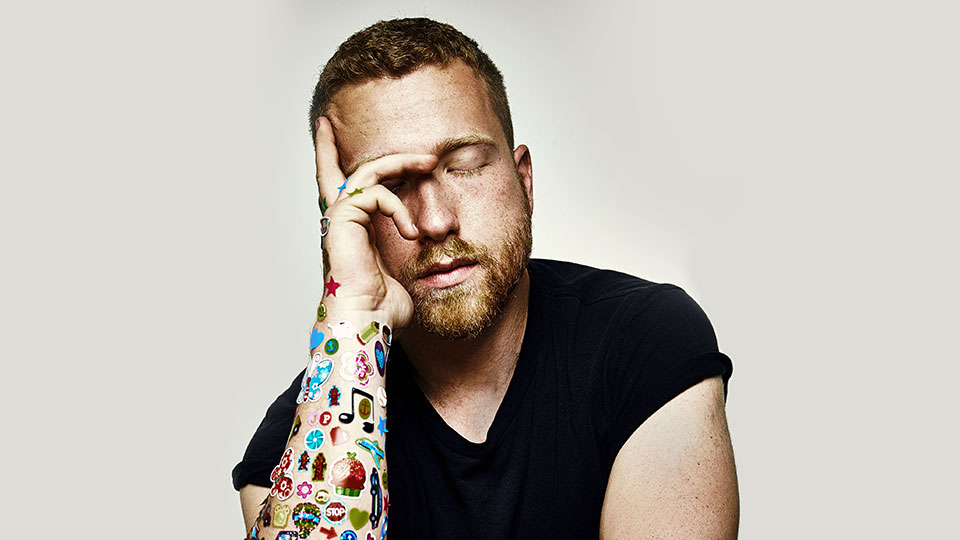 Singer-songwriter JP Saxe scored a hit with his Julia Michaels duet If The World Was Ending.

The song picked up more than 200 million streams and JP performed it on The Tonight Show Starring Jimmy Fallon. Today JP has released new EP Hold It Together, which includes If The World Was Ending and his newly released track Sad Corny Fuck.

The EP features fan-favourite, 25 In Barcelona and new songs 3 Minutes, Explain You and title track, Hold It Together. It arrives ahead of JP’s tour dates with Lennon Stella in February and March.

We caught up with JP recently to find out more about his recent success, his plans and how he feels ahead of his UK live shows…

Hi JP. How are you and where does this Q&A find you today?

Sitting at an office in NYC about to go to my first Broadway show.

You’ll be coming to the UK as the support artist for Lennon Stella on her European tour. What can fans expect from a JP Saxe live show?

Oversharing accompanied by guitar and piano.

What have you heard about UK fans and how has your interactions been with them via social media?

Incredible. Only incredible things. I’m so so excited.

In October you released your single If The World Was Ending, which featured Julia Michaels. How did that collaboration come about?

She posted my song 25 in Barcelona on IG. I messaged her, she said we should write, and we wrote If The World Was Ending the day we met.

The track has amassed more than 150 million streams. Did you expect it to be so popular and what do you think is the secret of the track’s success?

I mean, I always loved it. I’m glad other people dig it too. I think it’s just a sincere feeling and those are my favourite kind.

What’s your plan with new music? Are you working towards an EP or an album at the moment?

Give us a little insight into your journey as a musician so far. When did you know you wanted to pursue music and how did you get to where you are now?

Oooooff. I guess I just got it wrong a lot. Still do. Get it right sometimes though too. Hoping to up my ratio on that more and more moving forward.

What’s the best piece of advice you’ve been given so far in your career?

What would you say has been the biggest challenge and how did you overcome it?

Accepting who I was naturally was okay, and that nothing ever needed to be contrived. I’m still working on it.

Still figuring out my plans for tomorrow.

JP Saxe’s new EP Hold It Together is out now. Watch the video for Sad Corny Fuck below: