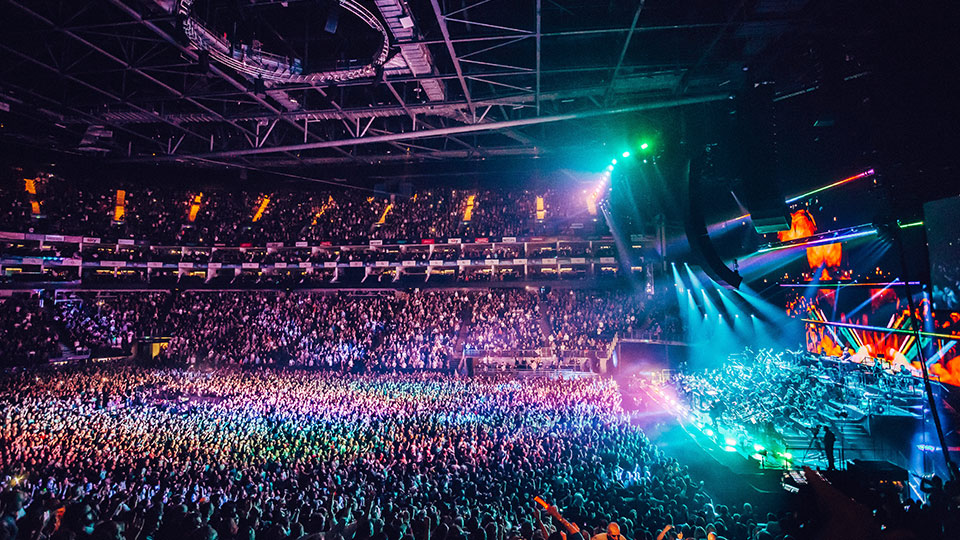 The O2 concluded 2019 by being named Venue of The Decade by Billboard magazine.

Following another successful year that saw 219 arena shows, six residencies, over 10 first time performances, a record number of boxing events and its 25 millionth ticket being sold, The O2 was given the accolade by the influential publication.

Emma Bownes, VP of Venue Programming, commented: “To be recognised as Venue of the Decade is such an honour and something we have to thank all of the artists, promoters, agents, managers, partners and fans for – without them we could never have reached this milestone. 2019 has been an incredible year and we’re proud to have hosted 219 performances and welcomed world class content. Our 2020 calendar is already looking great and we’re so looking forward to another brilliant decade.”

Since 2010 The O2 arena has hosted over 2,000 events beginning with Bon Jovi performing on the roof. Stars that have performed there since include Beyoncé, Drake, Taylor Swift, Rihanna and Little Mix.

As well as music events, The O2 has been home to world class sporting events. It was the host venue for the London 2012 Games and has held NBA season games, 10 years of the Nitto ATP Finals and become the home of British boxing.

The O2 has hosted award ceremonies including the the National Television Awards and BRIT Awards as well as the first ever C2C: Country to Country music festival in 2013. The venue’s 21 Club has inducted 8 new members over the last decade including Michael McIntyre and Micky Flanagan and bands One Direction and Take That who hold the record for the most amount of performance in the arena at 34.

Outside of the arena, the venue has seen a huge transformation over the last decade with the addition of Hollywood Bowl, Oxygen Freejumping, Cineworld extension, ICON Outlet, Mamma Mia! The Party and ABBA Super Troupers: The Exhibition. Up at The O2, the roofwalk over the venue, opened in 2012 and has recently celebrated a record year.

The year, Good Vibes All Round was launched, an initiative to promote all the venue does in relation to sustainability, accessibility, charity and community.

This year The O2 is committed to each of these areas and will continue to work with chosen charities; The BRIT School, Nordoff Robbins, Music Venues Trust and MQ – transforming mental health.

Advertisement. Scroll to continue reading.
In this article:The O2