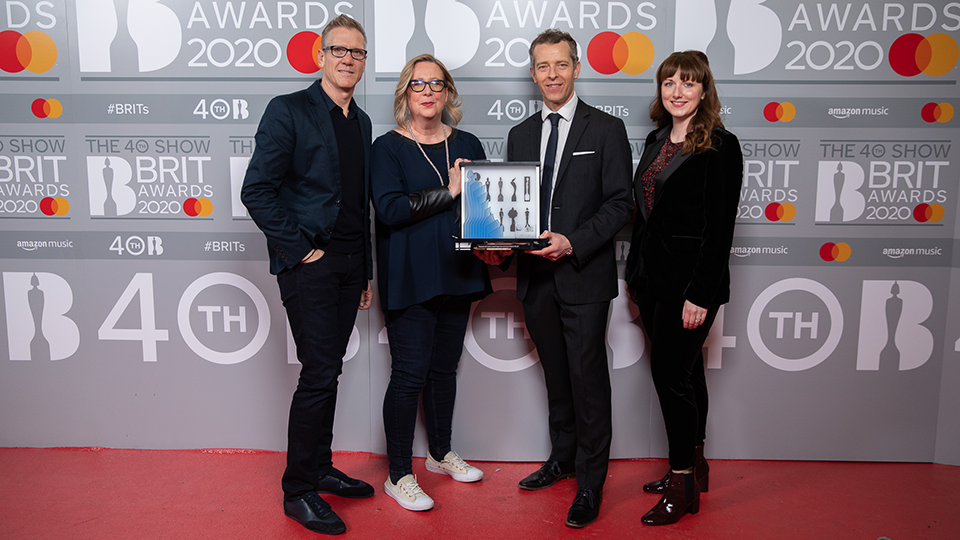 To mark the decade, Maggie Crowe and Geoff Taylor from the BPI were presented with a stunning award capturing each unique BRIT Award from 2011 to 2020.

Danielle Kennedy-Clark, Deputy General Manager of The O2 said: “We are so honoured to be the home of The BRITs and work alongside the BPI to deliver the biggest night in music. The time, thought and hard work that the BPI team put into creating the BRITs is truly inspiring and we’re so proud to be a part of it”.

The 40th BRITs was held at The O2 on Tuesday 18th February 2020. It featured performances from Lizzo, Harry Styles, Dave, Stormzy and Lewis Capaldi. Billie Eilish sang the new Bond theme, No Time to Die, live for the first time.

The first BRITs was hosted at The O2 in 2011 with James Corden as host. It featured performances from Adele, Take That and Rhianna.

In this article:The BRITs, The O2