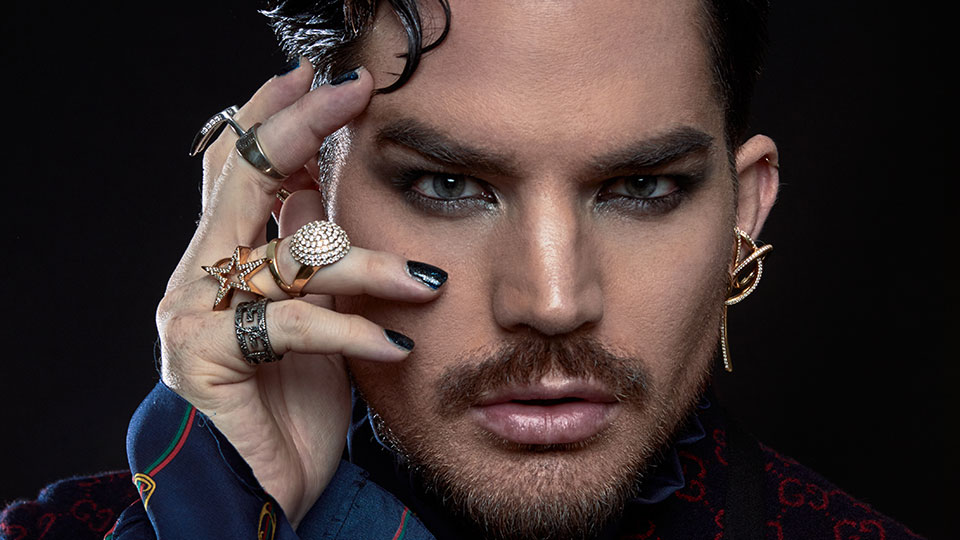 Adam Lambert is kicking off 2020 by appearing on the cover of the Spring/Summer 2020 issue of Rollacoster Magazine.

The cover feature includes photography by Bartek Szmigulski and an interview with Bailey Slater. Take a look at the cover below:

In the interview Adam discusses finding inspiration in the past and fellow artists. He says:

“I don’t tend to have a set style, I always like being inspired by something like my dad’s crazy record collection, and remembering the stuff that was played around the house…I started recognising that some of my favourite contemporary artists that I was listening to, were all referencing the past in a really beautiful way and I was inspired by that.

“I love Tame Impala, I think King Princess is super dope. I love everything that Harry Styles is doing I’m like “Whoa! This is really fucking cool!” This is an artist I like that’s sort of doing his own thing, not following a bunch of trends, not getting sucked into people-pleasing, it sounds like he’s doing it for himself and I think that’s a similar path that I’m on”

During the interview, Adam opens up about his latest release Velvet talking about how he had a greater creative control than his previous records.

“With Velvet, I really wanted to turn a corner and go somewhere sonically very different than I had been. I kind of wanted to do it on my own terms and not have to compromise with all the creative side of it.

“I just wanted to go about it differently, everything about this I wanted to be different. I wanted to just change the way I had done it in the past and I figured the two halves would extend the experience more and would allow my fans to come along for a ride.”

The extensive feature also finds Adam discussing what it’s like being out in the music industry and the queer movement in music:

“It was a little bit like unchartered territory, and it was exciting because I knew that it was a change, but it was also a bit scary…The queer movement in music is like a whole niche now, it’s this whole thing and what I love is that it’s both a niche like a sub-category but it’s also mainstream.”

Acknowledging the power of his fan base and their reaction to his new music, Adam reveals:

“What I love is that my fans are connecting to the music and people seem to be liking it – so it’s a win win – but my first priority was having it having it be creatively stimulating and fulfilling.

“The fans are really, really wild. In Italy the Italians sing every. fucking. word. Loud! It’s like having background vocals the entire time, it’s amazing, it’s so much fun. They’re really affectionate.”

Head over to https://rollacoaster.tv/ to see more and get your copy of the issue.