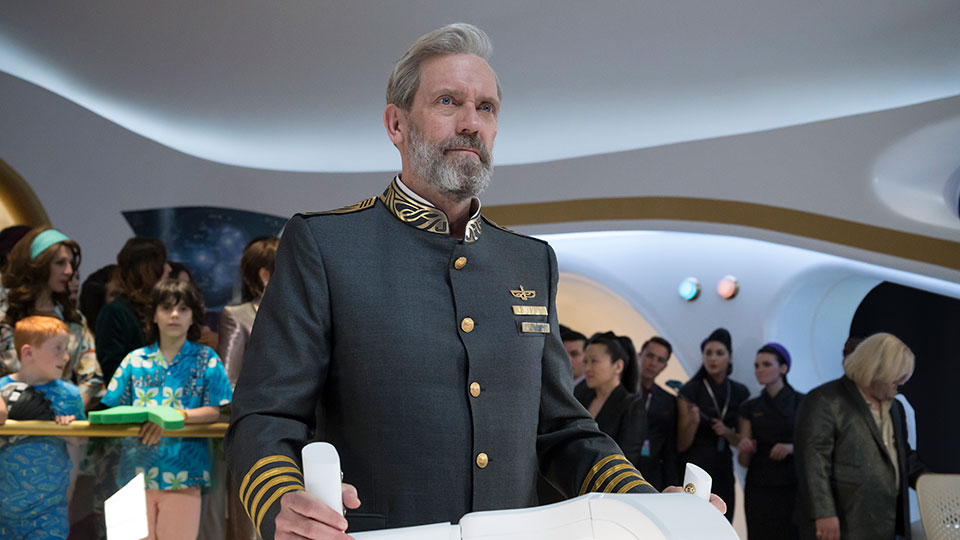 Hugh Laurie has teamed up with Armando Iannucci (The Thick Of It and VEEP) once again for new comedy series Avenue 5.

A space tourism comedy set 40 years into the future when the solar system is everyone’s oyster, Avenue 5 is a new Sky original series co-produced with HBO and will air on Sky One and streaming services NOW TV on Wednesday 22nd January 10pm, with episodes airing weekly.

Set 40 years in the future when travelling the solar system is no longer the stuff of sci-fi fantasy but a booming, multibillion-dollar business. The series stars Hugh Laurie as Ryan Clark, the confident and suave captain of “Avenue 5” – a space cruise ship with luxury amenities like gourmet buffets, a spa, an observation deck and yoga classes.

As the series begins, Avenue 5’s eight-week journey around Saturn is underway and its systems are optimal. But when the ship suddenly encounters technical difficulties, it’s up to Ryan and his crew to calm the disgruntled passengers and find a way to deal with unexpected events onboard – though they may or may not be equipped for the task.

Avenue 5 debuts on Wednesday 22nd January at 10pm on Sky One and NOW TV. Sign up for a free NOW TV trial.

Advertisement. Scroll to continue reading.
In this article:Avenue 5, HBO, Hugh Laurie, Sky One