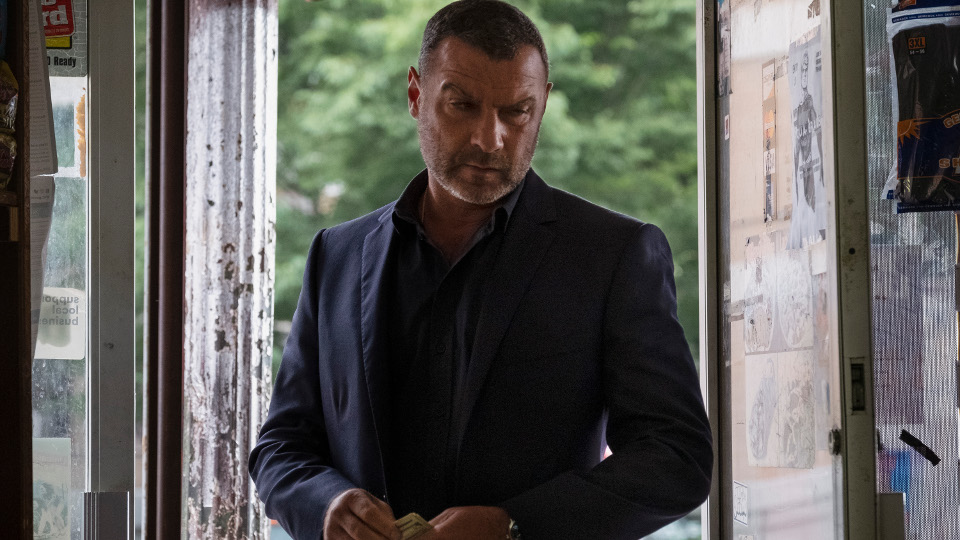 In the latest episode of Ray Donovan, the news of Mickey’s (Jon Voight) death hit the family hard and it had a bigger impact on Ray (Liev Schreiber) than even he would have expected.

Ray continued his therapy sessions with Dr. Amiot (Alan Alda). When asked about his father, Ray told a story of when he was 10 years old. His father had gone and shacked up with Claudette and left Ray looking after his mother when she was dying of cancer. He recalled a time she was bed-ridden and in pain and asked him to get into bed with her. She had wet the bed and when Ray went to find something to clean her up he found Mickey had come home to steal her savings.

Ray walked out of his therapy session and decided to go back on the drink. Rather than just have a couple, Ray went fully off the wagon and spent the entire episode drinking heavily. This affected his ability to think clearly and make sensible decisions. Somehow he still manages to drive around all day while on the scotch.

With Mickey gone, Ray had to find a new way to get the cops off his back. He got to work on setting up Mac for the fall and had Lena (Katherine Moennig) see how much money they could raise. He paid a visit to Mac’s widow and said he’s give her the money to cover Mac’s pension that she’d missed out on. In return he borrowed Mac’s gun and possessions that the police had given her. He also wanted her to tell the police that Mac knew about corrupt officers and that things had gone too far.

Ray had Lena wipe the CCTV footage from the motel where Mac killed himself. He also arranged for ticket stubs for himself and his family for a concert that happened the same night to give himself an alibi. His plan looked to be going well until Mac’s widow decided that she couldn’t go through with it. Ray decided to let her keep the money anyway.

Stu called for Ray’s help again with the ballerina stalker. Ray reluctantly went after him and gave him a beating as Stu requested. The ballerina stopped Ray and explained that it’s actually Stu who was the problem. Ray also took a call from Kevin Sullivan who wanted to buy back the photo’s that Mayor Feratti was going to use to blackmail him. Despite the very generous sum of cash ($1.5million!), Ray turned him down.

Elsewhere in the episode, Bunchy (Dash Mihok) stopped an armed robbery at the pharmacy that he works at. Upset at the news of his father’s death, Bunchy walked straight up to the three armed robbers and told them to put their guns down. When they refused he disarmed one of them and the story made the local news.

Bunchy and Daryl (Pooch Hall) later went to decide on arrangements for Mickey’s funeral. They didn’t see the point of a casket as they had no body. Instead they picked out an urn, which they had engraved, and an eternal flame ornament.

At the end of the episode, Ray headed to meet the rest of the family to have a drink in honour of Mickey. Ray was hammered by this point and put a downer on things by telling the same story he told the therapist. A knock came to the door and Ray went to answer. When he opened it he found Mickey stood there on the doorstep. Ray’s first reaction was to simply punch his old man in the face!

Can’t wait for the next episode? Read our preview of Ray Donovan – 7×03 Family Business.