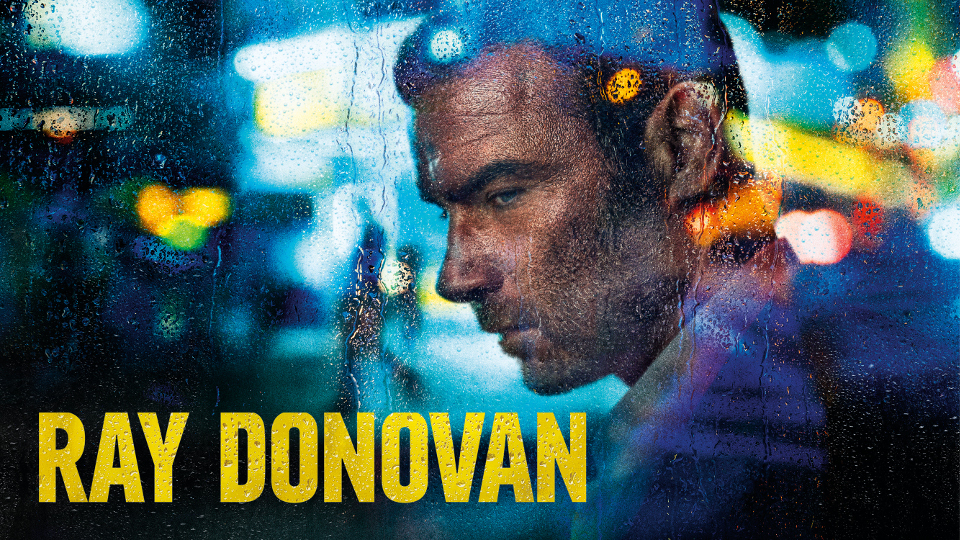 In the season seven premiere of Ray Donovan, Ray (Liev Schreiber) sought help but struggled to fix himself.

The episode began with a brilliant montage to recap the many events of season 6. It then picked up the day after the season 6 finale, with Mickey (Jon Voight) trying to sneak out of the house. Ray woke up and told his father that running would set the cops on Bunchy (Dash Mihok). Mickey said he was popping out for doughnuts but Ray knows his father too well.

Before Mickey had chance to disappear, Ray drove him to the FBI to hand himself in as agreed. Before getting in the car, Mickey spotted a four leaf clover and picked it for luck. Later, back in prison he had a tattoo of it on his forearm.

At the end of last season, Ray made a phone call to Dr. Amiot (Alan Alda) to arrange some help for himself. The start of this episode showed that Ray went through with that and had begun attending therapy sessions. As ever Ray struggles to accept help and finds it awkward to answer Amiot’s questions. Amiot suggests that Ray let go of his anger and forgive his father. He later tried but Mickey had a furious outburst that Ray should be asking his forgiveness instead.

The episode then jumped forward four months. We saw two fishermen aboard a small boat about to reel in a big catch. They got more than they bargained for however when they pulled up a bowling bag containing the head of one of the dirty cops killed by the Donovans. This discovery spells trouble for Ray as Detective Perry (Quincy Tyler Bernstine) gets to work. She organised a dive team and began a search into the phone records of the deceased.

The phone records turned up calls to Ray’s friend Mac who killed himself at the end of last season. Perry went to see Ray but he said he couldn’t really help. He then set Lena (Katherine Moennig) to work on finding out if anything had changed. She came back with the details and Ray set to work on fixing it, starting by paying a visit to Aunt Sandy (Sandy Martin) to get Mickey’s gun to frame his father once again.

While all that was going on, Ray also had to fit in time for his day job fixing problems for celebrities. He dealt with a man who was stalking a ballerina at the request of Stu Feldman (Josh Pais). Ray warned the stalker off and punched him in the face, before taking a deep breath and remembering he was supposed to be changing. He then went back and apologised. We also saw Ray hold a meeting with an obnoxious teen star who was using his fame to sleep with the moms of his fans.

Elsewhere in the episode, Terry (Eddie Marsan) was struggling with his health condition due to breaking his implant last season. After seeing a vision of his father he made an appointment with the doctor. He just wanted to put Terry on more meds that could cause bad side effects. While collecting his prescription he ran into a girl who offered help via a tea ritual. Terry took her up on the offer and spent the afternoon doing yoga, drinking strange tea and vomiting. It also led him to see a vision of his father laying dead.

At the end of the episode, Mickey was being transferred to a supermax prison upstate. On the way they stopped for fuel and Mickey spotted a gas tanker with a four leaf clover on the side. As the prison truck resumed the journey, the tanker driver had a heart attack which caused the tanker to roll down a hill and into the prison truck. It caused a huge explosion and left us wondering if Mickey survived. It feels like the perfect way for Mickey to get away and fake his own death.

Can’t wait for the next episode? Read our preview of Ray Donovan – 7×02 A Good Man is Hard to Find.