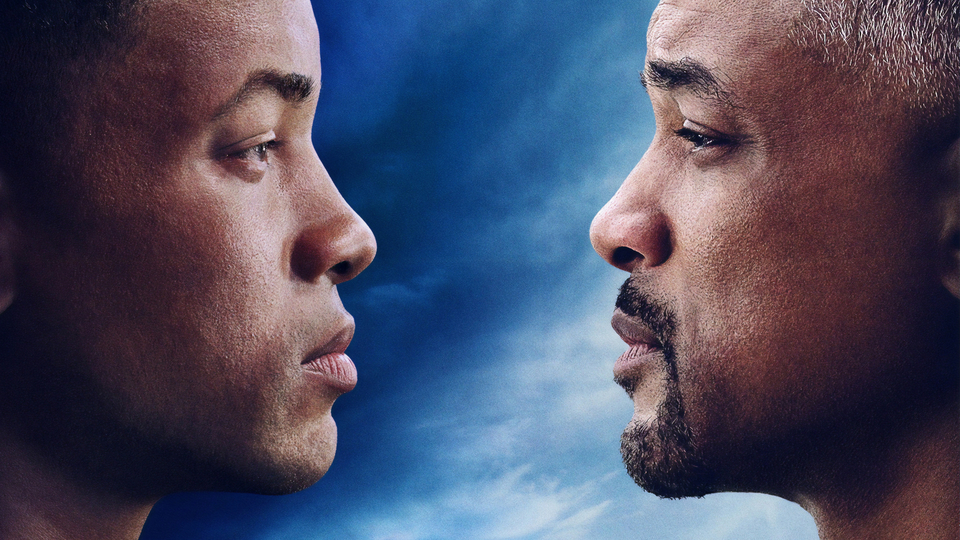 When the end credits roll and the lights go up after seeing Gemini Man, I couldn’t quite shake the disbelief that this was an Ang Lee film. The same man who made Life of Pi and Crouching Tiger, Hidden Dragon has phoned it in to some degree because Gemini Man feels like a 90s actioner, but with an over-emphasis of CGI and a lack of understanding in terms of modern action cinema. It’s entertaining in parts, but a missing coherent script, some shoddy dialogue and the aforementioned reliance on CGI makes the end project feel like a glaring missed opportunity.

I feel slightly sorry for Will Smith. He’s undoubtedly a fine actor, and his past credits deserve huge respect. But lately he’s struggled to find a project that can really utilise his talents to their fullest potential. It seems that whenever Smith tries to tackle a role that’s more serious in tone, the end product never quite works out as well as it should. That’s not Smith’s fault, but it’s a shame to see such a talent wasted on projects like this. The truth is, Will Smith is an A-lister and he should be making grandstand films the likes of Cruise, Pitt, Theron, Kidman and Damon regularly deliver.

Bad Boys for Life is just on the horizon and it can’t come soon enough. That will hopefully be the perfect platform to reignite his box-office because costly missteps like A New York Winter’s Tale, Collateral Beauty and Bright have left a mark. Thankfully he has had Aladdin this year, and he was brilliant in the role. On paper, Gemini Man should have been a home run but it’s badly let down by a story without grand ideas and an over-reliance on CGI to do the heavy lifting. Smith deserves much better projects than this.

Gemini Man follows the plight of Henry Brogan (Will Smith) a professional assassin and highly trained hitman who gets the job done when it seems impossible. He’s too valuable an asset to the shadowy organisations of the government that he works for, so they are naturally disappointed to hear that he is retiring from the game. But after a short while, Brogan is dragged back into that world but this time as a target. And the assassin they have sent after him knows his every move – because he is him. Junior (Will Smith again, but with a healthy dose of CGI) is a younger clone of Brogan and before long their paths cross in an explosive way.

The supporting cast are all wasted in the film, with the exception of perennial scene-stealer Benedict Wong as Baron, a happy go-lucky former colleague of Brogan’s who is on hand to help when the going gets tough. Mary Elizabeth Winstead is utterly wasted in a wafer-thin role that doesn’t do her any favours. I suspect this blockbuster is just a means to an end to help her make other indie and passion projects a reality instead, because her character arc is really disappointing here as a young agent named Danny Zakarweski who accompanies Brogan on his mission.

Clive Owen fares similarly, this time as the villain of the piece who is too ‘one-note’ to make any audience member even remotely care about his motives as head of the organisation Clay Verris. Douglas Hodge continues his impressive recent trend of bizarrely showing up in odd cameo roles after similar turns in Joker and The Report.

The action set pieces naturally make up a lot of the film. Some are great and the gun fights are particularly impressive, but there’s a sequence with a motorcycle that leaves you scratching your head. Partly done like a gamers POV, it creates a real sense of speed and urgency in the scene which is good. But then the finale of that scene involves some ridiculous man vs moving bike theatrics that undoes all of that earlier hard work. So much of the film plays to that beat, and it’s really disappointing. The 3D technology featuring HFR (High Frame Rate) does create some interesting spectacle, but it also needs to be used with more tact and verve.

The novelty of seeing Will Smith verses a younger, fresher (prince) Will Smith is cool and the exchanges are done well. Again, it’s just a shame that the narrative doesn’t allow for more depth or connection in-between the mayhem onscreen. There’s a good film to be made with this concept, but sadly Gemini Man takes itself too seriously in the wrong places and the end result is a disjointed and underwhelming affair where the short-comings of the script derails the good intentions of the concept.