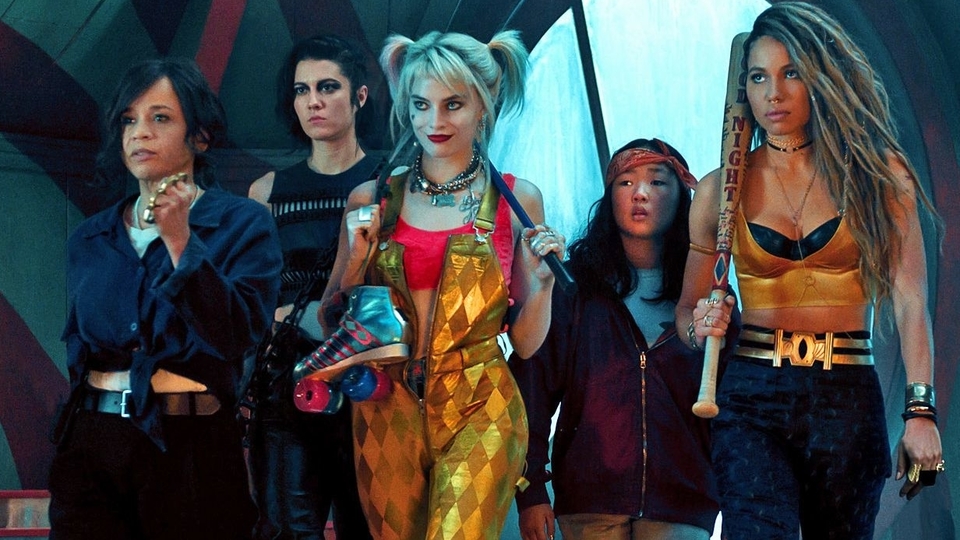 Birds of Prey, or to use its full title of Birds of Prey: And the Fantabulous Emancipation of One Harley Quinn is a gloriously chaotic piece of fun. I had feared the worst going into this but director Cathy Yan and writer Christina Hodson (who impressed last year with the popcorn pleaser Bumblebee) has conjured up a vibrant and energetic movie full of colour and style. All brought together by Margot Robbie’s strong performance, Birds of Prey continues DC’s movie slate and manages to make a picture of pop culture that suitably entertains throughout.

After the events of Suicide Squad (which incidentally you don’t need to have seen to enjoy this film), Harley Quinn (Margot Robbie) begins the story by recapping the major points in her colourful origin story, and more importantly, the break-up of her relationship with the Joker. Spiralling out of control, Harley finds herself on the wrong side of crime kingpin Black Mask aka Roman Sionis (Ewan McGregor). Tasked with tracking down a missing diamond to save her own skin, Harley’s new mission gets her involved with the likes of dogged GCPD detective Renee Montoya (Rosie Perez), a mysterious assassin named Huntress (Mary Elizabeth Winstead), lounge singer Black Canary (Jurnee Smollett-Bell) and pint-sized pick-pocket Cassandra Cain (Ella Jay Basco).

I think the film’s biggest success lies with its bloodlust. Birds of Prey gloriously goes for the jugular when it comes to violence and it not only allows the film to create some impressive set-pieces but also gives the film a bit of edge. Growing up, I’m sure this kind of film would have been an 18, because there’s a lot of carnage onscreen. Somehow it’s managed a 15 here so teens are going to love this. If cutting someone’s face off, breaking legs and knees, blowing people up and literally battering them with baseball bats is your thing you’ll absolutely love this! I was seriously impressed at how hardcore the action was, with Robbie in particular delivering some truly awesome fight sequences that stay with you.

Margot Robbie is superb as Harley and has absolutely nailed the character. It’s a performance that delivers on every front, with Robbie making sure you care about Quinn at every stage of her journey, even if she is supposed to be a baddie. The film has a great ensemble that really helps make the chaos flow with Ewan McGregor absolutely stealing his scenes as Black Mask. A truly insane villain with scary mood swings, McGregor clearly has fun with the over-the-top nature of the character.

Jurnee Smollett-Bell grabs your attention whenever she’s onscreen and gives Black Canary a really engaging and interesting angle that I’d happily see more of on the big screen. Mary Elizabeth Winstead brings a subtle but great comedic angle to her role as The Huntress and Rosie Perez is always watchable with a gun and an attitude (and a funny t-shirt). Ella Jay Basco plays a key role in the film and her chemistry with Robbie keeps you engaged throughout. It’s crazy to see perennial good-guy Chris Messina play such a sadistic role as serial-killer Victor Zsasz but he really impresses out of his comfort zone here.

With crazy action, lots of cool sequences, an ensemble that works really well off one another, and the use of one of the most relatable lines I’ve ever heard in a film… ‘You killed my sandwich!’, Birds of Prey delivers a very watchable blockbuster. It might not be your favourite comic book film, but it delivers something a bit different to the Marvel products we are all so used to, and really embraces the fact that it’s going for a slightly darker and more visceral market. It won’t be to everyone’s taste but for what it’s worth I really enjoyed Birds of Prey for what it was – a great piece of escapist fun that isn’t afraid of shedding some claret.