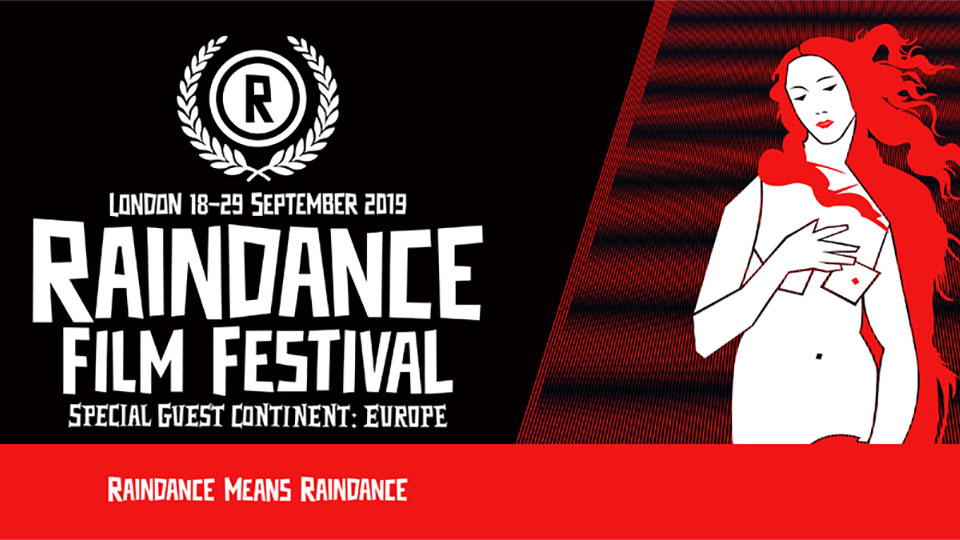 The programme for the 27th Raindance Film Festival has been unveiled.

Elliot Grove, Raindance founder says: “Raindance is happening from 18th September – no ifs, no buts. Despite Brexit uncertainty, we’re bringing the boldest and freshest talent from the world of indie filmmaking to the heart of London. Raindance is proud to have a global vision, not a narrow one, and this year’s festival has an incredible range of stories from Britain and across the world. And remember that Raindance means Raindance.”

Raindance will open on 18th September with the World Premiere of Krow’s Transformation directed by Gina Hole Lazarowich. The film documents the transition of Canadian transgender model Krow Kian. A successful female model as a teen, the film charts Krow’s transition over a 3-year period, including Krow walking the catwalk for Louis Vuitton’s iconic SS19 show in Paris – his first show since transitioning to a male.

The film incorporates conversations between Krow and his mother, plus stories from other trans people in Krow’s circle. Krow Kian and director Gina Hole Lazarowich will attend the gala premiere at Vue West End in Leicester Square, the Home of Entertainment. A party at Café De Paris will follow, featuring Guilty Pleasures.

The festival will feature a special gala for the World Premiere of Tristan Loraine and Beth Moran’s Everybody Flies, which sees former British Airways captain turned documentary filmmaker Tristan Loraine exposing the cocktail of toxins that make up the air on commercial passenger aircraft.

Raindance will come to a close on 29th September with the UK premiere of post-modern comedy Aren’t You Happy directed by Susanna Heinrich. This debut feature brings together theory, feminism, humour and a bubblegum pop palate of colour as we follow a girl roaming a city looking for a place to sleep.

For more information, tickets and details on the full programme head over to www.raindance.org/festival.

In this article:Raindance Film Festival