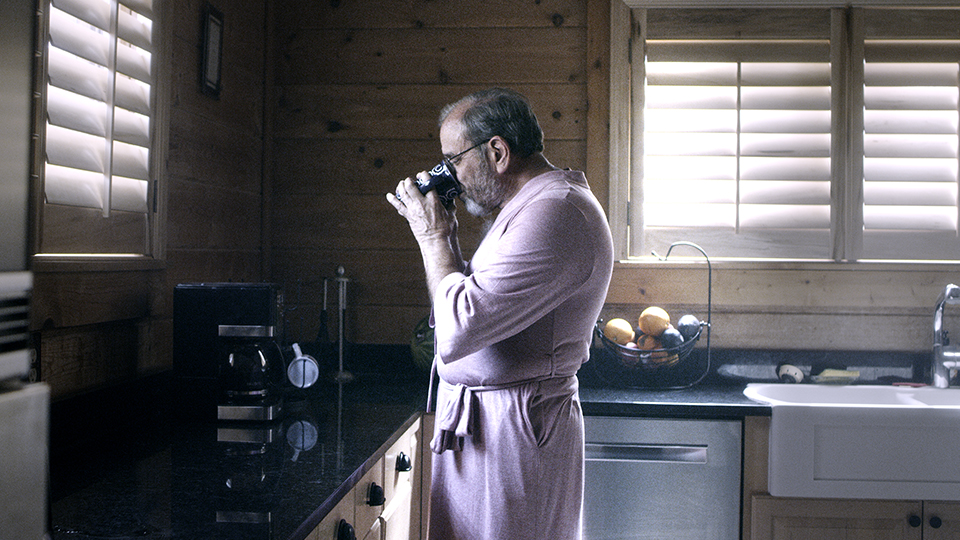 Newly divorced Kate Hunt (Lori Katz) takes the advice of her realtor and decides to build a deck on her property to increase its value before selling. She hires local carpenter Howard (David Raizor) to complete the task but notices his behaviour becomes increasingly more concerning. After one too many poor decisions, Kate finds herself locked in a battle with Howard that quickly hurtles to an inevitably dark conclusion.

Sandpaper is your typical stranger comes into someone’s life and turns it upside down kind of movie. The storyline of someone laying claim to another’s property has been done before, and better, in films such as Single White Female and Pacific Heights. What makes Sandpaper so hard to swallow is that Howard doesn’t hide his eccentricity from Kate but she’s so pre-occupied, she makes poor decision after poor decision. That makes it hard for the audience to root for her because her choices are so bizarre, that you find yourself a bit gob-smacked that she doesn’t see what’s coming.

Essentially Howard inserts himself into Kate’s life and her house. He starts off with small things like putting his lunch in her fridge but once he cheekily asks to move in, selling it as a benefit to help get the job done quicker, you’ll find yourself screaming at the screen demanding an explanation as to how Kate could be so stupid. Even better is that she belittles Howard (or at least that’s how I read it) when she believes he’s fallen for a Nigerian scam yet doesn’t see the irony of how her own actions lead her into an impossible situation that could have been so easily avoided.

The performances from the two leads are a little stilted. Lori Katz is the better of the two but sometimes she and David Raizor play their lines as if they’re in an incompatible buddies style comedy. The tone never really settles and that’s one of the reasons why I found it hard to go along with the plot as it unfolded. It all just seemed a little silly and I hate to say it, a little amateur.

Sandpaper has an intriguing premise but sadly it’s not executed particularly well. The twists and turns are completely unbelievable, despite it being inspired by true events, and you’ll find it hard to sympathise with Kate. The film dodges the conclusion it promises from the opening moments, leaving you dissatisfied and frustrated. There was potential here but the film never grabs it with both hands and that’s a real shame.

Sandpaper screens at Raindance Film Festival as part of the Screamdance strand on Thursday 26th September at 8.15pm. Get your tickets.