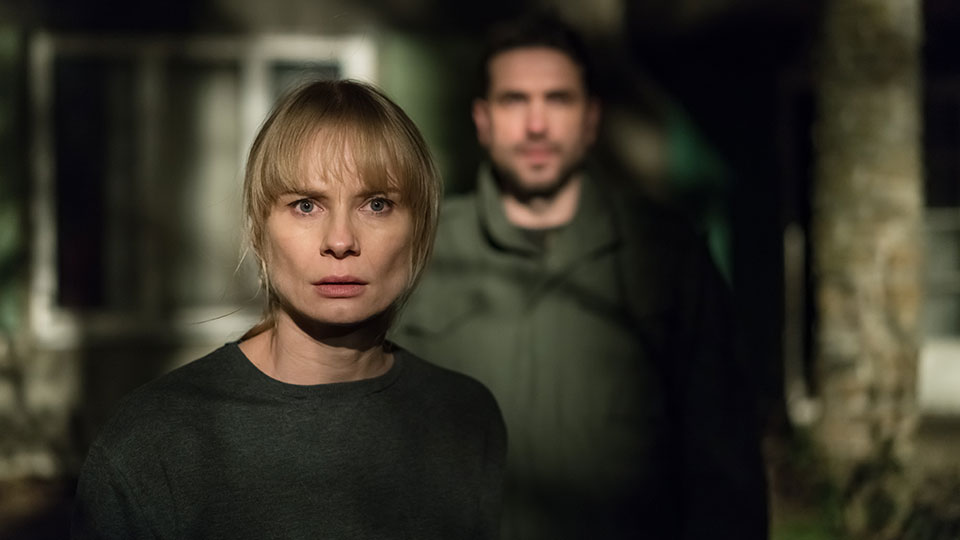 Reporter Alicja Tabor (Magdalena Cielecka) returns to Walbrzych, the city she grew up in, to investigate the disappearances of three children. As Alicja interviews people who knew the children, in a bid to find out what happened to them, she digs up horrors from her own past that she’s forced to confront.

Dark, Almost Night is the latest film from Borys Lankosz and it’s based on the novel by Joanna Bator. Set against the harsh and cold backdrop of Poland, the film serves up a Scandi-noir style drama that is slow paced and incredibly disturbing. While Alicja’s investigation is initially quite intriguing, it soon becomes stomach churning and a test of endurance, and not in a good way.

The children Alicja is looking for have all been victims of abuse, mostly sexual, and Lankosz decides to leave nothing to the imagination. At times the film feels gratuitous, at others just plain sick. I looked away from the screen several times, unable to believe what was unfolding before my eyes. It also made me question how far directors should push child actors to go, particularly in scenes that depict sexual abuse.

While I appreciate that sexual abuse is at the heart of the film’s story, I really felt that it didn’t need to be shown in the way it was. Lankosz plays the taboo topic for shock value and that detracts from what he’s trying to do here. Had it been handled better, the film would have benefitted hugely but in my opinion he played it completely wrong here.

Magdalena Cielecka does a fine enough job as Alicja, racing through the film’s barely strung together plot. She doesn’t get material worthy of her talents and she’s much better than she’s able to show here. As for the rest of the cast, they get even less to work with than Cielecka does so they barely register across the film’s lengthy run time.

For possibly the first time in my career as a reviewer, I have nothing positive to say about Dark, Almost Night. It repulsed me to my very core leaving me with a feel of extreme unease. Given I’m a hardened horror fan, that speaks volumes. This isn’t a horror, it’s a gratuitous exploration of child sexual abuse that I deeply wish I could unsee.