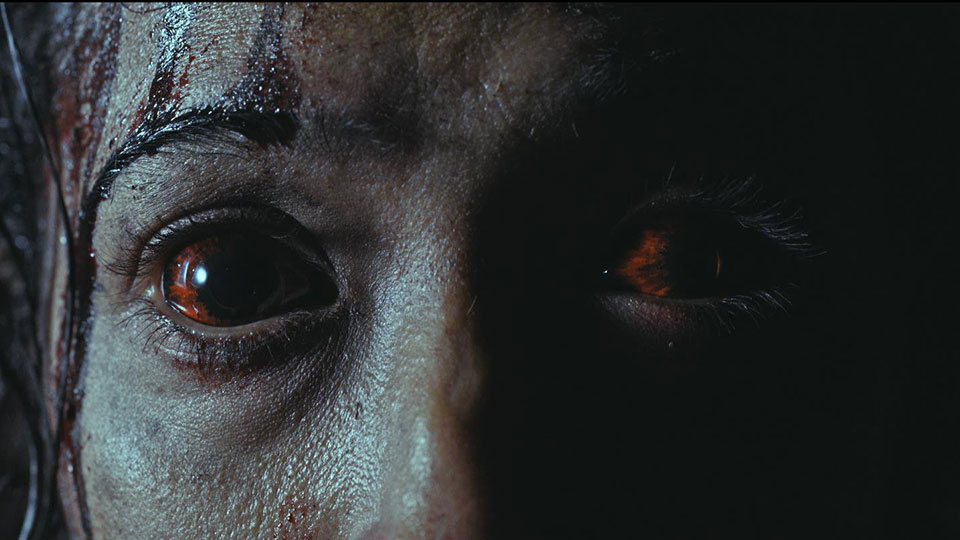 Dr. Adam Vargas (Rubén Guevara) sends his son Miguel (Luca de Lima) to stay with his grandparents for a week following the death of his wife, and Miguel’s mother, Blanca (Johanna Juliethe). Having not been separated from Miguel since Blanca’s death, Adam is hesitant to let his son go and his fears are realised when an infection rages through the country turning people into raging zombie-like creatures. With the help of his neighbour Johnny (Leonidas Urbina), Adam sets off to rescue his son as everything around them falls into chaos.

Flavio Pedota’s Infection is the first zombie film filmed in Venezuela. Using the country’s chaotic backdrop as the setting, Pedota makes plenty of social commentary without ever really saying anything explicitly. The scenery and the locations speak for themselves and you could argue that the infection outbreak draws parallels with the political and social unrest that plagues the country.

That aside, Infection is an enjoyable but fairly safe take on the zombie genre. It doesn’t attempt to reinvent the wheel, offering viewers a fairly straightforward zombie apocalypse adventure. The opening scenes shows two drug addicts getting high when one of them becomes infected and unable to control his rage rips his friend apart. That’s one of the nastiest scenes here and interestingly Infection chooses to allow much of the gore to happen off screen.

There are some issues early on with the film. The narrative jumps around a little bit and a larger than necessary cast of characters are introduced. It’s a little distracting and while I appreciate that Pedota wants to show viewers what happened to Blanca, you have to wonder why Adam makes some of the choices he does in light of her death, and the way she died. A lot of the characters are there purely to give the zombies something to kill as their rabies-like virus takes over their bodies.

Rubén Guevara is a solid leading man. His character, Adam, isn’t particularly well-rounded so you don’t get to know too much about him other than that he lost his wife and he’s desperate to reunite with his son. Many of the other characters here don’t even get that much development so you don’t really bond or sympathise with any of them.

Infection is a solid if unremarkable zombie movie. It looks good and the special effects impress but there’s not much meat on the bones of the story. With so many zombie films and series about these days, Infection really needed to do something to stand out from the pack. Sadly it doesn’t but it is the kind of movie you won’t regret watching, you’ll just struggle to remember too much about it once it ends.

Infection screens at Raindance Film Festival as part of the Screamdance strand on Thursday 19th September, 12.45pm Get tickets