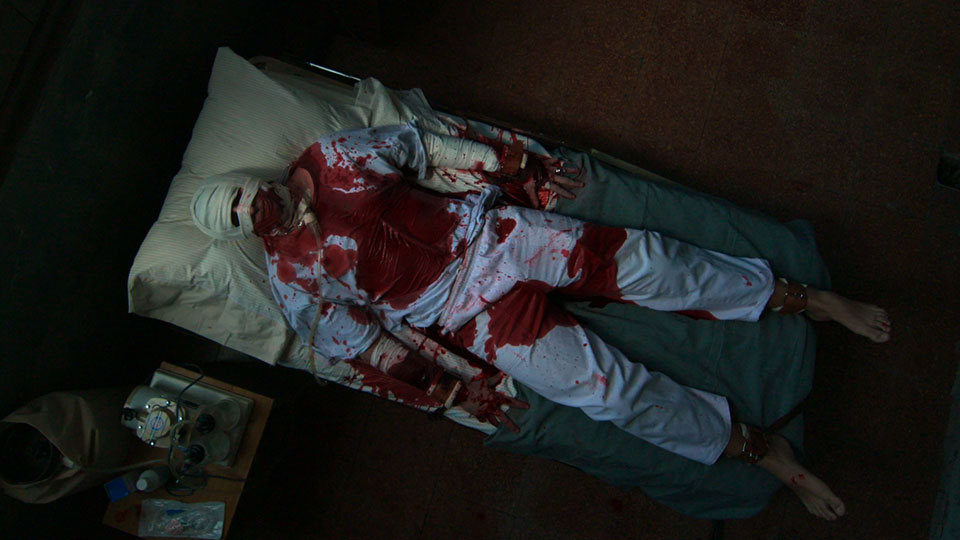 Detective Lorenzo Brandoni (Federico Bal) suffers three devastating losses when his sister dies of cancer, and his wife and son are killed in a car accident that was his fault. Trying to get his life back together, Lorenzo throws himself into his work and he meets young nun Caterina (Sofía Del Tuffo) who claims to have committed a series of seemingly impossible crimes. As Lorenzi attempts to get to the bottom of the murders taking place, he is pulled into Caterina’s world making it harder for him to tell fact from fiction.

Director Hernán Findling’s horror thriller Impossible Crimes is one of those films that catches you completely off guard. I finished the film with my jaw on the floor, not able to believe how I hadn’t seen the climax coming. The first half of the film leads you to believe that you’re in for a typical religious-themed exorcism-style film but that couldn’t be further from the truth. All of the clues are there, actually from the very beginning, but it’s unlikely you’ll see them.

Nora Leticia Sarti’s screenplay is a deeply engaging one that pulls you into Lorenzo’s world willing. After you witness the car crash that kills his family, you feel conflicted about the lead character because what happened is undoubtedly his fault. That makes actor Federico Bal’s job much more difficult as it’s unusual to have an unsympathetic lead character. Bal’s performance is so good, that he quickly pulls you back on side and you stay with him throughout the entire film. He oozes charisma and he really brings the brooding Lorenzo to life in a way that few actors could have managed.

He’s matched by the angel-faced Sofía Del Tuffo, who gives a stellar turn as potential killer nun Caterina. She looks so sweet and innocent but she’s really convincing during the film’s darker moments. Her chemistry with Bal is one of the strongest parts of the film and her performance will keep you guessing as to what’s really going on.

The film’s cinematography is really fantastic. Findling knows how to create tension and atmosphere, and he uses his sets and actors very well. He draws out the darkness in the script and presents the horror moments with plenty of blood, while keeping you on the edge-of-your-seat.

Impossible Crimes is a really fantastic film. It keeps you hooked, and guessing, for the entire duration and the screenplay is incredibly clever. As an avid horror fan, it’s nice to watch a film that surprises and it’s a very long time since a film pulled the rug out from under me as successful as this one did. Strong performances, superb direction and a fantastic story, all combine to deliver one of Arrow Video FrightFest‘s highlights.