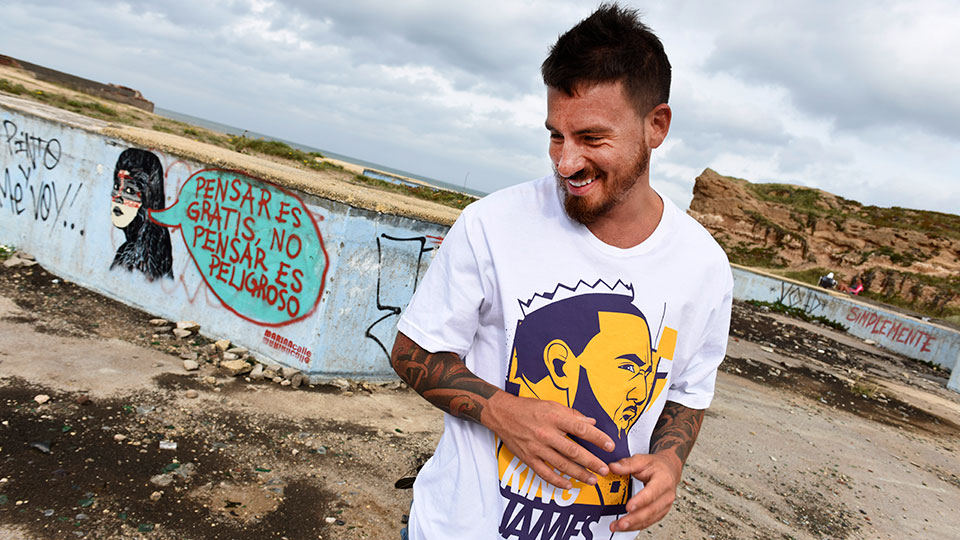 One film you need to include on your Arrow Video FrightFest schedule is Argentinian horror Impossible Crimes from director Hernán Findling.

I spoke with Federico to find out more about the film, discuss his character, and to talk about his upcoming projects.

Hi Federico. How are you and where does this Q&A find you?

Hello there! At this moment I’m lying in a bed, in a nice hotel, in San Rafael, Mendoza province. It’s a beautiful, peaceful, and a bit cold province of Argentina. I’m working here, with a play called Siempre Juntos (Always Together), which I directed and perform in too with my mother (she is a huge star here in Argentina), and many dancers. It’s like a music hall, something similar to music comedy, that talks about the story of this unique theatre genre, and my family business too (my dad is also a big movie and theater star).

You star in Impossible Crimes, which is having its European Premiere at Arrow Video FrightFest in August. What’s the film about?

This film is about an inner search. At least for me, haha! Detective Brandoni, goes through many dark moments in his life, and it’s like nothing can help him. But many similar crimes (that are quite impossible to solve), will give him a new reason to smile, and to really see things from another point of view.

In the film you play lead character Lorenzo Brandoni. What attracted you to that character?

I think I loved the path that my character goes through. At the beginning, he is just a boy. Then you see a man who is so sad and angry about pretty much everything, and in the end (with no spoiler alert), thing are not what the audience think they where. That’s what I loved when I read the script for the first time; that journey of the leading character.

You share a lot of scenes with Sofía del Tuffo, who plays Caterina. You have really great chemistry. What was she like to work with?

Oh, Sofi, is such a sweet girl. Great actress, and very nice person. I think we understood each other from the first moment we met at the rehearsals. She helped me very much in so many scenes. It’s my first movie character with a lot of emotional and dark moments and it was wonderful having her in the same scenes, going together to that same place.

The film is directed by Hernán Findling. What was that experience like and what did you learn from him?

Hernán sees the finished movie, when he talks to you on set. He uses such a nice and precise indication, that you understand it really quickly. We know each other from my first film, Rumbo al Mar (Our Way to the Sea) as he was the producer, and we formed a nice relationship.

You are really fantastic in the film and showcase your abilities as an actor impressively. What did you draw on to get under the skin of Lorenzo?

Mmm. I think I was pretty moved by this character from the first time I read the script. It was easy trying to feel what it could be like to lose all your family. The anger and the guilty of driving in that accident, and feeling there’s no way out of that loneliness. I’m a bit of a workaholic, so that part it was not difficult to recreate. His work, is his life, the thing that keep him alive, so I tried to feel what it was like being alone, and then suddenly feeling a deep connection with Caterina (Sofia’s character). That unexpected connection turns out to be the one that opens my eyes, in many ways.

Your next film is Rumbo al Mar, which you star in with your father. What can you tell us about that?

I feel like Rumbo al Mar… it’s more like a family and work thing on my bucket list. I mean, my father in his youth was a great movie actor. He is 83 years old, and right now he is hospitalized, not something serious, he’s just very old. It’s my first movie, and his last. It’s like something I needed to do before it was too late. The movie is pure sweetness. A road movie with amazing lines and a journey, more an internal one, trying to connect with each other before he passed away. We both are actors and play a father and a son. That’s nice because we have our own audiences with so many different ages and styles. I hope people love this movie, as much as I do.

That’s a very difficult question. I loved The Orphanage, many George A Romero movies (I love zombies movies), The Ring, Freddy Krueger was an awesome saga… Pet Sematary, and probably The Sixth Sense.

At the moment I’m dancing in a very popular show, like Dancing With the Stars. I’m starring a new movie (Virtual Reality) in a couple of months, and in the summer I will direct and act in another play, more like a comedy, with family issues.

You have to see this movie, you really do! If you like crimes, horror and terror movies, this film will get your full attention. You will love the music, the amazing plot, and the actors will surprise you!