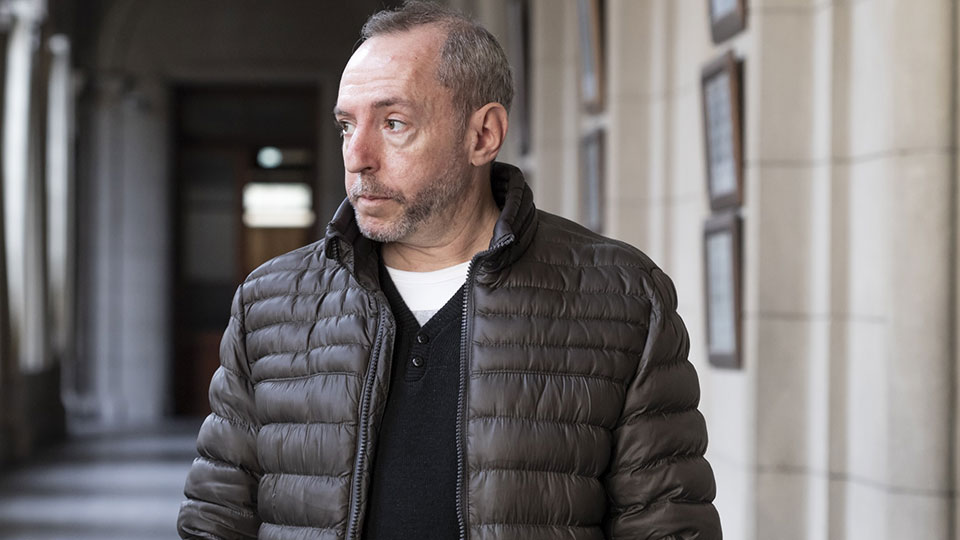 Following on from my interview with lead actor Federico Bal, I turned my attention to Impossible Crimes’ director Hernán Findling.

The film, which receives its European Premiere at Arrow Video FrightFest this month, is a psychological chiller that will hook you in and keep you guessing until the very end.

I spoke with Hernán to find out more about the film, discuss his two leads, and to talk about the challenges in bringing Impossible Crimes to life…

Hi Hernán. How are you and where does this Q&A find you?

Hi there! I’m working on the pre-production of my new movie Virtual Reality that I start filming in a month, and I hope can participate in the Fright Fest 2020 🙂

Your film Impossible Crimes is having its European Premiere at Arrow Video FrightFest. What’s it all about?

I’m very excited about that, really FrightFest is a very important festival and when I made the movie one of my goals was to be able to participate.

What attracted you to this project?

Since I was a kid I’ve liked horror / suspense / fantastic movies. I produced more than 10 films about this theme, I am really a fanatic. This script (which I wrote with Nora Sarti) has all the ingredients that I like to see in horror / suspense movies, and also the movie has a “message” that I share at a conceptual level

You get fantastic performances from your lead actors Federico Bal and Sofía del Tuffo. What were they like to work with and how did you find directing them?

In the case of Sofia I had seen her in the film Luciferina, where she did a great job, she did a casting for this movie and it was excellent. We worked a lot on the character because she has many different “layers” and I think she got the perfect balance. With Federico I was one of the producers of his first movie (Heading to the Sea) and I saw him with excellent potential for this character, With both of us rehearsing and (above all) we talked a lot about the characters and the relationship that confronted them and united at once. It was a very good process.

The film looks fantastic and the cinematography is really impressive. Tell me about the visual style of the film and how you brought that to life.

I saw hundreds of horror movies and I particularly like the 70s terror and that aesthetic. Opt for large angular lenses and a photograph that will stand out (NOT naturalistic). With Eric Elizondo (The DF) we put together a setting where light really is a dramatic element. Also the setting of the camera is always to mark dramatic attitudes. It also worked a lot: sequence shot with few camera cuts (except for certain sequences).

What was your biggest challenge when making the film?

The main challenge, I think was that the script was effective and understandable, since there were several “twists”. I covered myself in filming, with many shots that would assure me that the viewer understood what I want communicate. I think it’s a very complex script, and it’s one of the strengths of the movie. The rest of the things flowed. We didn’t have much filming time (19 days) but really the whole team was super professional and we were able to arrive with everything.

What would you say was the biggest lesson you learned when making the film?

One lesson, no doubt, was that it is very good to listen to others. I think a good director has to be open to opinions (and discussions if necessary). Then he will have the final decision, but listening opened my eyes on several occasions and did not close me to a fixed thought.

Which film-makers have inspired you in your career so far?

What is your favourite horror film of all-time and why?

The Shining, is a masterpiece, does not have a shot that does not have the perfect composition, added to the performances and a perfect art. Innovative, beautiful, musically perfect. The glory.

Why should people go and see Impossible Crimes at Arrow Video FrightFest?

It’s a good movie (it’s participating in the main horror / fantastic festivals in the world) and has good reviews. The movie will take you along a winding road with an end that will make you rethink everything seen before and travelling that winding road will be diabolically entertaining.