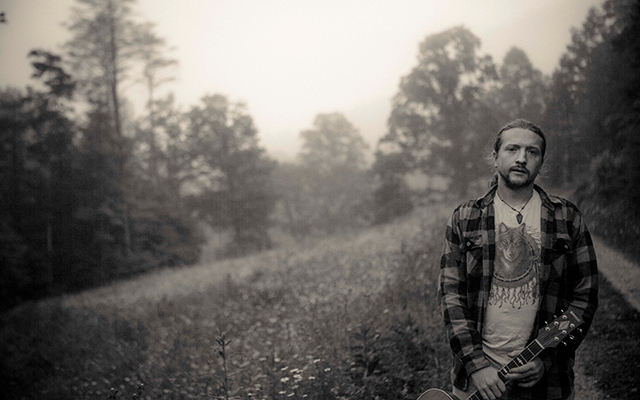 Originally from Kentucky, Tyler Childers began playing guitar and writing songs when he was just 13 and released his first LP six years later. However, it was his second album, 2017’s Purgatory, which broke through, winning critical acclaim – as well as the Americana Music Award for Emerging Artist of the Year – and putting him at the forefront of the ‘new outlaw’ country scene. Now, almost two years to the day, he’s released the highly anticipated follow-up, Country Squire, which was produced by Sturgil Simpson.

The album opens with the title track and right from the off it plants the project firmly in traditional country territory. The lively melody is full of twangy banjo and fiddle, and the drawl in Childers’ vocal is at the forefront throughout, with just enough edge to balance everything out. I also love all the details in the cheeky, playful lyrics and the yearning in the chorus, as well as the twist of what the Country Squire actually is midway through the track. It definitely sets the tone for the rest of the record and I think it’s going to sound great live too.

One thing which stood out to me when listening to Country Squire is how well it flows together as a record. Each song merges seamlessly into the next, often through the use of a string section, which encourages you to sit down and listen to the whole thing all the way through. In a world where singles and radio dominate, this is becoming increasingly rare and I’m impressed that Childers is bold enough to do this. I also like that there’s a little more of a light-hearted feel to the record than there was on Purgatory, particularly on tracks like the bright, upbeat Ever Lovin’ Hand with its clever but bold lyrics – this is definitely not one to listen to in public!

Childers’ skill as a storyteller is also much in evidence on this record, particularly his ability to contrast melody and lyrics. Bus Route is a great early example of this, mixing wry, knowing vignettes about broken hearts, bullying bus drivers and disapproving dad with a bouncy melody, whilst he captures a feeling on nervousness and gratitude through the jangly Gemini, with its unreliable narrator and abrupt yet positive ending. Meanwhile, the atmospheric, bluesy House Fire shows off an ‘I dare you’ attitude in the lyric which matches well with Childers’ softer, slightly shaky vocals and distorted guitars, and All Your’n is destined to become a country wedding classic with its Motown vibe, joyous feel and soulful vocals. It’s great to see Childers exploring different sides of his sound on this record and something I’m keen to see more of from him next time.

However, for me Childers’ biggest strength on the album are his ballads. The lush, piano-led Creeker puts you right at the centre of the dive bar from the first line with its waltz melody and a chorus that you want to sing along to despite the melancholy feel. Childers brilliantly captures the central character – a country boy struggling with the temptations of the big city – and the tremor in his voice on the long, drawn-out notes adds to the downbeat, lonesome feeling. It’s a beautiful, introspective song and one of the highlights of the record. I also loved Peace Of Mind, a subdued series of character portraits of a family that’s stuck in their routine lives, set to a rollicking chorus before dropping into a sparse, string-led melody. The sense of resignation and sadness is palpable and it’s impossible not to feel strangely moved by the song.

The album closes with Matthew, which for me sums up Childers’ skills as a songwriter. It’s the tale of a former soldier reflecting on his life as he works a low-paid job in a gas station, and is full of details and layered instruments. Childers gets the chance to stretch his vocals as well with some impressive runs, and I liked the shimmering effect as well as the echoes back to the opening track (‘had a real job/picked a guitar when there was time’). The long instrumental break adds a folky feel to the song

Overall Country Squire is a great showcase for Tyler Childers’ strengths as a songwriter and has a great blend of traditional country influences whilst not being afraid to experiment and branch out occasionally. It’s packed full of vivid details in the lyrics and is definitely something that will reward multiple listens, with more links between the songs being revealed each time. Childers has gone from strength to strength since his last record and grown as a result, and this record is sure to catapult him even more into the mainstream as well as appealing to fans of his previous record. He’s about to be massive and I’m looking forward to seeing where he goes next.

See Tyler Childers on tour in the UK and Ireland this August and in January 2020: