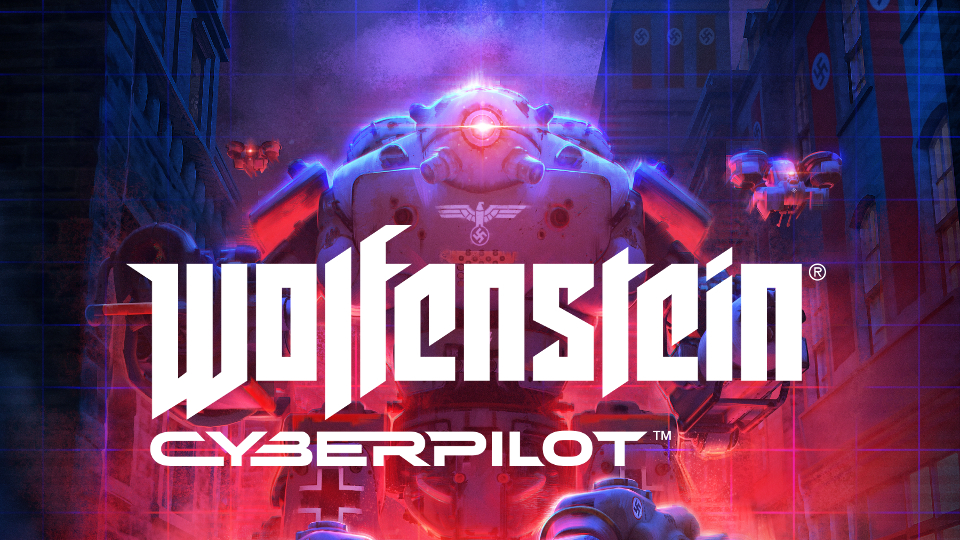 Ever since their takeover of the franchise, MachineGames have released a steady line of great Wolfenstein titles. With a fascinating story, excellent combat and the mighty id Tech engine at their disposal, they can seemingly do no wrong. Here we are with Wolfenstein: Cyberpilot, the first in the series to hit VR platforms, aided by the equally mighty Arkane Studios.

In Wolfenstein: Cyberpilot, you play as a unnamed soldier with a penchant for piloting any machine you’re put in front of. As this takes place before the events of Wolfenstein: Youngblood, you find yourself in Paris during the 1980’s, fighting a losing battle against the Nazi forces. To even the odds the Resistance have gotten their hands on deadly Nazi machines and it’s up to you and a team of hackers to reprogramme them and use them to beat back the invaders.

That’s all the story bothers to give you. The core series has done a great job of building this world and by adding splashes of black comedy, making it recognisable. Wolfenstein: Cyberpilot has none of that. You have two allies, you’ll never lay eyes on them and only one even bothers to speak. To make matters worse there’s no cheeky quips from the player character and no villain like the series is famous for. Once the credits rolled, I was left thinking “Right, is that it?”. You don’t feel as though you’ve accomplished anything. So the story is a write-off, but surely the gameplay is as awesome as the main titles?

Not quite. You’ll pilot 3 machines in the game. Starting off with the series staple, the Panzerhund. Armed with a flamethrower and ramming ability, it was great to play as something you grow to hate in the core series. The Drone is armed with a stun-gun and hacking ability. Stealth is key, as health is almost non-existent. Finally, we have the huge Zitadelle, armed with a machine-gun and rocket launcher. These all handle well enough, if cumbersome. No matter what you play as, you’ll be travelling down a linear path with no alternative routes or collectibles. Enemies don’t engage you until you are very close, leaving you to pick them off at a distance. While the core series forces you to take firefights seriously, Wolfenstein: Cyberpilot has no challenge whatsoever. After each encounter you can self heal without worry and you have infinite ammo.

Before each mission you are introduced to a new machine and you have to rewire it to remove its targeting parameters. Usually it’s as simple as removing the chip somewhere on its body but it can get as complex as having to move between a couple of floors in the laboratory to get what’s needed. Using the DualShock 4, these moments are at best passable and at worst, impossible. Grabbing hold of levers to move up and down a floor or pick up an item just doesn’t work with the DualShock 4. Trying to grab a screwdriver to my left was impossible with my setup, I had to reset my console and move my setup. Move controllers help massively and once you’ve suffered through these sections, you are given a tutorial for the machine before you move on. Why not use the Move controllers all the time? Good question. Simply put, movement is too awkward and the benefit of more accurate aiming isn’t felt when the enemies are standing still, not firing at you. It’s sad there’s nothing more to say. It took me about 2 hours to beat it and a good 30-45 minutes was spent struggling to grab hold of items. Each mission is roughly 20 minutes long and like I said, there is nothing to collect, no points to attain and no alternate paths to take. There is no reason to go through the game again once you finish it.

It looks quite good though. It feels like you are travelling the streets of Wolfenstein: Youngblood. The scaling of buildings is awesome and there is some fantastic lighting and particle effects. Walking through a pitch black car park with crackling embers floating through the smoke and light seeping through, looks awesome. The PSVR version is fairly blurry though. As per most PSVR games, performance was rock solid. Music was entirely forgettable and while the only voice actor did a fine job, they weren’t given anything exciting to work with.

View some Wolfenstein: Cyberpilot screenshots in our gallery:

VR has a lot to prove and while there are some outstanding titles, it’s titles like this that put people off. An hour and a half with no challenge, no reason to go back, no reason to engage with the story…….nothing. Even at the paltry sum of £14.99 it’s hard to recommend. It feels as though the team wasted their time. I understand VR is tough to develop for and that this was likely done by a second or junior team but it’s not good enough. There is only a visual similarity to Wolfenstein, it takes everything that makes the series special and throws it in the bin for a bland and linear experience. Whatever controller method you use, there is problems but given the fact the game is over before you know it, it gets away with it. I’m left with only one other positive, it looks quite nice. Reworked as an on rails shooter with voiced protagonist and allies on screen in the lab would have been much better. What we got was disappointing to say the least.

Wolfenstein: Cyberpilot was reviewed using a digital code supplied by the publisher.