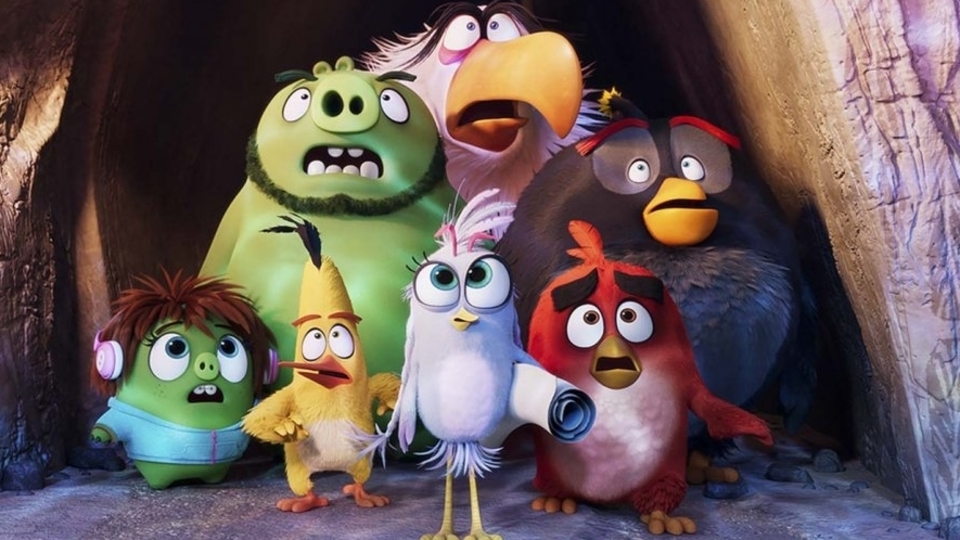 You’d expect a film based on an app to be terrible but the first Angry Birds movie was a surprising hit. The popular game still continues to win over new fans so a big screen sequel was always on the cards. The Angry Birds 2 Movie could have been a cynical cash-in coasting on the previous film’s goodwill but surprisingly, it’s actually a very funny and entertaining movie in its own right that the whole family can enjoy.

The plot is quite simple, as Red (Jason Sudeikis) gets a plea of truce from the pig king Leonard (Bill Hader). They’ve discovered a third island, run by Zeta (Leslie Joseph), who is looking to capture both the birds and the pigs islands to turn them into her own personal playgrounds. With a rag-tag group of characters including Silver (Rachel Bloom), Bomb (Danny McBride) and Garry (Sterling K. Brown), the birds and pigs start a daring mission to thwart Zeta’s masterplan once and for all.

The film is as bright and colourful as you’d expect, almost to the point where you might not want to sit in the first few rows. The plot is simple and gets down to business relatively quickly. By turning this into a mission movie, the characters are given lots of opportunity to really have fun with the concept. As with the first film, outside of the slapstick this plays very well to adults too. The gags here will no doubt resonate most with the adults in the audience and the filmmakers clearly know and embrace this.

Because of this, The Angry Birds Movie 2 is a very funny experience, with some truly hilarious sequences that balance out some of the gags that don’t quite land as big belly laughs. One of the highlights (and honestly, this sequence is worth the admission price alone) is when Red and a few of the gang have to infiltrate a secure based dressed up as an eagle. The costume is ill-fitting and they can’t see properly in it. It’s such a simple premise but it’s executed to perfection. The bit in the urinal is also hilarious.

They’ve assembled a very good cast of old favourites and new gems to make up this sequel. Jason Sudeikis once again leads the line very well, with his character Red experiencing something of an existential crisis this time around, which is mined for comedy very well. Rachel Bloom does a great job as Silver, someone who challenges Red but who also has undeniable chemistry with him. Danny McBride uniformly steals his scenes as Bomb and Game of Thrones favourite Peter Dinklage never disappoints as Mighty Eagle.

The movie is packed with stars and elsewhere, you’ll notice the tones of Awkwafina, Dove Cameron, Bill Hader, Tiffany Haddish, Maya Rudolph, Sterling K. Brown, Eugenio Derbez, Josh Gad, Nicki Minaj, David Dobrik, Pete Davidson, Zach Woods, JoJo Siwa, Colleen Ballinger and Lil Rel Howery. Leslie Jones is really good as the villain of the piece Zeta and gives her role some much needed sass and energy to stand out in a film full of big personalities. When the reasoning is revealed as to why Zeta is doing what she is doing, her performance gets even funnier.

The animation is as lush as you’d expect, and there are plenty of easy gags to keep the kids amused. At only 96mins long it’s just the right amount of time to spend with these crazy birds and pigs, and with a healthy dose of comedy aimed at the grown-ups, it sees to it that The Angry Birds Movie 2 is a very enjoyable way to see in the summer holidays.