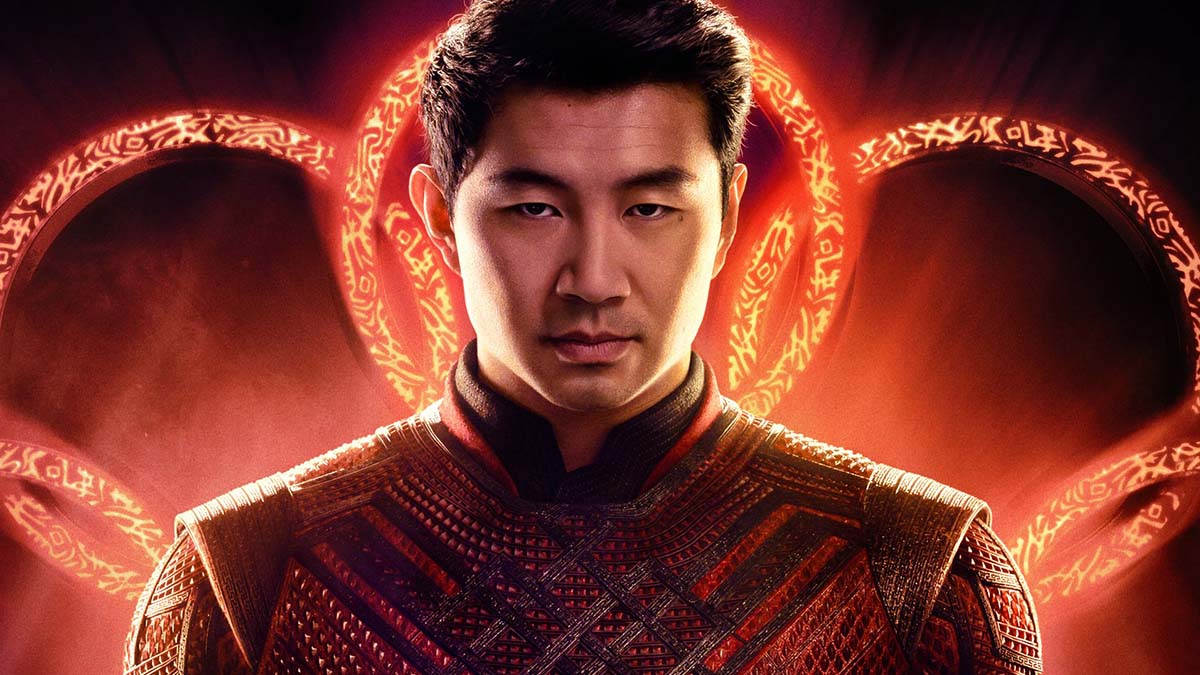 Marvel’s latest phase of big blockbuster movies have taken a conscious approach to bringing some of their lesser-known characters right to the forefront. Shang-Chi, a popular and important character in the Marvel universe finally gets a chance to shine on the big screen in this enjoyable and entertaining action-adventure that ushers in a new generation of heroes to the Marvel Cinematic Universe (MCU).

The plot revolves around mild-mannered part-time valet Shaun (Simu Liu), who lives in San Francisco and spends his time hanging out with his close friend and fellow valet Katy (Awkwafina). When a group of thugs try to steal his neck chain whilst riding on the bus to work, Shaun reveals that he possesses an incredible set of fighting skills.

As Katy soon learns, her friend has a hidden past, and one that is catching up with him fast. Reverting to his real name of Shang-Chi, he must now track down his younger sister Xialing (Meng’er Zhang) and face a reunion with his estranged father Xu Wenwu (Tony Leung), a powerful immortal who has embarked on a mission that could trigger the end of the world.

‘Shang-Chi and the Legend of the Ten Rings’ has a good character-based set-up that lends itself to some exciting exchanges between the cast. This is where the legendary Tony Leung truly steals the film. He is such a magnetic onscreen presence that he effortlessly commands your total attention as Xu Wenwu. Simu Liu does well as the reluctant hero and handles the weight of expectation with a light step and a lot of charisma.

Awkwafina plays Awkwafina, which isn’t a bad thing, but you know exactly what you’re going to get. Meng’er Zhang really impresses as Shang-Chi’s sister Xialing, and clearly has a bigger, more expansive role to play in not only this story, but the bigger picture too. The flashback scenes of Fala Chen as Li, Shang-Chi’s mother, are very emotionally-charged and help establish a credible and engaging back-story for Shang-Chi. Jayden Zhang deserves a special mention here too, playing the young Shang-Chi. Yeun Wa is entertaining as Master Guang Bo, screen icon Michelle Yeoh is as great as you’d expect as Shang-Chi’s aunt Ying Nan and there’s a surprise cameo from an important and very well-known supporting character that delightfully surprises and provides lots of laughs (no spoilers here!).

Director and co-writer Destin Daniel Cretton does a solid job bringing this fantastical story together onscreen. The ‘Short Term 12’ and ‘Just Mercy’ director’s strengths are really in the quieter, more character-based exchanges, and this is where ‘Shang-Chi’ works very well. The set-pieces of the film start off impressively, with a martial arts fight on a moving bus being a brilliant way to showcase exactly what Shang-Chi’s abilities are like. A scaffolding fight at night is the film’s best sequence and is breathtakingly shot. But as the finale draws near, there’s an over-reliance on CGI, and that’s a shame because I think it affects the hard-work the film put in at the start to diligently build up its characters and story.

Regular readers will know how much I love the IMAX experience, and what I feel it brings to blockbuster cinema such as ‘Shang-Chi and the Legend of the Ten Rings’. The entire film is shot with IMAX certified digital cameras and is exclusively in IMAX in 1:90:1 aspect ratio, with 26% more picture onscreen. This does make a discernible difference to the viewing experience and enhances the action onscreen. Visually expanding to fill the entire screen, IMAX exclusively offers this next-gen experience of precision sound and crystal clear images – something that conjures up a truly immersive cinema event. If you can afford the price uplift, then IMAX is certainly the way to go.

‘Shang-Chi and the Legend of the Ten Rings’ is great popcorn fare and a good matinee action film. The start of the film fares better, and it’s a shame the finale relies too heavily on CGI. I found the same to be the case with ‘Black Panther’. The characters and set-up are strong enough to not have to rely on so much CGI to do the heavy lifting. But with the character now firmly established, and with a mid-credits and post-credits scene that sets up some very intriguing avenues to explore, ‘Shang-Chi’ is a welcome introduction to the MCU and one that will entertain audiences across the ages.