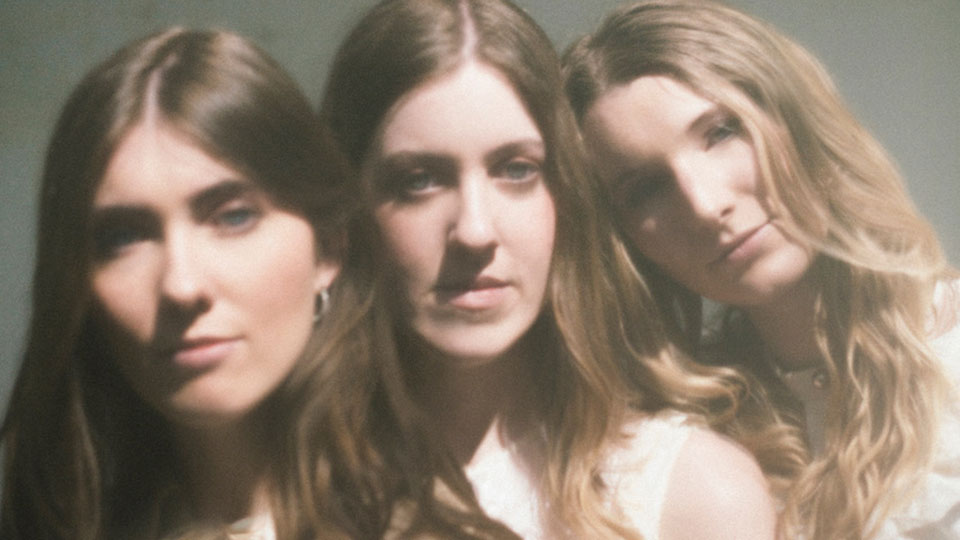 Wildwood Kin – Beth Key, Emillie Key and Meghann Loney – hail from Devon and they rose to prominence after collaborating with folk star Seth Lakeman on his 2016 album Ballads of the Broken Few.

In 2017 they released their debut album Turning Tides and two years on, they are gearing up for the release of their new self-titled album. With Never Alone and Beauty in Your Brokenness already out in the world, the trio is slowly giving fans a taste of what to expect.

Following their recent London showcase, I caught up with the band to find out about the new music, talk about the powerful single Never Alone and to find out what the biggest lesson they’ve learned in their career so far is.

Hi guys. How are you and where does this email Q&A find you?

Hello! We’ve just arrived back home to Devon from London, we had a showcase last night which was great fun!

Your new single Never Alone is out and it’s a deeply personal one for you. What’s the story behind the track and was it a difficult one to create?

The writing process of the album drew out a lot of emotions, lessons and revelations that we’d journeyed through over the couple of years since the last album. This song in particular came from a co write we did with Ed Harcourt who really gave us the space to go deep and dark but we wanted to bring hope into the lyrics too!

The song really is about knowing that when you’re going through a dark time and feel like you’re trapped in chaos (the storms), there’s always hope and security in finding safety and love in the arms of someone who wants to share that burden with you. Never Alone is speaking out the truth that sharing your weight with community/friends/family really is powerful and will become a place where you’ll know that actually you’re never alone in the battle. We’re passionate about mental health and we hope that that translates for a lot of people who are going through a difficult time.

Never Alone is the first single from your upcoming self-titled album. What can your fans expect from the new record?

We feel like this album represents where we’re at musically and lyrically. We’ve learnt a lot since the last album and fans can expect a lot more authenticity, vulnerability in the lyrics and hopefully a more powerful message and sound too. We wanted the album to sound big and full but keep the delicate, intricate and ethereal vibes. The harmonies are still prevalent throughout and we think we’re way more settled in our sound as a band now.

What’s your favourite track from the new record and why?

Our favourite track collectively is called Headed For the Water. We love the arrangement and the vibe of this song and feel like it sums up the general sound of the album. It’s not a single but we loved the process of writing it and it actually came out of a long period of writers rut and frustration when we felt so exhausted trying to force creativity and needed a refreshment and a new lease of energy. And that’s what the song is about really.

Give us a little insight into what you’re like in the studio. How do you pull a song together?

It happens differently every time.

In the studio we usually bring 50% of a finished song lyrically but when we start production in the studio that’s really when the song starts to come to life.

We have to focus on things like the structure and go through the motions of the song over and over until you know it’s right and feels good.

We played the songs over and over in a live set up and our producer Ian Grimble listened to every detail and analyses what worked best, what was missing and what needed stripping back or taking out completely. It’s exhausting but an integral part of the studio process before coming to record.

What would you say is the biggest lesson you learned from your first album that helped you make your new one?

To be honest and say what you think. The worst feeling when you record is coming away wondering if you’d done the right thing. Thankfully our producer was patient when we wanted to try something new and gave us the space to experiment. But also we learnt that sometimes battles are not worth it just for the curiosity and actually sticking to your initial gut feeling is sometimes better than always wondering what if…

Your harmonies always sound so effortless and are at the heart of your music. When did you first realise that singing together created something really special?

We can’t even remember not singing together really, but when we all reached 10/11/12yrs we seemed to mysteriously all develop the ability to harmonise. Our mums are the same. We didn’t learn to harmonise it’s just something we have built in us and we can’t explain how or why but our earliest memory of harmonising together was when we sat round the kitchen table and started singling a hymn and breaking into harmony and finding it quite fun then trying different songs and seeing if we could harmonise to that too, and so since then every car journey together turned into family sing song.

You’ve collaborated in the past with Seth Lakeman on his album Ballads of the Broken Few. What was that experience like and what was the best advice he gave you for your own music?

It was great working with Seth and his music we’d loved since we were young. It was a real honour and we’re grateful to have been given that opportunity so early on in our own musical journey. Touring and performing with Seth really was an eye opener and helped with our confidence performing to big audiences. Seth’s work ethic was very inspiring and we loved that for us it was all about the singing with Seth and the voices together creating a big sound to back him up.

As much as we love playing our instruments I think it really helped us to lock in and become tighter as a harmony group too.

Your headline tour is coming up in November. What is it about being on the road that you love so much?

Creating community and family on the road is the saving grace of touring. We have to get on and learn to love each other and our team, check up on each other and encourage each other. Touring is hard but having the opportunity to meet people every night and see how our music resonates with people really is special and what keeps us going.

What else are you hoping to fit in before the end of the year?

Wildwood Kin release their self-titled album on 4th October 2019. Watch the lyric video for new track Beauty in Your Brokenness below: