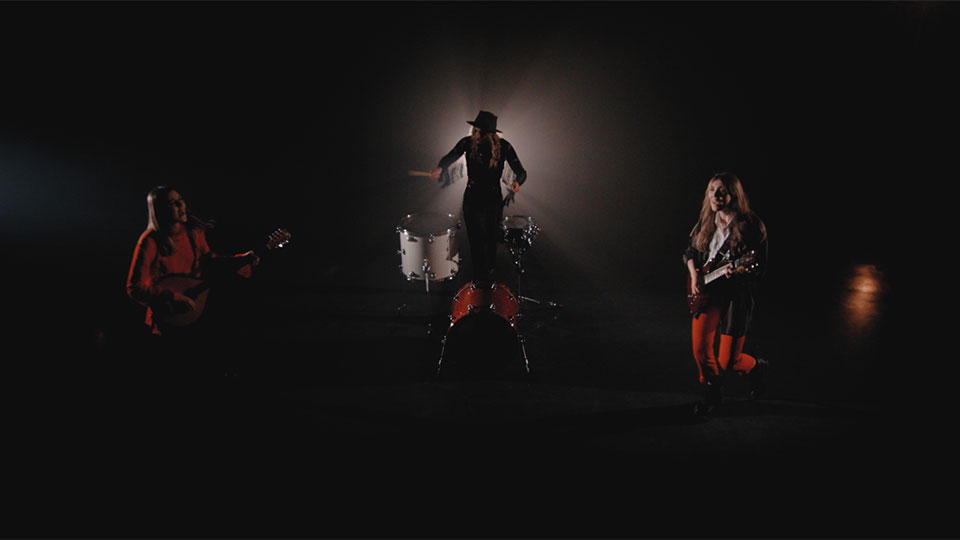 Filmed in the West Pennine Moorlands, the video perfectly reflects the beautifully sombre, Fleetwood Mac-like folk rock ballad. Produced and co-written with Ed Harcourt, Never Alone is deeply personal and a message to anyone feeling as isolated as Meg Loney’s brother – who sadly committed suicide.

Wildwood Kin explain, “For us, this song is about vulnerability and solidarity. As a band, we are very passionate about breaking the silence and stigma surrounding mental health issues, and this song was written about that; how when we take steps to open up conversations about our struggles, we find we’re not alone in them. That juxtaposition is represented visually through the video – each of us isolated and unsure, lost amongst vast moorland, finally coming together in unison. We love the outdoors and it has always been a huge part of our lives, so we wanted that to be represented in the video too, which also inspired the album cover.”

Wildwood Kin will release their self-titled album on 4th October 2019 visa Silvertone Records/Sony Music. The album was written across sessions in in Los Angeles, Nashville and Oxfordshire.

The album will be released on CD, vinyl, and digital/streaming and is now available to pre-order now, with ‘Never Alone’ provided as an instant download.

Wildwood Kin continue their busy summer of festivals before preparing for their mammoth 17-date headline tour this autumn. The tour kicks off in Norwich on 6th November at Waterfront Studio, it includes a date at the Omeara in London on 11th November and concludes in Leeds on the 4th December.

Tickets are available to buy now at https://ticketmaster-uk.tm7559.net/YvmWr.