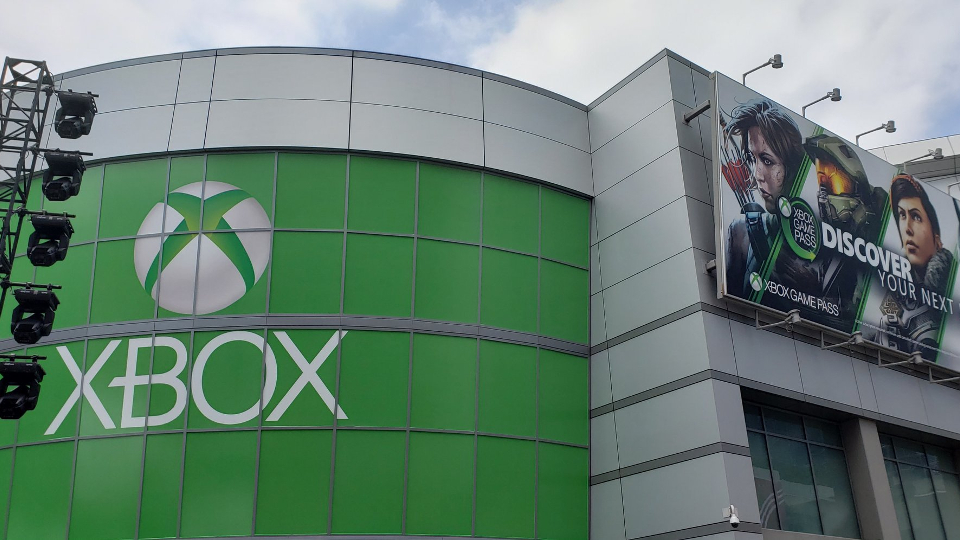 There’s not long now until E3 2019 begins. That means it’s time for us gamers to get excited and start planning when we can watch all the big announcements from our favourite gaming companies.

E3 2019 is the 25th Electronic Entertainment Expo. It will take place at the Los Angeles Convention Center between June 11th-13th. The biggest names in gaming will be holding their big press conferences before the show gets underway. This year though there’s one big absence as Sony PlayStation are skipping the show.

This year there are 8 big press conferences to look forward to. Two of the big three – Microsoft and Nintendo – will be bringing us the latest from the worlds of Xbox and Nintendo.

Some game publishers are also holding conferences again this year, so we’ll be hearing from EA, Bethesda, Devolver Digital, Square Enix and Ubisoft. Finally there’s another PC Gaming Show with all the latest announcements for PC gamers. Several companies have already pre-announced some details of what they are going to be showing and this year there have been a large number of leaks as well.

Below you’ll find details of each E3 press conference, including stream links (if known), along with dates and times. As EF is UK based we’ve gone for BST times to make things easier for our UK readers. Most of the conferences are early to late evening for the UK but a couple are in the early hours.

This year EA have given us a schedule of what to expect from their EA Play event:

Of the games listed above I’m most looking forward to seeing more about Respawn’s Star Wars Jedi: Fallen Order. We should also be finding out more about Apex Legends season 2, FIFA20 and the new Battlefield V maps.

I’m hoping for a few surprises too, particularly EA Originals. Maybe we’ll find out more about the upcoming Sea of Solitude? I’m also rather surprised that there’s no mention of Anthem in the official schedule, it would be great to get an update on the future of BioWare’s online shooter.

With no Sony PlayStation presence this year it would appear that Microsoft have a golden opportunity to impress. While the focus is surely going to be on their upcoming games it would seem the perfect time to give us a tease of the next Xbox console(s).

During the two hour conference Microsoft has said that there will be 14 games shown from Xbox Game Studios. I’m confident we’ll be seeing more about games such as Halo Infinite, Gears 5, Sea of Thieves, Ori and the Will of the Wisps and maybe even Minecraft Earth.

Other games I’m hoping to see include Techland’s Dying Light 2, Ninja Theory’s Bleeding Edge, a new Fable from Playground Games, inXile’s Wasteland 3 and FromSoftware’s Elden Ring. Of course a few surprises would be nice as well.

We expect Microsoft to shout about the success of the Xbox One family, Game Pass, Play Anywhere and Backwards Compatibility. We already know that Xbox Game Pass is heading to PC but there should be more details on what that will offer.

The other thing I’m expecting Microsoft to be showing off is their cloud gaming offering Project xCloud. We know the service will allow users to stream their games to mobile devices but don’t currently know much else. Expect to finally get some proper details on the service and hopefully some pricing.

Watch the Inside Xbox: Introducing Project xCloud video below:

I’m expecting Bethesda to show us plenty more about DOOM Eternal and Wolfenstein: Youngblood. I’d also expect to see some announcements around The Elder Scrolls Online, Rage 2 and Fallout 76. You’ll be able to watch Bethesda’s conference on Twitch and YouTube.

It’s tough to know what else to expect from Bethesda this year. Bethesda has already said don’t expect to hear anything about The Elder Scrolls 6 and Starfield.

Expect something as equally bonkers from Devolver Digital this year. Hopefully there will be some game reveals as well. You’ll be able to watch the conference through Twitch.

If you’re planning on watching I suggest taking their advice:

The Devolver Digital Big Fancy Press Conference 2019 will absolutely be more enjoyable if you are up to speed on the lore.

PC Gamer will be hosting another showcase of PC gaming this year. I’m not completely sure what to expect but you can be sure there will be new trailers and release dates.

One title I do know will be there is Evil Genius 2 from Rebellion:

Ubisoft always have some of the best game announcements at E3 so I’m hoping for plenty of surprises again this year. You can watch the Ubisoft conference on YouTube, Twitch and Mixer.

I’d love to see a new Splinter Cell announced and also expect updates on games like For Honor, Trials, Far Cry, The Division 2 and Assassin’s Creed.

Little is known at the moment about Square Enix’s plans this year but I’m hoping we’ll get more news on the Final Fantasy VII remake and their Avengers game. You can watch the Square Enix conference on Twitch.

Maybe we’ll get some news on Tomb Raider, Hitman and Nier:Automata?

I’m expecting them to focus on their upcoming Switch games including Animal Crossing, Luigi’s Mansion 3 and Fire Emblem: Three Houses. There will likely be details on the Pokémon Sword and Shield titles and Super Mario Maker 2. Knowing Nintendo there will be a few surprises too

Watch the Nintendo Direct Pokémon Sword and Shield video below:

I’m also hoping that Nintendo will have some details on the much rumoured new Nintendo Switch hardware.

EF Games will be bringing you details of all the big announcements from this year’s E3 so check back often or keep an eye on our Twitter and Facebook pages. Remember to give us a Follow or a Like while you’re there!