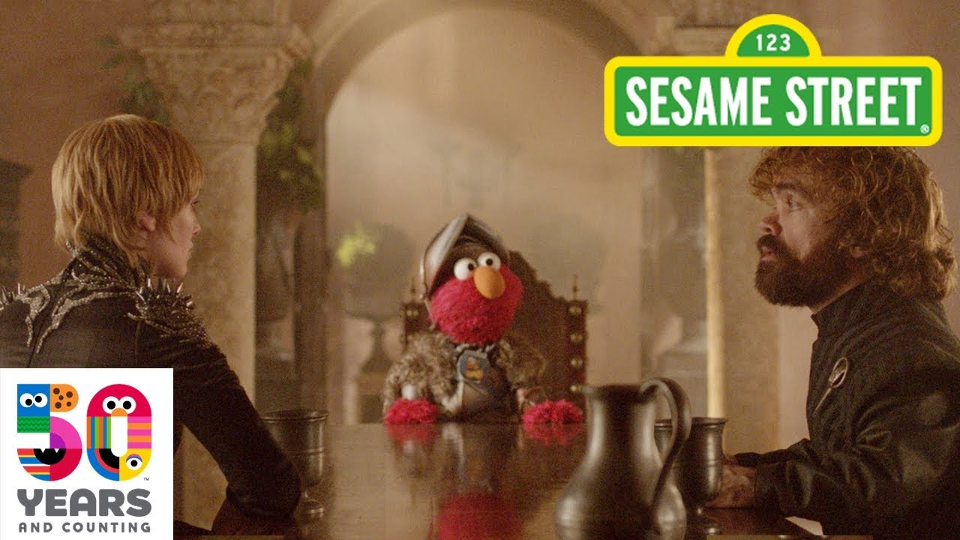 As we wait for Game of Thrones season 8 episode 2, HBO have released an unexpected but entertaining mashup between the show and Sesame Street (which they also own). Has a new contender for the Iron Throne been revealed?

The video, which you can watch below, features a secret meeting between Cersei (Lena Headey) and Tyrion (Peter Dinklage). Tyrion appears to be trying to find a solution to the problems of Westeros while Cersei is being her usual awkward self.

Watch the Sesame Street: Respect is Coming video below:

Their tense conversation is interrupted by none other than Elmo, Sesame Street’s popular bright red character. He tells the two warring Lannisters that he thinks they both need to respect each other. Elmo explains that he and his friends listen and learn from each other.

Tyrion immediately listens and realises they can be stronger if they stop fighting and work together. He say’s he’s willing to do just that. Even Cersei suggests that she can try too. Much to Elmo’s delight.

In this article:Elmo, Game Of Thrones, HBO, Sesame Street