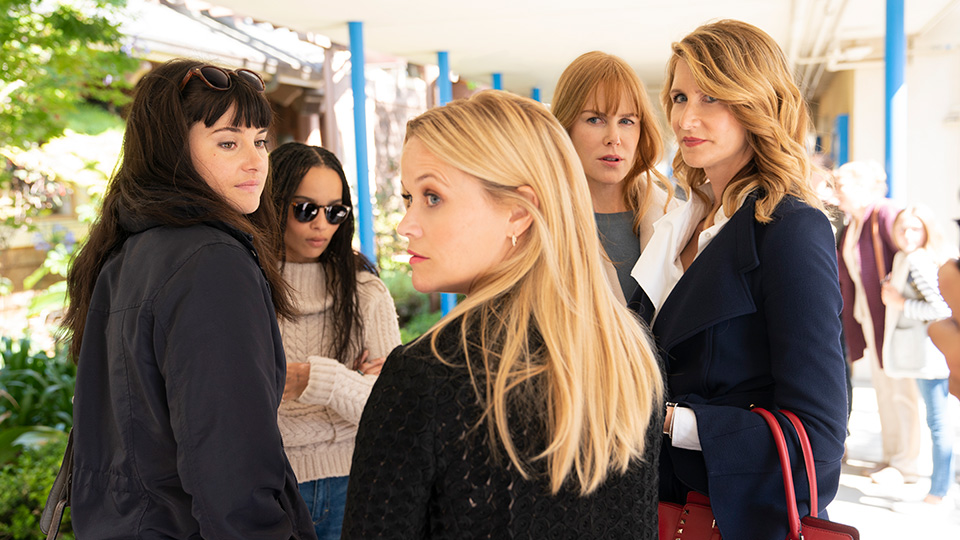 The hit series will also be simulcast with the US on 10th June at 2am before the primetime repeat at 9pm that evening. Take a look at the teaser trailer for the new season:

The second season of Big Little Lies will explore the malignancy of lies, the durability of friendships, the fragility of marriage and the vicious ferocity of sound parenting. Relationships will fray, loyalties will erode… the potential for emotional and bodily injury shall loom.

Viewers can expect The Monterey Five – Madeline (Reese Witherspoon), Celeste (Nicole Kidman), Jane (Shailene Woodley), Renata (Laura Dern) and Bonnie (Zoë Kravitz) – to be on edge as they try to hide what really happened on the night that Perry (Alexander Skarsgard) was killed. That’s going to prove tricky though when Perry’s mother Mary Louise (Meryl Streep) shows up looking for answers.

Big Little Lies is created by David E. Kelley and based on the novel by Liane Moriarty.

If you don’t have Sky, you can sign-up for a free NOW TV trial to make sure you don’t miss the show!