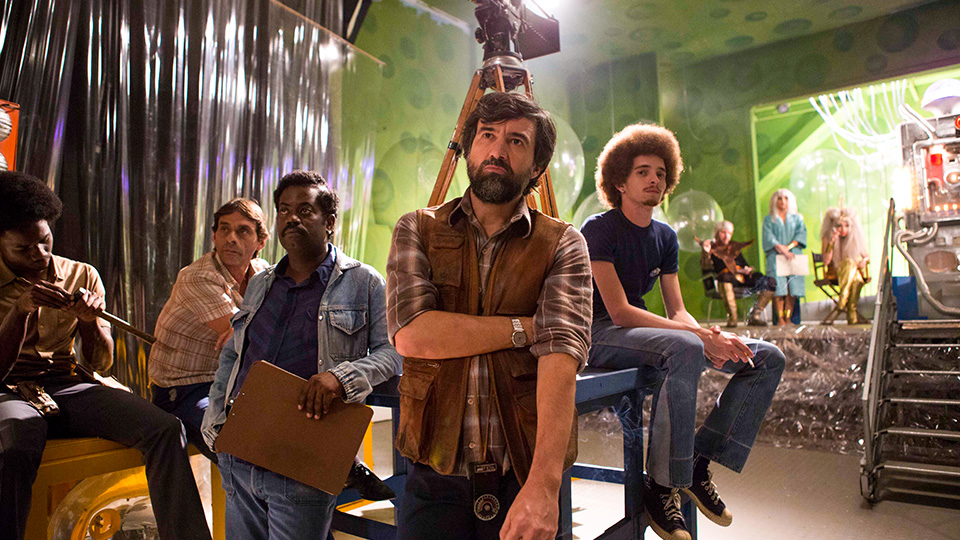 Walter Presents is bringing the second series of Magnifica 70 to All 4 in May it has been confirmed.

Series two promises to be darker and dirtier than the first series, which was a huge success when it aired in the UK. The new series picks up 5 years after the end of the first.

Thinking they’d killed off their main adversary in the brutal army general Souto, they now find themselves under the thumb of the power-lusting head of the censorship office, Dr. Suely. Threatening to reveal the truth behind the death of Larsen at the hands of Vicente’s fake communist group, the Magníficos have to create a new film for Suely and the dictatoral regime.

However, Vicente has other plans… Meanwhile, a drug-addicted Dora returns to the set as an informant for the police to find out who killed Larsen. Her new position now sees her facing a troubling dilemma; give herself up to protect her former colleagues, or save herself by throwing the Magníficos to the wolves?

Magnifica 70 has picked up awards for lead actress Simone Spoladore and director Claudio Torres in Brazil. It won the best cinematography ABC trophy in 2016.

The full boxset will be available to stream exclusively on Walter Presents via All 4 from the 3rd May.

Advertisement. Scroll to continue reading.
In this article:Magnifica 70, Walter Presents