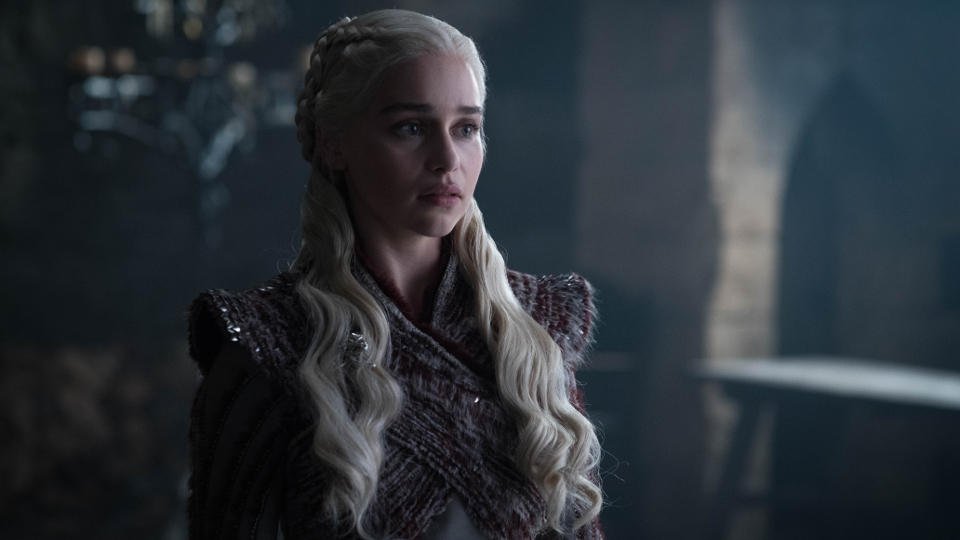 Game of Thrones finally returned today for its eighth and final season and boy was it worth the wait. Much of the episode revolved around events at Winterfell.

The season premiere moved at a blistering pace and set events in motion. Jon Snow (Kit Harington) and Daenerys (Emilia Clarke) arrived in Winterfell with their armies and dragons.

Dany had a frosty reception from both Sansa (Sophie Turner) and the various houses of the North. Many were upset at Jon bending the knee to Dany and throwing away his King of the North title.

Winterfell was the scene for many reunions, including Jon and Bran (Isaac Hempstead Wright), Jon and Arya (Maisie Williams), Jon and Sam (John Bradley-West), Arya and Gendry (Joe Dempsie), Arya and the Hound (Rory McCann) and Tyrion (Peter Dinklage) and Sansa.

As most of the North flocked to Winterfell, some chose to stay away. Dany was concerned that no one liked her but took Jon dragon riding to keep her mind off it.

Bran continued to be creepy and reminded everyone that they didn’t have much time. He also urged Sam to tell Jon the truth. He did just that and Jon now knows that his true identity is Aegon Targaryen. When will he tell his aunt Dany?

In the south, Cersei (Lena Headey) was pleased to hear the Army of the Dead had breached the wall. She was also happy that Euron (Pilou Asbæk) kept his promise and returned with Harry Strickland (Marc Rissmann), 20,000 men and 2,000 horses. She wasn’t happy that they forgot the elephants or that Euron was a sex pest. However, she let him sleep with her to keep him on side.

In the North, Tormund Giantsbane (Kristofer Hivju), Beric Dondarrion (Richard Dormer) and Dolorous Edd (Ben Crompton) popped into Last Hearth where everyone had been massacred. They found a gruesome message from the Night King of a young Lord Umber pinned to a wall surrounded by a spiral of severed limbs. He burst into life as a screaming reanimated wight so Beric set him on fire.

At the end of the episode, Jaime turned up at Winterfell and was faced with Bran. Last time they met, Bran caught Jaime having sex with his sister Cersei. Jaime pushed him out of a tower window which left him paralysed.

Read our Game of Thrones 8×01 Winterfell recap for full details on the episode.

In episode 2, it looks like Jaime gets to face the music for murdering Dany’s father. In the trailer she can be seen holding court with Jaime stood before her. She says when she was a child, her brother would tell her a bedtime story, about the man who murdered their father. About all the things they would do to that man.

Can she afford to punish Jaime for his crimes?

Dany is also shown to have a conversation with Sansa. Dany says that Sansa should never have trusted Cersei and she replies that Dany never should have either. Dany can also be seen giving Sansa a side glance.

Around Winterfell it looks like preparations are stepping up for an epic battle. Gendry is hard at work on the Dragonglass weapons.

Jorah is seen drawing a sword. Correct me if I’m wrong, but is that Heartsbane which Sam stole from his father?

It looks like Jon and Dany might be having a heart to heart in the crypts. Will he tell her the truth? Will he ask her to step aside so he can rule?

Arya is seen firing an arrow at something. She is also heard to say “Death… it’s got many faces, I look forward to seeing this one.

Tormund (Kristofer Hivju) makes it to Winterfell presumably with a warning of what is coming and Jon is seen asking him how long they have. Tormund replies “Before the sun comes up tomorrow.”

A quick montage shows the armies scrambling around Winterfell, a trebuchet in action, Grey Worm and Missandei kissing, Jorah leading the troops on horseback and a worried looking Jon and Dany. Also note there seems to be Dragonglass defences hanging around the Winterfell ramparts.

The final shot shows Tyrion looking out from the Winterfell ramparts. Has the Night King and his army arrived?

Check out some first-look photos from Game of Thrones 8×02.