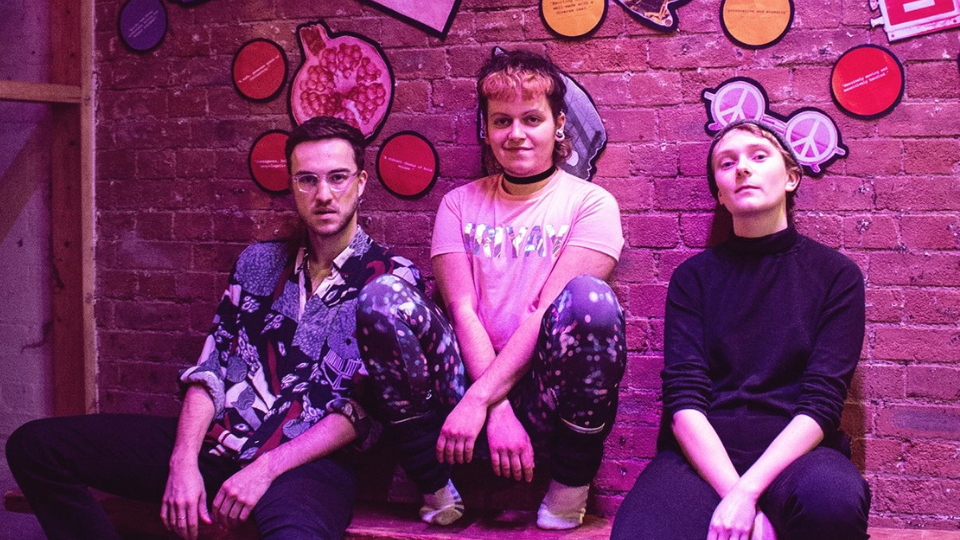 They, Them, We, Us has opened at the Arcola Theatre as part of its Creative Disruption 19 season until 6th April 2019.

The production, directed by Dani Singer, is the culmination of over three months of exploration of the past 50 years of LGBTQIA+ history. The show is created in collaboration with activists and performers whose careers have spanned the period, and whose testimony has inspired the content of the production. These include Andrew Lumsden from the Gay Liberation Front (GLF), Jason Jones, whose recent legal accomplishments saw the legalisation of homosexuality in Trini- dad and Tobago, trade union activist Taranjit Chana, founder of Queer Tours of London, Dan Glass, Bengali LGBTQIA+ rights activist Maz Islam, and Sue Frumin, established lesbian playwright and performer, and founder of queer performance troupe Red Bucket Theatre.

They, Them, We, Us pays tribute to the GLF, and their role in the creation of modern LGBTQIA+ activism. Set in a Queer activist commune, a space where many of the GLF’s early ideas were born, the company uses flights of imagination, physical theatre, music and open conversation to offer the audience our interpretation of events close to home and around the world. With a live, multimedia score by Rob DesRoches incorporating archive recordings from Rainbow Pilgrims, and a politically charged set design by Eden Topall-Rabanes, They, Them, We, Us roots our experiences of contemporary Queerness in the global LGBTAIQ+ community to which we all belong.

Fifty years on from Stonewall, the fight for global LGBTQIA+ liberation is far from over. Director Dani Singer has brought together the sum of their experiences as a theatre maker, activist and facilitator to create a devising environment inspired by the GLF ‘Think Ins’, with the focus on making sense of the history we were presenting—from our individual standpoints, and from the perspective of our community, with the presence of those not in the room in mind.

See three #CD19 shows for £30 Standard/£24 Concessions. Just add them to your basket and you’ll receive a third off. For tickets visit https://www.arcolatheatre.com/event/they-them-we-us/

In this article:Arcola Theatre, LGBT